These executives say that Huawei offers superior hardware, often at lower prices, so a ban could mean Europe falls behind Asian and other countries that use Huawei in the rollout of 5G, the coming superfast wireless technology. A total ban "would have significant financial cost, would have significant customer disruption and would delay 5G rollout in several countries," said Nick Read, chief executive of Vodafone Group PLC on a Jan. 25 conference call. Smaller carriers also prefer Chinese equipment. Jersey Telecom, a government-owned carrier serving the isle of Jersey, a British dependency in the English Channel, solicited multimillion-dollar bids from both Chinese and Western companies in 2014. It needed equipment to build its current wireless network.

Huawei has stated that a dispute with T-Mobile was settled in 2017 after a report said US authorities had opened a criminal investigation into the Chinese telecommunications company. The US justice department (DoJ) was, according to the Wall Street Journal which cited anonymous sources, in the "advanced" stages of a criminal inquiry that could result in an indictment of Huawei. The newspaper said the DoJ was looking into allegations of theft of trade secrets from Huawei's US business partners, including a T-Mobile robotic device used to test smartphones. Huawei and the DoJ declined to comment directly on the report. Huawei said: "Huawei and T-Mobile settled their disputes in 2017 following a US jury verdict finding neither damage, unjust enrichment nor wilful and malicious conduct by Huawei in T-Mobile's trade secret claim." 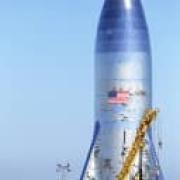 WASHINGTON - U.S. authorities are in the "advanced" stages of a criminal probe that could result in an indictment of Chinese technology giant Huawei, a report said Wednesday. The Wall Street Journal, citing anonymous sources, said the Justice Department is looking into allegations of theft involving trade secrets from Huawei's U.S. business partners, including a T-Mobile robotic device used to test smartphones. The Justice Department declined to comment on the report and Huawei did not respond to a request for comment. The move would further escalate tensions between the U.S. and China after the arrest last year in Canada of Huawei's chief financial officer Meng Wanzhou, who is the daughter of the company's founder and remains under house arrest, awaiting proceedings. The Meng case has inflamed U.S.-China and Canada-China relations. 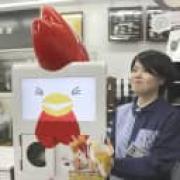 SHANGHAI – China's ambitious drive to dominate next-generation 5G technology faces a sudden reality check as fears spread that telecom companies like Huawei could be proxies for Beijing's intrusive security apparatus. Fifth-generation mobile communications are the next milestone in the digital revolution, bringing near-instantaneous connectivity and vast data capacity. They will enable the widespread adoption of futuristic technologies such as artificial intelligence and automated cars and factories -- advances China is desperate to lead. With 5G's rollout expected to gain pace in coming years, the race to dominate standards and control security and data traffic underpins much of the current high-tech rivalry between the United States and China, technology experts said. Huawei's status as a leading world supplier of the backbone equipment for telecoms systems -- mostly in developing markets -- gives China an inside track.

Rules-Based Trade Made The World Rich, Trump's Policies May Make It Poorer

Nations sell goods and services to each other because this exchange is generally mutually beneficial. It's easy to understand that Iceland should not be growing its own oranges, given its climate. Instead, Iceland should buy oranges from Spain, which can grow them more cheaply, and sell Spaniards fish, which are abundant in its waters. That's why the explosion in free trade since the first bilateral deal was penned between Britain and France in the mid-1800s has generated unprecedented wealth and prosperity for the vast majority of the world's population. Hundreds of trade agreements later, the United States and several other countries established an international rules-based trading system after World War II.

Positron Emission Tomography (PET) is a functional imaging modality widely used in neuroscience studies. To obtain meaningful quantitative results from PET images, attenuation correction is necessary during image reconstruction. For PET/MR hybrid systems, PET attenuation is challenging as Magnetic Resonance (MR) images do not reflect attenuation coefficients directly. To address this issue, we present deep neural network methods to derive the continuous attenuation coefficients for brain PET imaging from MR images. With only Dixon MR images as the network input, the existing U-net structure was adopted and analysis using forty patient data sets shows it is superior than other Dixon based methods. When both Dixon and zero echo time (ZTE) images are available, apart from stacking multiple MR images along the U-net input channels, we have proposed a new network structure to extract the features from Dixon and ZTE images independently at early layers and combine them together at later layers. Quantitative analysis based on fourteen real patient data sets demonstrates that both network approaches can perform better than the standard methods, and the proposed network structure can further reduce the PET quantification error compared to the U-net structure with multiple inputs.

ZTE is trying its hand at making smartwatches for a second time with the ZTE Quartz. Quartz is the company's first smartwatch to run on Android Wear and offer Google Assistant compatibility. The company's first smartwatch, Axon Watch, launched back in 2015 but only in Chinese markets. Quartz has a 1.4 inch AMOLED Gorilla Glass display and a built-in speaker and microphone. The watch also comes with WiFi and 3G, which, along with the mic and speakers, allow for users to answer and make calls without needing their phone.

The Hawkeye Is The Adhesive, Eye-Tracking Phone The Internet Asked For 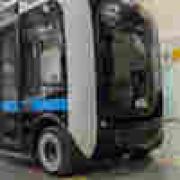 ZTE is a company known for phones -- based in China, it's one of the largest smartphone makers around the world. But as it's trying to branch out, it launched a project last year to crowdsource a new path, asking its customers what they want. Maybe some kind of drone, ZTE executives thought, or a new way to use virtual reality. "In the end, it's a phone," Jeff Yee says, with a laugh. He was the project manager behind the effort.

Chinese smartphone maker ZTE is turning to a slightly more unconventional method to launch its next phone: Kickstarter. The company announced Wednesday that it is using the crowdfunding platform to fund its next smartphone, an eye-tracking handset dubbed "Hawkeye." SEE ALSO: Acer's new gaming monitor tracks your eye movement The company didn't reveal many specs for the upcoming device, which is currently still a prototype. But ZTE said the phone will have a 5.5-inch HD display, dual-SIM slots, a fingerprint sensor and expandable memory. Like the company's other phones, Hawkeye will run Android and come unlocked.