In April, at a special event at Tesla's Palo Alto, California headquarters called Tesla Autonomy Investor Day, Tesla CEO Elon Musk announced that Tesla vehicles are using a new custom-designed processor to power its Autopilot full self-driving (FSD) system. At the time Musk said that no chip was available that had the processing power and power constraints that Tesla required, so the automaker built its own from scratch. Now the technical details of the new chip have been revealed for the first time. At the Hot Chips conference in San Francisco on Tuesday, Tesla's VP of hardware engineering Pete Bannon revealed of the details of the chipset that will power Tesla's future Autopilot, full self-driving (FSD) system. Bannon said that the new AI-powered chip is 21 times faster that the Nvidia chip it's replacing and only 80% of the cost.

Will driverless cars REALLY make our roads safer? Tesla and GM under investigation after 'self-driving crashes'

DRIVERLESS cars are due to appear on UK roads by 2021, with the promise of making our motorways safer and more efficient.

To avoid a rather sizable puddle of rainwater, a Reddit user employed a helpful piece of Tesla technology, the "Summon" feature.

A Culver City firefighting truck was hit by a Tesla on Monday morning, reports stated. The crash occurred while the crew was responding to an accident on the 405 freeway in Washington Boulevard, CBS Local reported.

The Tesla Model X Is (Almost) the Perfect Winter Car

Driving out of New York City at 5 p.m. on a Friday is a stressful endeavor any time of year. Add some slushy snow to the mix, and it's mayhem.

Tesla just announced it's newest, largest supercharger stations in the US.

Every editorial product is independently selected by Mashable journalists. If you buy something featured, we may earn an affiliate commission which helps support our journalism. 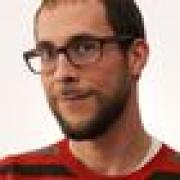 A team comprising Carl Reese, Deena Mastracci and Alex Roy completed a 2,995-mile sprint from California to New York behind the wheel of an Autopilot-enabled Tesla Model S in an impressive 57 hours and 48 minutes, spending most of that time hands-off. Data, including GPS tracking, has been provided to the TransContinental Drivers Association in order to back up the claim. Roy is best known in automotive circles for setting a coast-to-coast record in a gasoline-powered car in 2006, which he completed in an astounding (and, naturally, very illegal) 31 hours and 4 minutes. Mastracci and Reese are equally fond of breaking records -- earlier this year, the pair were part of a team that claimed the least non-driving (charging) time to cross the US in an electric vehicle. Between the three, they possess nine current or former transcontinental driving records. 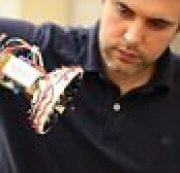 Faraday Future, the mysterious Chinese electric car poised to take on Tesla, unveiled its first production vehicle at CES yesterday. Dubbed the FF91, the self-driving car was described by the firm as representing an entirely'new species' of vehicle. But the company was left red-faced when it tried to demo the car's self-parking feature at its unveiling in Las Vegas. Before the car malfunctioned, the crowd at CES had watched a camouflaged prototype parking itself outside of the venue. It wasn't until the car had to perform the same manoeuvre on stage that events started taking a turn for the worse.