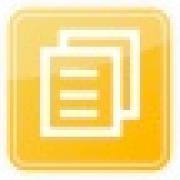 Over the last six months I've been looking at deep learning on the edge, and investigating the new generation of custom silicon designed to speed up machine learning inferencing on embedded devices. The original accelerator hardware was launched by Intel back in 2017, but since then we've seen more hardware from Intel, Google, NVIDIA, and others. Right now, we're seeing a deluge of new hardware based around the Intel Movidius, and the Gyrfalcon Lightspeeur chips. I'm also expecting to see hardware based around Google's Edge TPU later in the year when their System-on-Module (SoM) is finally available in volume. However, there are other less known players in the accelerator market, one of these is Rockchip with their Neural Processing Unit (NPU).