Healthcare has been one of the countless beneficiaries of the revolutionary advances that widespread computing has brought. Fast, efficient data organization, storage, and access that have greatly sped up the medical enterprise, yet many low hanging fruits remain hanging. Chief among those is the increased application of technologies that can process speech. In this post, we'll share with you how speech technology can improve healthcare in the three following ways. Finally, (3) voice signal analysis can be used for earlier diagnosis and to help track the changes in medical conditions over time.

Most business leaders in South America have made inroads in terms of access to skilled professionals to lead initiatives that involve the adoption of technologies such as artificial intelligence (AI), according to a new report by KPMG. According to the CEO Outlook report, 87% of chief executives in the region have accelerated the creation of digital offerings to ensure delivery to their customers. Of all the leaders polled in the region, 57% of executives said they advanced significantly in terms of hiring professionals to deal with projects focused on automation and AI systems. Country's government has introduced initiatives to train 12,000 people in artificial intelligence skillsets, including industry professionals and secondary school students. Of the executives in the region who have reported digital progress, 23% said that in order to achieve such results, it was necessary to overcome obstacles relating to a previous lack of vision around future operational scenarios.

Breaking the Memory Wall for AI Chip with a New Dimension

Recent advancements in deep learning have led to the widespread adoption of artificial intelligence (AI) in applications such as computer vision and natural language processing. As neural networks become deeper and larger, AI modeling demands outstrip the capabilities of conventional chip architectures. Memory bandwidth falls behind processing power. Energy consumption comes to dominate the total cost of ownership. Currently, memory capacity is insufficient to support the most advanced NLP models.

Robots trained with reinforcement learning (RL) have the potential to be used across a huge variety of challenging real world problems. To apply RL to a new problem, you typically set up the environment, define a reward function, and train the robot to solve the task by allowing it to explore the new environment from scratch. While this may eventually work, these "online" RL methods are data hungry and repeating this data inefficient process for every new problem makes it difficult to apply online RL to real world robotics problems. What if instead of repeating the data collection and learning process from scratch every time, we were able to reuse data across multiple problems or experiments? By doing so, we could greatly reduce the burden of data collection with every new problem that is encountered.

"What in the name of Paypal and/or Palantir did you just say about me, you filthy degenerate? I'll have you know I'm the Crown Prince of Silicon Valley, and I've been involved in numerous successful tech startups, and I have over $1B in liquid funds. I've used that money to promote heterodox positions on human enhancement, control political arenas, and am experimenting with mind uploading. I'm also trained in classical philosophy and was recently ranked the most influential libertarian in the world by Google. You are nothing to me but just another alternative future. I will wipe you out with a precision of simulation the likes of which has never been seen before, mark my words."

The Truth About How 5G Will Impact Your Industry

As 5G improves the way we live and work, opportunity for communications increases on a global level. The storytelling that PR and marketing professionals will be tasked with will help educate the masses about the impact of 5G technology across industries. It's a big job, but someone has to do it! As communicators, we are responsible for highlighting how increased data, low latency and faster edge computing is going to make a tangible difference. Merritt Group put out a recent infographic detailing this topic and I'm here to dive deeper today.

How to understand the history of artificial intelligence in the popular press in five easy steps - 1. This technology is amazing! 2. We thought it was amazing, but it's actually terrible! We've moved on to something else. 5. Repeat. I've seen this for data mining, big data, machine learning and deep learning. What's the next AI technology that will be run through the cycle?

Facebook Is Giving Away This Speech Recognition Model For Free 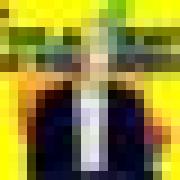 Researchers at Facebook AI recently introduced and open-sourced a new framework for self-supervised learning of representations from raw audio data known as wav2vec 2.0. The company claims that this framework can enable automatic speech recognition models with just 10 minutes of transcribed speech data. Neural network models have gained much traction over the last few years due to its applications across various sectors. The models work with the help of vast quantities of labelled training data. However, most of the time, it is challenging to gather labelled data than unlabelled data.

There is a tendency to believe that artificial intelligence can solve all problems associated with enterprise security programmes. While there is a lot to gain from AI, there is a danger that companies are overly optimistic about exactly what the technology can deliver.

Artificial Intelligence and ML in Cybersecurity: Is it Worth the Hype?

The world is going digital at a pace faster than the blink of an eye. Artificial intelligence (AI) and machine learning (ML) have been heralded as a means of digital technology that can solve a wide range of problems in different industries and applications. This also includes the realm of cybersecurity. Capgemini's Reinventing Cybersecurity with Artificial Intelligence Report, which was published last year, found that 61% of enterprises say they cannot detect breach attempts today without using AI technologies. In a similar survey by Webroot, it was observed that 89% of IT professionals believe their company could be doing more to defend against cyberattacks.