How artificial intelligence (AI) and machine learning are changing DevOps

DevOps engineering is all about accelerating software development processes to deliver value to customers faster, without compromising code quality. Traditional DevOps has come a long way over the past decade and now allows many organizations to implement a CI/CD pipeline. However, in most cases, teams are still relying on a combination of manual processes and human-driven automation processes. This is not as optimized as it can or should be. Watch the on-demand webinar: Lessons from The Phoenix project you can use today.

Why Chromecast is the most interesting of Google's new products

For the past several years, two of the hottest products during the holidays have been low-cost streaming devices from Amazon and Roku, often discounted down to around $25 for end of the year sales. And often left out of the party was Google, which first launched its own unit in 2013, Chromecast, initially selling for $35, a product aimed at early adopters and serious tech nerds. Which is why Google's announcement Wednesday of a new $49.99 Chromecast (available by Oct. 15) was hands down the most interesting of its presentation, and the one most likely to end up in more consumers homes. Also announced were two new smartphones ($499 and $699) and a redesigned Google Home smart speaker with better sound, selling for $99. Help:Blur your home on Maps and erase your data to remove your life from Google's grip With the new Chromecast, Google can now compete in streaming effectively on the same playing field as Amazon and Roku, which each tout having 40 million customers each for their streaming services.

Modelling extreme events in order to evaluate and mitigate their risk is a fundamental goal in many areas, including extreme weather events, financial crashes, and unexpectedly high demand for online services. In order to mitigate such risk it is vital to be able to generate a wide range of extreme, and realistic, scenarios. Researchers from the National University of Singapore and IIT Bombay have developed an approach to do just that. In work recently posted on arXiv Siddharth Bhatia, Arjit Jain, and Bryan Hooi, note that in many applications, stress-testing is an important tool. This typically involves testing a system on a wide range of extreme but realistic scenarios to check that the system can cope in such situations. 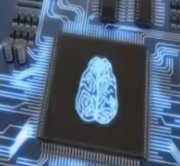 "Chips can help produce better chips" in terms of frequency, power and other performance design parameters, Karl Freund of Moor Insights & Strategy, told this week's AI Hardware Summit. For a range of AI applications spanning automotive and networking to AI acceleration, design objectives were met between 84 percent and 89 percent faster using only a single engineer, according to a recent study by chip design leader Synopsys. "These results… are game-changing," Freund said. In one example, an AI algorithm placed transistors from different logic blocks within an IC design "in completely unintuitive manners," the analyst noted. The results: better frequency, lower power and reduced chip area.

Mr. Jean-François: Imagine a dozen cars at a red light. When the light turns green, the first one will take a couple of seconds to react and restart, while the last one will need an extra 10 seconds, because of the cumulated reaction times of the other drivers ahead. If those cars were automated, the human reaction time would be eliminated, all cars would start at the same time and you could increase the number of cars in a given time frame. It's the same for automated trains: the capacity of the line is increased! The computer will also register the line's exact topography and environment and will precisely adjust the train handling accordingly.

AI models will always be more accurate than gut feelings from scant data because they are objective and have "considered" a wide variety and volume of relevant data. Natural language processing allows data scientists to take newsfeeds, social media text, and publicly available business reports and convert them into data for decision making. By training AI models to learn patterns in all sorts of contextual data that pertain to a particular industry, supply chain managers are able to identify the events that will lead to disruption. They are also able to prescribe the best actions to take to avert disaster in their supply chain or pricing structures. Some AI/ML models can automate an appropriate response or alert the human in charge to make the necessary decisions to avert disruption.

The National Institute of Standards and Technology (NIST) is launching the Differential Privacy Temporal Map Challenge. It's a set of contests, with cash prizes attached, that's intended to crowdsource new ways of handling personally identifiable information (PII) in public safety datasets. The problem is that although rich, detailed data is valuable for researchers and for building AI models -- in this case, in the areas of emergency planning and epidemiology -- it raises serious and potentially dangerous data privacy and rights issues. Even if datasets are kept under proverbial lock and key, malicious actors can, based on just a few data points, re-infer sensitive information about people. The solution is to de-identify the data such that it remains useful without compromising individuals' privacy. 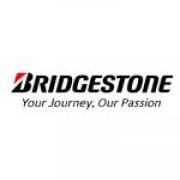 The advent of technology has brought many divergent views from all walks of life. Some are of the view that technology will replace human beings, others remain adamant – we will continue to be in charge and never be threatened by technology. Interestingly, there are those that are neutral. They see technology and human beings collaborating. There is no denying the fact that the Fourth Industrial Revolution (4IR) has transformed the workplace.

Film industries all over the world are producing several hundred movies rapidly and grabbing the attraction of people of all ages. Every movie producer is of keen interest in knowing which movies are either likely to hit or flop in the box office. So, the early prediction of the popularity of a movie is of the utmost importance to the film industry. In this study, we examine factors inside the hidden patterns which become movie popular. In past studies, machine learning techniques were implemented on blog articles, social networking, and social media to predict the success of a movie.

The videos i this article will blow your mind... and they are already out of date. Soul Machines is on the cutting edge of building commercial AI avatars that can appear on a computer screen, and even in 3D, to simulate face-to-face engagement. The face in the main image of this article is one of their 3D avatars and they are already being deployed in banks and energy companies to inform and serve customers. With names such as Jamie (ANZ Bank), Will (Vector Energy), Ava (Autodesk), and Sarah (Daimler Mercedes Benz), they are connecting with customers, replicating human emotion, providing the right answers and asking insightful questions. Many call centre workers in affluent countries have been'off-shored' to lower cost countries, and now those roles are set to be outsourced to AI bots.