Europe's New Car Assessment Program (NCAP) has released its second series of assisted driving grades, and despite having the best technology, Tesla's Model 3 came away with a mediocre score. Driver engagement is a key factor and Tesla's Autopilot system "encourages the driver to relinquish too much control," according to the testers (via RoadShow). The results from the test don't show that Tesla's systems are bad, in fact far from it. Tesla had the top score in vehicle assistance, meaning its automatic braking, lane-keeping and other systems all work well together. It also beat all rivals in the "safety backup" section, as it can handle things like a system failure, unresponsive driver and collision avoidance with aplomb -- as we've seen before in viral Tesla videos.

Mr. Jean-François: Imagine a dozen cars at a red light. When the light turns green, the first one will take a couple of seconds to react and restart, while the last one will need an extra 10 seconds, because of the cumulated reaction times of the other drivers ahead. If those cars were automated, the human reaction time would be eliminated, all cars would start at the same time and you could increase the number of cars in a given time frame. It's the same for automated trains: the capacity of the line is increased! The computer will also register the line's exact topography and environment and will precisely adjust the train handling accordingly.

Volvo Cars, a Swedish company that's owned by a Chinese billionaire and builds vehicles at a plant in the American South using crucial parts made in Mexico, is a poster child for how globally interconnected the auto industry became in an era of increasing free trade. When Volvo opened its factory in Charleston, S.C., in 2018 with ambitious plans to export cars to China, it was the pinnacle of a push to showcase its reemergence as a global brand with a manufacturing presence on three continents. Then the U.S.-China trade war forced Volvo to abandon its export plans. And this spring, as the coronavirus spread around the globe, the factory was plagued by a shortage of components and had to halt production three times. To make matters worse, U.S. car buyers' preferences have shifted rapidly toward sport utility vehicles and away from the sedans Volvo makes in Charleston.

Podcast: How Russia's everything company works with the Kremlin

Russia's biggest technology company enjoys a level of dominance that is unparalleled by any one of its Western counterparts. Think Google mixed with equal parts Amazon, Spotify and Uber and you're getting close to the sprawling empire that is Yandex--a single, mega-corporation with its hands in everything from search to ecommerce to driverless cars. But being the crown jewel of Russia's silicon valley has its drawbacks. The country's government sees the internet as contested territory amid ever-present tensions with US and other Western interests. As such, it wants influence over how Yandex uses its massive trove of data on Russian citizens. Foreign investors, meanwhile, are more interested in how that data can be turned into growth and profit. For the September/October issue of MIT Technology Review, Moscow-based journalist Evan Gershkovich explains how Yandex's ability to walk a highwire between the Kremlin and Wall Street could potentially serve as a kind of template for Big Tech.

A fleet of drones makes up MultiFlyer, a system that can be operated by one person and which could be used to survey crops or inspect buildings, or to help identify people during search rescue missions. The operator manages the fleet rather than individual drones, but can take over a single drone at will, using a tablet computer or even a smartphone. Several operators can share control, and the data gathered by the fleet is collated centrally.

MacGyver-like savviness is needed for AI, including self-driving cars. Who or what is a MacGyver, you might wonder? Well, most people have heard of MacGyver, the TV series and main character that manages to always find a clever means to extricate himself from some puzzling predicament, using his wits to devise a solution out of rather everyday items. Fans know that he carries a Swiss Army knife, rather than a gun, since he believes that using his creativity and inventiveness will always allow him to deal with any untoward circumstance (the knife is handy when you need to defuse a bomb, or when you need to take apart a toaster and reuse its electronics for a completely different purpose and ultimately save your life accordingly). Turns out that you don't necessarily need to have ever seen the show or watched any YouTube clips and yet still nonetheless might know what it signifies to be a "MacGyver" in dealing with a thorny task (it has become part of our lexicon of speaking). 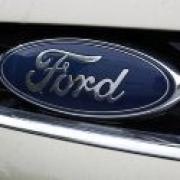 "So we really believe that 5G and cellular V2X [vehicle to everything] will be key technology enablers for future smart vehicles, including advanced drive assist technologies. It will allow us to do Level 3 driving with more confidence in more places, including in urban environments." said Ford's CTO Ken Washington at a recent investor event, according to a Seeking Alpha transcript of his remarks. Level 3 autonomous driving is basically midway between regular human driving (Level 0) and full-blown computer driving (Level 5). Level 3 involves a car driving itself, but only under certain conditions and with an attentive human. Washington said that Ford has been investing in locations around Detroit in order to install and test 5G technologies as well as V2X offerings.

Artificial intelligence (AI) is set to upend nearly every industry. It's a technology that will deliver astronomical gains in productivity, dramatic cost reductions, and tremendous advances in research and development. With AI set to increase global GDP by more than $15.7 trillion by 2030, it can be easy to assume that the technology can be nothing but an unfettered good. That would be a dangerous mistake. AI, like any technology, can have detrimental personal, societal, and economic effects: some common concerns include the fact it provides tools that can be exploited by criminals to compromise the cyber security of individuals and organisations, or that the predictive abilities of AI raise a swathe of privacy concerns.

A report on the public perception of self-driving vehicles in the United States found that 62% of people surveyed believe autonomous vehicles are the way of the future, and that enthusiasm for those vehicles has risen since the onset of the COVID-19 pandemic. The survey of more than 1,000 Americans and its accompanying Consumer Mobility Report comes from Motional, a driverless technology company created by Hyundai and Aptive. Motional was created to work on commercial uses of SAE level four vehicles, which are fully autonomous and able to perform all tasks from the beginning to the end of a trip. Along with finding enthusiasm for driverless vehicles rising, Motional also found that there's a knowledge gap around self-driving vehicles that plays directly into an enthusiasm gap. Respondents who rated themselves extremely knowledgeable about autonomous vehicles were far more likely to believe that those on the road to day are safe and reliable (76%), versus those that said they are less knowledgeable, of whom only 10% said current self-driving vehicles are safe.

Practical Use of A.I. in Transportation

Artificial Intelligence (AI) is a technology that fuels machines with human intelligence -- machines that have AI capabilities can automate manual tasks and learn on the go just like humans. Such automation gets repetitive and time-consuming tasks under the AI-powered systems that learn with time and can eventually carry out critical tasks and make decisions on their own. Such unique potential drove the transportation businesses to start investing into AI technology to improve revenue and stay ahead of their competitors. Transportation industry has just begun to apply AI in critical tasks however the reliability and safety in transport are still under question. Major challenges in transport like safety, capacity issues, environmental pollution, reliability etc. provide a huge opportunity for AI innovation.