My findings on using machine learning for sports betting: Do bookmakers always win?

One afternoon, in the middle of my holidays the thought of using machine learning to predict football results in the premier leagues came to my mind. I have never bet on sports myself because I do not like to dispose of the money, I make that way. However, I entertained the idea. I thought that if I can design an algorithm that gives me over 60% accuracy, I could spread the risk and bet on multiple matches, thus making constant revenue. I thought the following, if I start with £100 (I live in the UK), and bet £10 pounds in 10 different matches, the odds are that I could win around 5 out of 10 matches.

It has been theorized that positive intergroup relations can reduce prejudice and facilitate peace. However, supporting empirical evidence is weak, particularly in the context of real-world conflict. Mousa randomized Christian Iraqi refugees to soccer teams that were composed of either all Christian players or a mixture of Christian and Muslim players (see the Perspective by Paluck and Clark). Playing on the same team as Muslims had positive effects on Christian players' attitudes and behaviors toward Muslims within the context of soccer, but these effects did not generalize to non-soccer contexts. These findings have implications for the potential benefits and limits of positive intergroup contact for achieving peace between groups. Science , this issue p. [866][1]; see also p. [769][2] Can intergroup contact build social cohesion after war? I randomly assigned Iraqi Christians displaced by the Islamic State of Iraq and Syria (ISIS) to an all-Christian soccer team or to a team mixed with Muslims. The intervention improved behaviors toward Muslim peers: Christians with Muslim teammates were more likely to vote for a Muslim (not on their team) to receive a sportsmanship award, register for a mixed team next season, and train with Muslims 6 months after the intervention. The intervention did not substantially affect behaviors in other social contexts, such as patronizing a restaurant in Muslim-dominated Mosul or attending a mixed social event, nor did it yield consistent effects on intergroup attitudes. Although contact can build tolerant behaviors toward peers within an intervention, building broader social cohesion outside of it is more challenging. [1]: /lookup/doi/10.1126/science.abb3153 [2]: /lookup/doi/10.1126/science.abb9990

MILAN – Massimo Zanetti Beverage Group is pleased to announce the launch of its first unmanned twenty-four hour self-service Robocup robotic café in Shenzhen, a city known as the hub for Artificial Intelligence and Information Technology in China. This unique café delivers a fully automated coffee experience where customers can order their coffee – either on a large touch screen menu or through a mobile device. This innovative robotic-driven café marks a milestone for Segafredo Zanetti as the first Italian coffee brand to offer freshly brewed hot and cold coffee via a fully automated operating system, complete with a cup lid covering system in an enclosed environment for food safety. The project was made possible thanks to the special partnership of Robocup China. Supported by e-payment systems and a QR Code drink collection system, customers can now enjoy an authentic Italian coffee any time of the day at their convenience.

Some sports teams explore facial-recognition tech, hope it will help with contactless admission

Several sports teams are exploring the use and implementation of facial-recognition technology in their stadiums, an effort that would help reduce risks from the coronavirus when fans return, the Wall Street Journal reported. The initial outbreak of coronavirus appeared to accelerate due to high-occupancy sports venues in Europe acting as super-spreaders – most notably soccer stadiums in Italy, and matches in the Champions League involving Spanish teams. With some areas seeing the pandemic under control, sports teams are looking to bring back fans in a safe and controlled way. The use of facial-recognition technology may allow sports venues to bring back small numbers of fans – most likely season-ticket holders or VIP guests – suggested Shaun Moore, chief executive of Trueface, a facial-recognition supplier. Moore indicated that the primary concern is that even scanning ticket bar codes could help to spread the virus.

This is a guest post by Mark Wood at Pulselive. In their own words, "Pulselive, based out of the UK, is the proud digital partner to some of the biggest names in sports." At Pulselive, we create experiences sports fans can't live without; whether that's the official Cricket World Cup website or the English Premier League's iOS and Android apps. One of the key things our customers measure us on is fan engagement with digital content such as videos. But until recently, the videos each fan saw were based on a most recently published list, which wasn't personalized. 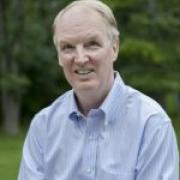 The true story of how Oakland A's general manager Billy Beane constructed consistently strong baseball teams on a small budget brought to the world's attention the importance of data analysis in sports. Today, artificial intelligence (AI) is driving a revolution in sports as data analysis did earlier in the century. But this one will likely have much bigger consequences, as sports data and technology firm Stats Perform in Chicago believes. For pro general managers and college recruiting staffs who decide whom to trade for, whom to draft and whom to recruit -- decisions that make or break teams and careers -- AI offers in-depth knowledge never before available. "To see how AI will disrupt sports is exciting," said Nancy Hensley, who recently joined Stats Perform from IBM. "Let's say you're looking to fill out your soccer team, and on paper, two strikers look similar," said Nancy Hensley, Chief Product and Marketing Officer at Stats Perform on LaSalle Street.

An introduction to Machine Learning with Brain.js

In this post, we'll look at some machine learning concepts and learn more about Brain.js.We will discuss some aspects of understanding how neural networks work. We will learn terms like forward and backward propagation along with some other terms used in the machine learning community. Then we will leverage on the power of Brain.js to build a day to day meeting scheduling application using a constitutional neural network. Using Brain.js is a fantastic way to build a neural network. It learns the patterns and relationship between the inputs and output in order to make a somewhat educated guess when dealing with related issues. One example of a neural network is Cloudinary's image recognition add-on system.

Even before gyms closed down (because they'd quickly become coronavirus Petri dishes), I always found it intimidating to walk through the door. All I've ever done to stay fit growing up has been participating in youth sports. I played soccer, ran laps, and did the occasional pushups, planks, and other bodyweight exercises as coaches demanded them. But as I got older and it came time to tame my steadily expanding beer belly, I'd walk past the free weights section of my local gym and head straight to the treadmill. I know strength training is important but I had no idea where to begin.