Chief national security correspondent Jennifer Griffin reports that the U.S. will only shoot down the Chinese spy balloon if officials can assure zero civilian casualties. U.S. investors were involved in at least 37% of all investment transactions in China's artificial intelligence, or AI, sector between 2015 and 2021, according to a new report. Georgetown University's Center for Security and Emerging Technology found that $40.2 billion of the total money raised by all Chinese AI companies over this time period had U.S. backing. However, the center couldn't determine what percentage of that amount came from U.S. investors or investors abroad. The money went to 251 Chinese AI companies, and 91% of the U.S. investment came as venture capital to earlier-stage businesses.

Blueprints for a dream: the new age of virtual architecture

"Something big is happening," says Hamza Shaikh. "Architecture is entering a new age." The ways in which buildings are imagined and communicated are, he argues, being transformed by a combination of social media and the ever-evolving techniques of digital drawing, to which artificial intelligence is adding new capabilities. And indeed, if it is not yet clear how blocks of flats or schools or shopping centres near you might be changed by this revolution, the energy and invention behind it are undeniable. There is also, as Shaikh justifiably claims, a social transformation.

There's something very wrong with this roast dinner… can YOU work out what it is?

Potatoes, Yorkshire puds, gravy, meat and veggies - the Sunday Roast is a meal integral to British identity. It is believed to have its origins in medieval times, around the 12th century, when village serfs were rewarded with roasted ox by their masters after church. At first glance, these plates show golden roast potatoes, billowing Yorkshire puddings, a perfectly juicy joint and lashings of gorgeous gravy. But take a closer look and the traditional dish appears more and more suspicious. Artificial intelligence has generated several photos of the traditional dinner, including all the trimmings. A user on Reddit shared the images, however it was unclear how the AI created the pictures or what software was used. 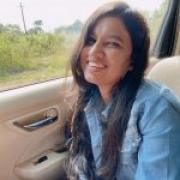 The AI startup culture in China has expanded quickly in recent years due to vast amounts of data and an abundance of people with technical skills. A wide spectrum of technology, including computer vision, natural language processing, and self-driving automobiles, has been developed by Chinese firms in the AI domain. Many of these firms have also successfully obtained sizable funding from investors, domestically and abroad. Let's check out a few of the most cutting-edge AI startups based in China. Horizon Robotics is focused on developing energy-efficient solutions for the Internet of Things (IoT) and smart vehicles. A new Rembrandt painting – by a computer. Photos of people who don’t exist: when it comes to realizing art world fantasies, Artificial Intelligence is delivering the goods. A great opportunity - or are there dangers? How AI is changing creativity.

According to the White House, the informal Quad alliance of Australia, India, Japan, and the United States has decided to deploy machine learning and other cutting-edge technology to improve cyber security. During a meeting of the Quad Senior Cyber Group on January 30 and 31, representatives from Australia, India, Japan, and the United States reaffirmed their commitment to advancing an inclusive, free, and open Indo-Pacific region, according to the statement. The Group pledged to use machine learning and related cutting-edge technologies in the long run to improve cyber security and create secure channels for private sector threat information sharing and Computer Emergency Response Teams (CERT), according to a statement released by the White House on Thursday. It added that these goals are a key component of the group's forward-thinking, cutting-edge work plan. The group also committed to developing a framework and methodology for ensuring supply chain security and resilience for information communication technologies (ICT) and operational technology (OT) systems of critical sectors.

The Lunit SCOPE PD-L1 does AI-based quantification of tissue samples using a scoring system. Integrating it with the Guardant test will enhance biomarker assessment for NSCLC patients, the company claimed in a press statement. The AI has helped lift the test's detection of PD-L1 by over 20% compared to manual pathologist interpretation.

ChatGPT Alternatives Rise Up, Including a Bot from China's Baidu - Grit Daily News

The rise of ChatGPT and generative AI as a whole has been hard to miss in the past months, especially with Microsoft throwing its money behind OpenAI, the parent company of ChatGPT. However, with that attention has come a slew of ChatGPT alternatives, including a ChatGPT-style bot set to be launched in March by Baidu. According to Reuters, China's Baidu plans to launch an AI chatbot service in March similar to OpenAI's ChatGPT. While it will originally be launched as a standalone application, there are plans to integrate it into Baidu's search engine, much like what Microsoft is planning to do with OpenAI's technology and Bing. The goal is to incorporate the chatbot-generated results in search requests, providing more than links to users. Additionally, Baidu has unveiled AI-powered "creators," which can assume various roles, including: All of this comes as Baidu continues to invest heavily in AI tech, including cloud services, chips, and autonomous driving.

50 phenomenal brand ambassadors to work with in 2023 Commentary: Who should we hold responsible when AI goes wrong? - CNA

SINGAPORE: Who do you think should be responsible when artificial intelligence or algorithms malfunction: The programmer, manufacturer or user? Singapore plans to be a global leader in artificial intelligence (AI) by 2030. This involves, on the one hand, widespread deployment of AI in a variety of settings, and on the other, widespread trust in these AI solutions. Clearly that trust needs to be well-placed, but what does it mean for trust to be well-placed? Certainly, one part of this is AI getting things right reliably often. But that alone is not enough.