Protect your privacy: A guide to avoiding drone surveillance

The Texas Department of Public Safety say criminal organizations have increasingly turned to using drones to scout out areas for illegal immigration. I share a ton of tips to protect your privacy online. Do this quick 30-second check to keep your Google and Facebook accounts safe if you haven't yet. What about when you leave your home? Just about everywhere you go, you're being watched.

Tech employees on visas face layoffs, instability, and the threat of deportation amid industry upheaval 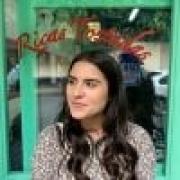 Employee layoffs at some of the world's biggest tech giants are churning up a flooded and volatile market. And, according to new reported estimates, that impact may be disproportionately devastating to a single population: Indian IT employees. Reported by financial news site Mint, a number of "industry insiders" estimate that between 30 and 40 percent of IT layoffs(Opens in a new window) affected employees on temporary work status from India. Given the nationwide estimate of 200,000 IT employees impacted directly by layoffs since November, this means potentially 80,000 people now face the task of finding stable work within 60 days before being forced to go back to their countries of origin. Most of these employees, including a huge swath of tech workers from China(Opens in a new window), are on non-immigrant work visas like the H-1B, a temporary three-year visa with an option for extension.

Public Programs Are Only as Good as Their Data

Data scientists will have a bumper year in 2023 as governments invest heavily in applying AI and algorithms to public policy. The European Commission has committed €1.3 billion ($1.38 billion) to research and innovation under the Digital Europe Programme. The UK government is funding £117 million ($143.6 million) for PhDs in AI, and it's already on the second year of its 10-year plan to "make Britain a global AI superpower." Examples of ongoing initiatives include the National Health Service's use of AI to identify abnormalities in CT scans and the Department for Work and Pensions' efforts to detect fraud in universal credit applications. This story is from the WIRED World in 2023, our annual trends briefing. Today, the increasing use of fossils and the increase in greenhouse gases (GHGs) have caused climate change. Unfortunately, climate change has become one of the direst crises of our time, causing natural disasters that often result in the eviction of large groups of people, called'climate migrants.' These migrants move to city and state borders to escape the devastating impacts of climate change on their homes and communities. As per the United Nations International Organization for Migration, around one billion people will become climate migrants in the coming next three decades. This number might extend to 1.2 billion by 2050 and 1.4 billion by 2060.

President Joe Biden on Thursday warned undocumented migrants to stay away from the US border while opening the door to limited legal arrivals from four impoverished countries, in a delicate balancing act on one of the country's most explosive political issues. Biden, who is expected soon to declare his bid for a second term, is seeking to thread the needle on an issue where he faces pressure both from anti-immigration Republicans and from leftwing Democrats arguing for greater human rights. Calling the US immigration system "broken," Biden also announced he will visit the US-Mexico border town of El Paso in Texas on Sunday, on the eve of a North American leaders' summit in Mexico City where border security will be a key issue. Under his new plan, Biden said a controversial rule called Title 42 would be expanded to allow border guards to immediately turn away more would-be migrants if they arrive by land. "Do not just show up at the border," Biden warned in an address to Americans from the White House.

The new Thales multimodal biometric pod is an efficient enrolment and identification solution that helps smoothly manage travelers' border and immigration processes. The combination of'iris & face' capture and recognition capacities enables a fast and secure enrolment and ID verification at borders. The pod features a modern design that perfectly suits the authority's needs in highly secure environments. The travel industry and border security agencies have recognized the need to improve efficiency and overall traveler experience at border entry and exit points. For years, biometrics has been used by authorities to simplify traveler experiences at borders, speeding up people enrolment and ID checks such as the eGates or Entry-Exit Systems.

Shocking drone footage shows migrants streaming across the U.S.-Mexico border into Eagle Pass, Texas, virtually unimpeded. The footage, captured by Fox News with thermal imaging cameras, is just one example of the daily mass crossings reporter Bill Melugin has witnessed at the border over the past week. Border crossings have surged under President Biden, and multiple migrants told Fox that "Joe Biden es el major," or "Joe Biden is the best." Melugin says the border crossings happen every morning "with no resistance" on either side of the border. Biden's administration has insisted that the U.S.-Mexico border is "closed" despite overwhelming evidence to the contrary. Illegal immigrants in a single file line after driver is busted by DPS officers.

Whether pursuing academia or industry, this degree uniquely positions students for the future of research and high demand careers with a mastery of integrating engineering domain knowledge into AI solutions. Our master's programs are self-supported or have an outside funding source (such as the student's employer) to pay for tuition and living expenses. To see annual tuition rates, visit Carnegie Mellon's The HUB website Note that immigration regulations do not allow Carnegie Mellon University to issue visa documents for part-time master's programs. 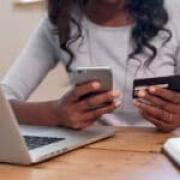 Biometrics are reaching a crucial point in the adoption curve, with a Mastercard survey showing and a Juniper report forecasting that people are ready to use new technologies, and convinced of the main value proposition of biometric technology. People have privacy and security concerns, however, and a hacker group showed why this week. Facial recognition also made headlines for research from Herta and academics on look-alikes, a possible new regional HQ for NtechLab, and UK trust framework certification for Amiqus. NIST's image quality standard is now on a timeline, meanwhile, and details emerged in IriTech's search for a strategic investor. A Mastercard survey indicates that roughly seven out of ten consumers find biometrics easier and more secure than other authentication options, but just over half are willing to use the technology to save time.