An interdisciplinary group of researchers developed an artificial intelligence algorithm capable of writing reviews for wine and beer that are largely indistinguishable from those penned by a human critic. Wine and beer reviews also make a great template for AI-generated text, he explains, because their descriptions contain a lot of specific variables, such as growing region, grape or wheat variety, fermentation style and year of production. "It only understands binary 0's and 1's." Kopalle adds that his team would like to test the algorithm's predictive potential in the future--to have it guess what an as-yet-unreviewed wine would taste like, then compare its description to that of a human reviewer. "An online product review has the ability to really change people's opinion," notes Ben Zhao, a machine learning and cybersecurity expert at the University of Chicago, who was not involved in the new study.

20 Machine Learning in Marketing Examples You Should Know

So declared tech insider Mariya Yao in a recent Forbes column that enumerated the various ways machine learning can (and should) be employed to improve marketing efforts in today's data-glutted world. "In the new economy," Yao added, "a marketing unit without machine learning mastery operates at a serious handicap." As a Technology Review article put it, machine learning (which uses an algorithm to identify and learn from data patterns) helps marketers "radically rethink" their campaigns by anticipating future customer moves and more accurately assessing needs through the scouring of data, the identification of patterns and the creation of "predictive models." Here are 20 examples of how machine learning is revolutionizing marketing. How it's using machine learning in marketing: Combining machine learning with natural language processing, OneSpot aims to increase brand engagement and content consumption via algorithms that automatically analyze a brand's content assets.

OppFi Inc., a 10-year-old fintech platform based in Chicago, targets U.S. households with an average of $50,000 in annual income that need extra cash for car repairs, medical bills, student loans and other expenses. Todd Schwartz, the company's chief executive, said its customers are employed and have bank accounts but are otherwise "locked out of mainstream financial services." The Morning Download delivers daily insights and news on business technology from the CIO Journal team. OppFi, which made its public-market debut last summer, uses an AI model, real-time data analytics and a proprietary scoring algorithm to automate the underwriting process. It generates a credit score by analyzing a loan applicant's online shopping habits, income and employment information, among other data sources. 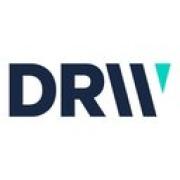 DRW is a technology-driven, diversified principal trading firm. We trade our own capital at our own risk, across a broad range of asset classes, instruments and strategies, in financial markets around the world. As the markets have evolved over the past 25 years, so has DRW – maximizing opportunities to include real estate, cryptoassets and venture capital. With over 1000 employees at our Chicago headquarters and offices around the world, we work together to solve complex problems, challenge consensus and deliver meaningful results. Our Data Product team is responsible for the propagation of reference data across the firm.

Many psychology studies have confirmed the biased nature of human judgments and decision-making. When interacting with a new person, for instance, humans often make a series of automatic and superficial judgments based solely on their appearance, facial features, ethnicity, body-type, and body language. Researchers at Researchers at Princeton University, Stevens Institute of Technology, and the Booth School of Business of the University of Chicago have recently tried to predict some of the automatic inferences that humans make about others based solely on their face, using deep neural networks. Their paper, published in PNAS, introduces a machine learning model that can predict the arbitrary judgments users will make about specific pictures of faces with remarkable accuracy. "As psychologists, we are interested in how people perceive and judge faces, especially when there are important consequences, such as hiring and sentencing decisions involved," Joshua Peterson, one of the researchers who carried out the study, told TechXplore "However, most work up to now was limited to studying artificial 3D face renderings or small sets of photographs."

Intersection of AI and Cyber Insurance

Exhibitioners at the Century of Progress International Exposition held in Chicago from 1933-1934 touted washing machines and air conditioners as capable of bringing vast changes to our everyday lives. This optimism for future generations is inherent within the human psyche. As such, we often speak of artificial intelligence ("AI") as a lofty, almost dream-like reality that awaits us in the not-so-distant future. But AI proliferates today and extends beyond the entertainment-based efficiencies embedded within Netflix and TikTok that we read about; attorneys apply AI to document review projects; vehicle manufacturers use AI to control a vehicle's acceleration, speed and steering; hospitals and doctors are using AI to triage and diagnose patients; and biotech companies increasingly rely on AI to model the potential success of newly developed therapies and vaccines. Insurance carriers remain optimistic about the efficiencies to be gained by implementing AI-based applications into their workflows.

When college instructor Angela Dancey wants to decipher whether her first-year English students comprehend what she's trying to get across in class, their facial expressions and body language don't reveal much. "Even in an in-person class, students can be difficult to read. Typically, undergraduates don't communicate much through their faces, especially a lack of understanding," said Dancey, a senior lecturer at the University of Illinois Chicago. Dancey uses tried-and-true methods such as asking students to identify their "muddiest point" -- a concept or idea she said students still struggle with -- following a lecture or discussion. "I ask them to write it down, share it and we address it as a class for everyone's benefit," she said.

3 Exercises to Boost Your Team's Creativity

Almost every business, of every size, across sectors, employs creativity training, from whiteboard brainstorming sessions to design thinking. It's a billion-dollar industry, and with good reason: Creativity is the main engine of innovation and entrepreneurship, and a major driver of resilience. Instead, it perpetuates expert bias and pseudo-innovation, and although it can temporarily boost morale, it does little over the long haul to reduce burnout. On the whole, research has shown it to be at best inadequate and at worst counterproductive. To understand what's broken, and how to fix it, my lab partnered with teams at a variety of organizations, among them Silicon Valley startups, U.S. Special Operations, the University of Chicago Booth School of Business, and Fortune 50 companies.

Students on Chicago's South Side got a deep dive into the world of artificial intelligence and machine learning on Saturday. "We're using machines and learning to code a car then racing it," said student Trevaughn Scott. Amazon Web Service's Deep Racer League partnered with the Chicago Collegiate Middle School to bring the experience front and center for students. The students train and code a virtual model of a car and then it downloads into this physical version which races around a track. "They get to learn that the AI is not perfect," said Kendall Hudson, senior program manager.