Toyota moves to take on Tesla in high-tech auto software 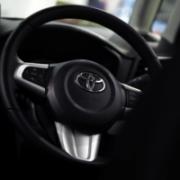 Toyota Motor Corp. is tapping a star Silicon Valley robotics expert to help put the final touches on an operating system it says will go up against that of Tesla Inc. Called Arene, the system allows new features to be installed in a car's existing hardware over the air and provides a platform for developers to create software. It's being developed by Toyota's new technology research arm Woven Planet Holdings Inc., led by Chief Executive Officer James Kuffner, a former Google engineer. Tesla is already a leader when it comes to over-the-air updates of a car's operating systems, which control everything from braking to Wi-Fi, locking and lights. It has been upgrading its electric vehicles' battery range and autonomous functions remotely via updates since 2012. On an earnings call last week, Chief Executive Officer Elon Musk said Tesla is willing to license its software capabilities to third parties and is already in talks with original equipment manufacturers.