A smart surface for smart devices

We've heard it for years: 5G is coming. And yet, while high-speed 5G internet has indeed slowly been rolling out in a smattering of countries across the globe, many barriers remain that have prevented widespread adoption. One issue is that we can't get faster internet speeds without more efficient ways of delivering wireless signals. The general trend has been to simply add antennas to either the transmitter (i.e., Wi-Fi access points and cell towers) or the receiver (such as a phone or laptop). But that's grown difficult to do as companies increasingly produce smaller and smaller devices, including a new wave of "internet of things" systems.

How AI and IoT are Emerging as the Future of the Industry?

The Internet of things (IoT) has a significant potential to fall into the endless pit of a buzzword- vagueness, and it merely is an ecosystem of various kinds of objects that are connected through the Internet. These kinds of objects ranging from cell phones and wearables to machines, generate a constant and massive amount of data every day. The artificial intelligence (AI) also often falls into the same trap. The goal of artificial intelligence in the new IoT scenario is not only to use the humongous data to extract meaningful insights but also to help IoT integrated setups to derive higher value. It implies the machine's intelligence, where the device gains the capabilities of simulating a real human brain.

CHINA often goes all in when it comes to technology that it believes in. The country has invested significantly in autonomous vehicles, 5G, and artificial intelligence in recent times. The internet of things (IoT), however, didn't get all the attention it deserved -- but that's changing quickly. The Chinese Academy of Sciences (CAS) has just announced that it will be launching a constellation of 72 satellites to help the nation bolster its interests and ambitions in IoT over the next 3 years. According to Xinhua, China's national news agency, the program will be implemented by Beijing-based private satellite company "Commsat," which was funded by the Xi'an Institute of Optics and Precision Mechanics under the CAS. 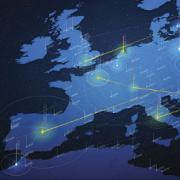 When the signal is in the noise: The limits of Diffix's sticky noise.

While you might be thinking "one of these things is not like the other," they are all examples of the Internet of Things (IoT). They are all everyday objects that can be connected to the internet and be recognized by other devices and contribute info to a database. The Internet of Things describes Internet V.2, where data is created by things. "If we had computers that knew everything there was to know about things--using data they gathered without any help from us--we would be able to track and count everything, and greatly reduce waste, loss and cost. We would know when things needed replacing, repairing or recalling, and whether they were fresh or past their best."

For the first issue of the PCMag Digital Edition in 2019, we're fast-forwarding to envision what technology--and our tech-driven society--will look like in 2039. We wanted to explore the myriad ways in which tech will be more intertwined with our lives and will have changed our culture. To do so, we interviewed a select group of futurists, execs, academics, researchers, and a speculative fiction writer, who gave us some thoughtful predictions. Each of our interviewees has a unique perspective on the most important factors that will influence our tech-driven future, including artificial intelligence, automation, biotechnology, nanotechnology, autonomous vehicles, Internet of Things devices, smart cities, and much more. They also speculate how broader issues such as climate change and online privacy and security will affect us and the technology with which we'll be living. It's our best educated guess at predicting what our world and technology's role in it will look like--whether our lives will be dystopian, utopian, or somewhere in that vast gray area in the middle. Jason Silva is host of the Emmy-nominated series Brain Games on National Geographic. He also created and hosts the YouTube series "Shots of Awe." The ebullient Venezuelan-born documentary filmmaker, speaker, and TV personality--who was once described by The Atlantic as "a Timothy Leary of the viral video age"--is a techno-optimist whose ideas are influenced by (among others) fellow futurist Ray Kurzweil, Wired founding editor Kevin Kelly and his concept of the Technium. In the next 20 years, we're going to see exponential progress in some of these nascent technologies, like virtual reality and augmented reality. I think the next thing to dematerialize is the smartphone itself. What that looks like, who knows? Maybe it's a pair of eyeglasses we put on that are connected to some kind of computational device, and it will beam an augmented reality interface that fully overlays, that is contextually aware, and enhances the way we interface with the world--so that essentially, each one of us has that kind of personalized experience of reality.

I don't need to tell you that the IoT is growing at an exponential rate. Vehicles, wearable gadgets, RFID sensors and software are advancing past basic function and the network is growing to include even more advancements each day. I have more connected gadgets in my home this year than I did last and I'm sure I'm not alone. I'd also bet that these advancements will be even more commonplace in our homes, businesses and on the road in 2019. Let's take a look at five IoT predictions for the coming year and how we can anticipate their impact. 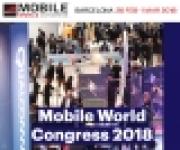 With MWC always at the beginning of the year, albeit in late February, there's always a stack of telco and related news to come, and with 5G clearly the top of the totem pole when it comes to obvious topics.

IoT 2017 in review: The 10 most relevant IoT developments of the year

As we go into 2018 the IoT Analytics team has again evaluated the main IoT developments of the past year in the global "Internet of Things" arena. This article highlights some general observations as well as our top 10 stories from 2017.