As a leading SEO company, it is important that we set the example straight by showcasing our ranking on very competitive keywords of organic rankings on Google. Allied Technologies ranks on the first page of Google on many keywords & some of them are listed here. These rankings prove our expertise in SEO services and organic ranking. We have mastered the process and we know all it takes to ensure you rank better on search engines. Contact us today to get a free audit of your website and drive more traffic, leads and conversions.

AI Predictions For 2022 And Beyond - Liwaiwai 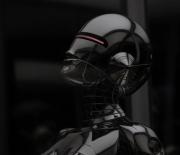 We have all been down the same train of thought regarding artificial intelligence, thanks to sci-fi films peppered throughout the history of Hollywood: Artificial intelligence is too dangerous. However, as time has proven over and over again, humankind is unable to duplicate the same kind of AI that we see in the movies..yet. Any attempt at creating artificial intelligence is garnered towards machine learning and semantic similarity. We're still a long way from sentient A.I, but here's what's going on in the industry and what we can expect moving forward. The prestigious business magazine recognizes the fact that we already utilize A.I. in our day to day, and is playing an important role in automation.

The success and growth of AI is undeniable. Yet there are still basic tasks performing poorly, despite or because of automation. In some cases, you can blame reliance on outdated AI. In other cases, it is a result of corporate policies or multiple AI systems that compete against each other. The AI systems in question may be top notch, but they play against each other. It is similar to a Wall Street firm using two separate, competing black box trading systems, resulting in cannibalism.

In the early hours of Saturday morning, the European Union (EU) approved a law that would allow authorities to impose a state of emergency on social media sites, search engines, and online marketplaces. The "crisis mechanism" was among a long set of rules in the Digital Services Act, which aims to make the internet safer. Prompted by Russia's invasion of Ukraine, it will give authorities in the bloc significant influence over how major tech platforms with more than 45 million EU users, such as Facebook, TikTok, and Amazon, are run during pandemics and wars. "It was agreed that when a crisis occurs, such as a public security or health threat, the Commission may require very large platforms to limit any urgent threats on its platforms," says Henna Virkkunen, a Finnish member of European Parliament (MEP) from the European People's Party, who took part in the negotiations. The landmark rules will also hand European authorities new powers to force tech platforms to be more transparent about how their algorithms work, to remove more content or products defined as "illegal," and to restrict advertising based on a sensitive information, such as race, sexual orientation, or politicial affiliation.

Scholarships for students with disabilities

In 2017, the National Disability Institute completed a financial survey. It showed that students with disabilities take out fewer loans than nondisabled individuals. However, 36% of respondents with student loan debt did not complete their degree. As someone living with a disability, you have other payment options -- like scholarships. Scholarships for students with disabilities can help you avoid some student loan debt.

Summary: Researchers trained an AI to determine which psychotropic agent a zebrafish had been exposed to based on the animal's behaviors and locomotion patterns. Neuroscientists from St. Petersburg University, led by Professor Allan V. Kalueff, in collaboration with an international team of IT specialists, have become the first in the world to apply the artificial intelligence (AI) algorithms to phenotype zebrafish psychoactive drug responses. They managed to train AI to determine--by fish response--which psychotropic agents were used in the experiment. The research findings are published in the journal Progress in Neuro-Psychopharmacology and Biological Psychiatry. The zebrafish (Danio rerio) is a freshwater bony fish that is presently the second-most (after mice) used model organism in biomedical research.

Researchers design multiple strategies for an artificial intelligent (AI) agent to solve a stochastic puzzle like Minesweeper. For decades, efforts in solving games had been exclusive to solving two-player games (i.e., board games like checkers, chess-like games, etc.), where the game outcome can be correctly and efficiently predicted by applying some artificial intelligence (AI) search technique and collecting a massive amount of gameplay statistics. However, such a method and technique cannot be applied directly to the puzzle-solving domain since puzzles are generally played alone (single-player) and have unique characteristics (such as stochastic or hidden information). So then, a question arose as to how the AI technique can retain its performance for solving two-player games but instead applied to a single-agent puzzle? For years, puzzles and games had been regarded as interchangeable or one part of the other.

Are you overwhelmed at all the things you need to accomplish to rank in search engines? WriterZen allows you to plan a strategy from topic discovery to keyword research, all the way to writing the content and checking for plagiarism. In this WriterZen review, you'll see what WriterZen is, how it works, and its features, and by the end of this article, you should know if WriterZenis right for you. WriterZen is a complete SEO package that can help you map out a strategy for your SEO. Its set of tools was designed to help you write articles that rank on any search engine, be it Google, Yahoo, Bing, or YouTube.

Click here to join the seminar. Research on machine learning (ML) algorithms, as well as on their ethical impacts, has focused largely on mathematical or computational questions. However, for algorithmic systems to be useful, reliable, and safe for human users, ML research must also wrangle with how users' psychology and social context affect how they interact with algorithms. This talk will address how novel research on how people interact with ML systems can benefit from decades-old ideas in social science. The first part of the talk will address how well-worn ideas from psychology and behavioral research methods can inform how ML researchers develop and evaluate algorithmic systems.