You won't be able to see the long-awaited Super Mario Bros. movie in theatres for the holidays this year: Nintendo has pushed back the animated film's release date to April 2023 from December 2022. Acclaimed video game designer Shigeru Miyamoto has announced the delay on Twitter, along with film's the new premiere dates of April 28th in Japan and April 7th in North America. Miyamoto didn't reveal the reason behind the delay or say if the COVID-19 pandemic had anything to do with it. He only said that he and Chris Meledandri, the CEO of Illumination animation studio, have decided to move the film's global release date. The Nintendo exec also apologized and promised that "it will be well worth the wait."

'Lightyear' trailer introduces Buzz and a new handful of heroes

The latest trailer for Pixar's Lightyear gives us a bit more of the legendary Space Ranger's origin story. Captain Buzz Lightyear (voiced by Chris Evans) journeys through hyperspace to a new planet, only to realize that his journey took over 60 years in real time. Lightyear and his robot cat Sox (voiced by Peter Sohn) team up with a new squad of Rangers (voiced by Keke Palmer, Taika Waititi, and Dale Soules) in order to get home. But it won't be so easy: Emperor Zurg and his army's arrival pose a major threat to Buzz's mission... and the whole universe. Lightyear hits theaters June 17. 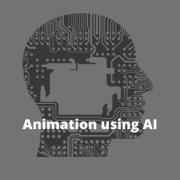 That film will be legislated by robots and amped comparably as delivered by profound literacy computations. With the help of big data in media and entertainment assiduity, AI is prominently used in vitality assiduity. There are data that indicate there are certain jobs that now ought not to be executed physically and AI robotization will do them effectively. Still, there is a lesser demand for able individualities who'll prepare profound literacy computations to perform routine assignments like making an advanced character look life-suchlike. AI would help innovative artists to concentrate on redundant bewitching effects rather than on the work escalated figure by figure redaction fashion.

How AI Is Breathing Life Into Animation 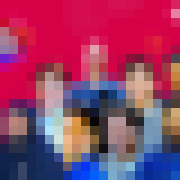 "Knowing how powerful machine learning has become, it's just a matter of time before it completely takes over the animation industry." In recent years, deep learning has increased the modern scope of animation, making it more accessible and powerful than before. Artificial intelligence has become a shiny new weapon in the creator's arsenal. The advancement of hardware and AI has blurred the lines between virtual and real characters(eg: movies like Alita). Something that could have taken hours to perform by animators is being done by automation in minutes.

If you've ever wondered how Pixar has become a master manipulation of your emotions during its animated films, color and light adjustments are two key elements you may not have noticed. In an excerpt from his book Full Spectrum: How the Science of Color Made Us Modern, Rogers explains how the studio is pushing the boundaries of what screens can even display, and that soon the effects could be "a function of pure cognition, different for every viewer, existing only in the mind, then fading to nothingness." Scientific advances offer all kinds of possibilities for living longer lives, but as the global population approaches eight billion, both sides of the longevity argument face questions about the appropriate way to proceed. In an article adapted from her recent book Atlas of AI, Crawford explains why relying on facial recognition to determine a person's emotional state isn't accurate. Even though tech companies continue to argue otherwise, the ability of AI to assess emotion based on facial expressions is far from an exact science.

Digital Humans on the Big Screen 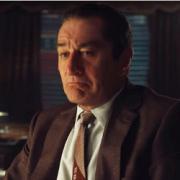 Artificial images have been around almost as long as movies. As computing power has grown and digital photography has become commonplace, special effects have increasingly been created digitally, and have become much more realistic as a result. ACM's Turing Award for 2019 to Patrick M. Hanrahan and Edwin E. Catmull reflected in part their contributions to computer-generated imagery (CGI), notably at the pioneering animation company Pixar. CGI is best known in science fiction or other fantastic settings, where audiences presumably already have suspended their disbelief. Similarly, exotic creatures can be compelling when they display even primitive human facial expressions.

How Pixar uses AI and GANs to create high-resolution content

As digital animators continue to push the boundaries of technology and creativity, the technical teams that support them are turning to artificial intelligence and machine learning to deliver the tools they need. That's the case at Pixar, where the company has made new machine learning breakthroughs it hopes will both improve quality and reduce costs. Vaibhav Vavilala, technical director at Pixar Animation Studios, has been leading some of those efforts after carefully studying recent scientific literature and monitoring the work at the R&D labs of parent company Disney. Vavilala said those advances have the potential to reduce Pixar's datacenter footprint by half for some stages of production. Vavilala made his remarks during a presentation at VentureBeat's Transform 2020 conference. In recent years, Vavilala has worked on the lighting and rendering optimization team on such Pixar movies as Coco, Incredibles 2, and Toy Story 4. But a couple of years ago, he began focusing on a concept called Deep Learned Super Resolution. 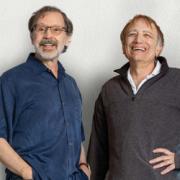 When Ed Catmull earned his Ph.D. from the University of Utah in 1974, with a thesis on three-dimensional (3D) computer graphics, he applied for jobs in academia. He did not get a single one. His academic interests eventually led him to co-found Pixar Animation Studios, create the breakthrough 1995 animated film Toy Story, and receive the Association for Computing Machinery's 2019 A.M. Turing Award, along with his colleague Pat Hanrahan. At the time, nobody thought computer graphics were worth much of anything. Catmull, 74, remembers trying to convince Hollywood studio executives that the technology he was working on would be important to the future of movies.

Walt Disney is synonymous with mainstreaming of animation. He was a visionary beyond his time. His creativity and imagination turned simple 2-D characters based on a mouse and a duck into a multi-billion dollar business conglomerate. However, back then animation used to be an extremely labour intensive exercise and animators/cartoonists had to frame by frame draw the entire film. That is how things used to be until the arrival of the year 1972 when two researchers from the University of Utah, Ed Catmull and Fred Parke created a computer animated short video of Catmull's left hand. Script supervisors, editors, CG artists and actors all had better look out: "It's all over by 2045 -- we are no longer running the show." Following Paul Walker's death in 2013, the Furious 7filmmakers faced the delicate task of finishing the film using a digitally created version of the actor. To do so, they resorted to performance capture with the help of the actor's brothers, Caleb and Cody, as well as painstaking computer animation from a team at VFX house Weta. That was state-of-the-art in 2014. But imagine if, instead, a computer could have stepped in, watched all of Walker's performances in the previous Furious films, learning the minute details of how he walked, talked and even raised an eyebrow.