Neuralink: Ready for chips in your brains? Talking Tech podcast

Hit play on the player above to hear the podcast and follow along with the transcript below. This transcript was automatically generated, and then edited for clarity in its current form. There may be some differences between the audio and the text. Welcome back to Talking Tech. Do you remember the TV series Black Mirror? 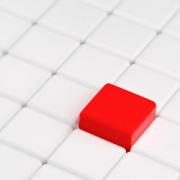 Past research has shown that static-analysis tools suffer from common usability issues such as a high rate of false positives, lack of responsiveness, and unclear warning descriptions and classifications. To address the usability issues of static-analysis tools, Lisa Nguyen Quang Do et al.20 proposed a user-centered approach to designing these tools during the development of the analysis, as opposed to keeping the development of the analysis and its user interface (UI) separate. To this end, they defined 10 guidelines for designing the UI of an analysis tool. The authors extracted those guidelines from existing literature and a study that they have conducted across 17 static-analysis tools and 87 software developers at Software AG. The guidelines consider analysis engine requirements, user behavior, reporting platforms, and the effects of company policies on the usage and adoption of static-analysis tools.18 This article explores the effect of applying this user-centered approach and the design guidelines to SWAN,26 a security-focused static-analysis tool for the Swift programming language. SWAN is being actively developed to feature better integration into the Swift development workflow, a faster and more precise analysis engine, and a new UI. Our goal is to evaluate the effectiveness of the approach and guidelines for improving the usability of the next version of SWAN. SWAN is being created to address the lack of openly available static-analysis tools for Swift.

Smartphone applications utilizing AI, meanwhile, helps providers easily communicate, and can send out alerts with detailed image findings within minutes of of a scan being completed. These results can be accessed anywhere from a mobile device, expediting diagnosis to treatment times like never before. However, the authors noted that depending on AI as a standalone reader inevitably results in medical errors, which has bred skepticism among many in the imaging community, as those medical errors can be life-threatening for patients. "It is important to understand the intended clinical use of the technology," the doctors explained. "The best use case scenario is not autonomous AI, but rather AI partnered with human supervision."

Right on schedule, drone manufacturer DJI has released a long-awaited firmware update for its flagship Mavic 3 drone. This update follows a smaller update for the Mavic 3 that landed back in December of last year. Installing new firmware on a drone is a little more nerve-wracking than installing it on something like a smartphone. A crash on the iPhone is a lot less permanent than a crash with a drone. But I did what I normally do and installed the firmware as soon as it became available late last night -- there's an app update for iOS, Android, and anyone using the RC Pro controller and a firmware update for the drone).

With a large market to tap into, providing AR experiences can be a competitive edge in many industries. The improving technology also stands to allow for greater efficiency in the workplace. Experts at MobiDev looked at some of the augmented reality trends driving innovation in 2022. Mobile augmented reality has many clear advantages that make it the center of much of the technology's attention. Mobile devices, by their nature, are very portable and easy to bring into nearly any space.

5 Key Technologies for the Development of the Metaverse

Extended reality technologies aren't new, but the way that we interact with them has changed rapidly within the last several years. As businesses compete for supremacy in this space, the landscape of these new innovations has become confusing and uncertain for many. What is the Metaverse, where is it taking us next, and what are the key technologies driving its development? Before we get into the details, let's first understand what we're talking about. Recently, the concept of a Metaverse has been popularized by Facebook's rebranding to Meta, but the story doesn't start there.

Your Hotel Concierge Is Probably a Texting Robot. Srsly.

The hospitality industry is shifting to texts and automated responses to communicate with guests; “not something I’d pick up the phone for.”

Zombies Are Humans Without Consciousness

In the second in a three-part series on monsters in philosophy, Hi-Phi Nation traces the cultural history of zombies from voodoo folklore, George Romero films, and the creatures used in philosophical thought experiments. Folklore, film, and philosophy seem to converge on the idea that consciousness is what a creature needs to be worthy of moral concern, something a zombie lacks. But we have no idea when something crosses over from being a zombie to being conscious, particularly current AI systems. Guest speakers are Christina van Dyke (Columbia), David Chalmers (NYU), John Edgar Browning (Savannah College of Art and Design), and Eric Schwitzgebel (UC Riverside). Listen to Seasons 1 through 4 at Hi-Phi Nation.

How to turn articles into audiobooks on iOS

Setting aside time to read a good article or two isn't always easy: there's always something else to take care of first. As a result, many of us try to fit our reading into the margins of our lives: on our commutes, waiting in doctor's offices, or in the few minutes before our eyes get heavy enough to fall asleep. That might be enough for the infrequent reader, but it's tough for more ambitious folks to get through that stack of unread articles by slowly chipping away. Audiobooks are great for letting you tune into your favorite books while you're working on something else. Unfortunately, you can't typically get custom-narrated versions of articles for read-it-later apps with text-to-speech like Pocket or Instapaper listen to as you churn through your chores.

Microsoft-Activision deal: What will it mean? Talking Tech podcast

Hit play on the player above to hear the podcast and follow along with the transcript below.This transcript was automatically generated, and then edited for clarity in its current form. There may be some differences between the audio and the text. Welcome back to Talking Tech. You likely heard me a couple days ago talking about Microsoft's huge deal to acquire Activision Blizzard, which is the video game publisher that makes a ton of big titles, including Call of Duty, World of Warcraft through Blizzard, and a host of others. The big concern for some video game players, particularly owners of a PlayStation, is whether they should be worried that one of the industry's biggest games and Call of Duty may no longer be on the platform.