Co-Op is facing a legal challenge to its'Orwellian' and'unlawful' use of facial recognition cameras. Privacy rights group Big Brother Watch claimed supermarket staff could add people to a secret'blacklist' without them knowing. But Co-Op says it is using the Facewatch system in shops with a history of crime, so it can protect its staff. Big Brother Watch said the independent grocery chain had installed the surveillance technology in 35 stores across Portsmouth, Bournemouth, Bristol, Brighton and Hove, Chichester, Southampton and London. It claimed staff could add individuals to a watch-list where their biometric information is kept for up to two years. 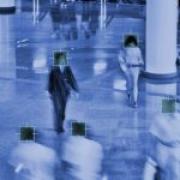 Irish officials may be questioned over the country's plans for facial recognition technology for surveillance during a session with the United Nations Human Rights Committee in Geneva this week. The Irish Council for Civil Liberties (ICCL) has submitted a Shadow Report on what they determine as gaps between the International Covenant on Civil and Political Rights and the reality in Ireland, plus recommendations to rectify them. The group also blames Irish authorities for failing to uphold GDPR, thus allowing surveillance to remain business as usual for digital companies worldwide. The ICCL report, an alternative to the report submitted by the Irish state, is endorsed by 37 organizations and has identified gaps across areas such as the right to a fair trial and freedom from torture, as well as three breaches involving police surveillance and six across data protection. The UN Human Rights Committee meets every four years and countries are invited in turn to defend their human rights provision. 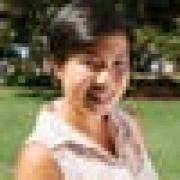 Privacy watchdogs in Europe are considering a complaint against Apple made by a former employee, Ashley Gjøvik, who alleges the company fired her after she raised a number of concerns, internally and publicly, including over the safety of the workplace. Gjøvik, a former senior engineering program manager at Apple, was fired from the company last September after she had also raised concerns about her employer's approach towards staff privacy, some of which were covered by the Verge in a report in August 2021. At the time, Gjøvik had been placed on administrative leave by Apple after raising concerns about sexism in the workplace, and a hostile and unsafe working environment which it had said it was investigating. She subsequently filed complaints against Apple with the US National Labor Relations Board. Those earlier complaints link to the privacy complaint she's sent to international oversight bodies now because Gjøvik says she wants scrutiny of Apple's privacy practices after it formally told the US government its reasons for firing her -- and "felt comfortable admitting they'd fire employees for protesting invasions of privacy", as she puts it -- accusing Apple of using her concerns over its approach to staff privacy as a pretext to terminate her for reporting wider safety concerns and organizing with other employees about labor concerns. A spokesperson for the ICO told TechCrunch: "We are aware of this matter and we will assess the information provided."

London's Met Police is expanding its use of facial recognition technology

The UK's biggest police force is set to significantly expand its facial recognition capabilities before the end of this year. New technology will enable London's Metropolitan Police to process historic images from CCTV feeds, social media and other sources in a bid to track down suspects. But critics warn the technology has "eye-watering possibilities for abuse" and may entrench discriminatory policing. In a little-publicised decision made at the end of August, the Mayor of London's office approved a proposal allowing the Met to boost its surveillance technology. The proposal says that in the coming months the Met will start using Retrospective Facial Recognition (RFR), as part of a £3 million, four-year deal with Japanese tech firm NEC Corporation.

The EU is facing a backlash over new AI rules that allow for limited use of facial recognition by authorities -- with opponents warning the carveouts could usher in a new age of biometric surveillance. A coalition of digital rights and consumer protection groups across the globe, including Latin America, Africa and Asia are calling for a global ban on biometric recognition technologies that enable mass and discriminatory surveillance by both governments and corporations. In an open letter, 170 signatories in 55 countries argue that the use of technologies like facial recognition in public places goes against human rights and civil liberties. "It shows that organizations, groups, people, activists, technologists around the world who are concerned with human rights, agree to this call," said Daniel Leufer of U.S. digital rights group Access Now, which co-authored the letter. The use of facial recognition technology is becoming widespread.

The European Union's lead data protection supervisor has called for remote biometric surveillance in public places to be banned outright under incoming AI legislation. The European Data Protection Supervisor's (EDPS) intervention follows a proposal, put out by EU lawmakers on Wednesday, for a risk-based approach to regulating applications of artificial intelligence. The Commission's legislative proposal includes a partial ban on law enforcement's use of remote biometric surveillance technologies (such as facial recognition) in public places. But the text includes wide-ranging exceptions, and digital and humans rights groups were quick to warn over loopholes they argue will lead to a drastic erosion of EU citizens' fundamental rights. And last week a cross-party group of MEPs urged the Commission to screw its courage to the sticking place and outlaw the rights-hostile tech.