The Mark Cuban Foundation announced Wednesday that they will be hosting a no-cost Artificial Intelligence (A.I.) Boot Camp in Portland this fall for underserved high school students. The A.I. boot camp is one of the 30 camps across the U.S. and will teach students basic A.I. concepts and skills. The camp will be held on four consecutive Saturdays starting on Oct. 22 and ending on Nov. 12. Each camp session is five hours and no prior experience is required. At the camp, students will learn what A.I. is and is not.

How AI is changing IoT

IoT has seen steady adopted across the business world over the past decade. Businesses have been built or optimized using IoT devices and their data capabilities, ushering in a new era of business and consumer technology. Now the next wave is upon us as advances in AI and machine learning unleash the possibilities of IoT devices utilizing "artificial intelligence of things," or AIoT. Consumers, businesses, economies, and industries that adopt and invest in AIoT can leverage its power and gain competitive advantages. IoT collects the data, and AI analyzes it to simulate smart behavior and support decision-making processes with minimal human intervention.

Sustainability spurs a new future for smart mobility in UAE

DUBAI: Six years after the Dubai Roads and Transportation Authority laid the roadmap for driverless vehicles by 2030, smart mobility has swept the landscape with intelligent concepts that are changing the region's social infrastructure. The move has already spurred sustainable cities into high gear with smart transportation such as autonomous shuttles, e-bikes and e-buggies set to own the roads. An excellent example of a fully-integrated residential project is Sharjah Sustainable City. This eco-friendly concept is powering a net-zero energy community with energy-efficient villas that promise to offer sustainable living at no extra cost. Developed by Sharjah Investment and Development Authority in partnership with Diamond Developers, the sustainable city will host the best green technology, including solar-powered smart homes, bio-domes for vertical farming, electric vehicle chargers, driverless shuttles and a biogas plant. "The UAE is the first country in the Gulf Cooperation Council to commit to net-zero by 2050; all growth and development must align with that commitment, which means we have to do our bit," Karim El-Jisr, chief sustainability officer, SSC, told Arab News.

The Apple TV 4K drops to $130, plus the rest of the week's best tech deals

If you're still hunting for the perfect gift for dad ahead of Father's Day this weekend, a bunch of our favorite gadgets are on sale right now. The Apple TV 4K remains discounted to $130, its cheapest price yet, and a couple of colors of the AirPods Max are $120 off. Amazon's Fire tablets and basic Kindle are on sale, too, plus you can pick up three video games for the price of two in the online retailer's latest 3-for-2 sale. Here are the best tech deals from this week that you can still get today. The latest Apple TV 4K is down to a new record low of $130.

The Future of Data Catalogs

Last Friday, Data Twitter was buzzing with Josh Wills' tweet about metadata and business intelligence. At Atlan, we started as a data team, and we failed three times at implementing a data catalog. As a data leader who saw these projects fail, I found that the biggest reason data catalogs fail is the user experience. It's about truly understanding how people work and giving them the best possible experience. People like Josh want context where they are, when they need it.

Use of IoT and Robotics in Daily Life – Conure

Internet of Things (IoT) incorporates internet-connected devices or sensors that have the potential to collect millions and billions of Gigabytes of data in real-time. Without any human intervention, the data in IoT is transferred among the various devices over a wireless network. IoT devices are the most significant drivers of digital transformation, new applications, data-driven optimization, innovation and streaming revenue across various sectors. Usually, IoT devices are programmed to handle specific tasks, whereas, robots are designed to learn from the environment while reacting to unforeseen conditions. The technologies behind robotics are Artificial Intelligence (AI) and Machine Learning (ML).

At the edge of innovation: What can edge AI do for you?

Imagine you want your new smart thermostat to quickly turn up the heat so that your house will be warm after your get home from work on an unusually cold day. You connect from your smartphone and ask it to act. You won't know it, but that action may take several seconds as it moves your request to the cloud and receives instructions back. Now imagine the self-driving car you're in suddenly senses a dog running into the road in front of you. The car needs to react in milliseconds to avoid a disaster. 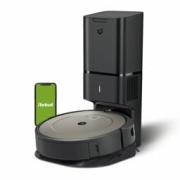