RoboCup and its role in the history and future of AI

As I write this blob post, we're a few days away from the opening of the 2021 RoboCup Competitions and Symposium. Running from June 22nd-28th, this event brings together AI and robotics researchers and learners from around the world, for the first (and ideally last!) time in a fully remote format. The first official international RoboCup event occurred 25 years ago, at the IROS 1996 conference in Osaka, Japan. Called "pre-RoboCup" because the first full RoboCup was slated to launch the following year at the 1997 IJCAI conference in Nagoya, the CMUnited team created by myself and my Ph.D. advisor, Manuela Veloso, was the only non-Japanese entry in the simulation competition, which was the only event that year. While RoboCup has indisputably played a huge role in the last quarter-century of AI research, it has also played a leading role in my own personal story.

RoboCup-97, The First Robot World Cup Soccer Games and Conferences, was held at the Fifteenth International Joint Conference on Artificial Intelligence. There were two leagues: (1) real robot and (2) simulation. Ten teams participated in the real-robot league and 29 teams in the simulation league. Over 150 researchers attended the technical workshop. The world champions are CMUNITED (Carnegie Mellon University) for the small-size league, DREAMTEAM (University of Southern California) and TRACKIES (Osaka University, Japan) for the middle-size league, and AT-HUMBOLDT (Humboldt University) for the simulation league. 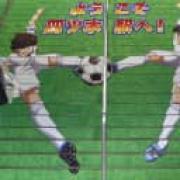 LONDON - Dr. Chieko Asakawa's life motto: Make the impossible possible -- by never giving up. Blind since the age of 14, Asakawa has dedicated the past three decades to researching and developing new technologies to help transform the lives of the visually impaired. Asakawa's inventions have impacted millions worldwide and now one of them will receive one of the ultimate in industry accolades. The Osaka-born computer scientist, who lives in the United States, is among 19 innovators who will be inducted into the U.S. National Inventors Hall of Fame in Washington in May. "It is a great honor to be recognized, one that is unexpected and a wonderful surprise," said Asakawa, an IBM distinguished service professor at Carnegie Mellon University's Robotic Institute in Pittsburgh.

Australian Open champion Naomi Osaka says she had to be a "robot" and turn off her feelings to hold her nerve and win the final against Petra Kvitova. The Japanese, 21, had tears in her eyes after having three match points saved by her Czech opponent in the second set - before winning 7-6 (7-2) 5-7 6-4. "You know how some people get worked up about things? That's a very human thing to do," said Osaka. "Sometimes I feel like I don't want to waste my energy doing stuff like that."

Seagate supported the Thailand Humanoid Robot Soccer Championship, in which students designed their own soccer-playing machines. Hanuman Team from King Mongkut's University of Technology Thonburi (KMUTT) emerged as champions of this year's competition. The team won a cash prize of 200,000 baht and will represent Thailand at the World Robocup Soccer Humanoid League 2013 in Osaka, Japan, next year. Thailand's Humanoid Robot Soccer Championship 2012 was jointly organized by Seagate Technology (Thailand) Limited, the Thai Robotics Society (TRS), FIBO of King Mongkut's University of Technology Thonburi and the National Electronics and Computer Technology Center (NECTEC). This year saw 11 teams from 8 universities battling for the chance to represent Thailand in the World Robocup Soccer Humanoid League 2013. 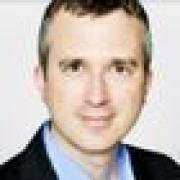 Team Vstone's Hobby bot Robovie-PC is the fastest robot marathon runner in the land, completing the race in 54 hours, 57 minutes, and 50 seconds. The word's first bipedal robot marathon wrapped up in Osaka, Japan, over the weekend with a 15-inch droid taking home the prize after a near photo finish. Team Vstone's Robovie-PC won the Robomarafull race in 54 hours, 57 minutes, and 50 seconds, with Robot Center Team's Robovie-PC Lite nipping at his heels and crossing the finish line just a second behind. The other three robo-runners, including two from Osaka Institute of Technology, had dropped out of the 26.2-mile endurance contest, which was organized by robot maker Vstone and the Osaka government. Winner Robovie-PC is a high-end kit robot with 20 moving joints and weighing about 5 pounds.

RoboCup-2001 was the Fifth International RoboCup Competition and Conference. It was held for the first time in the United States, following RoboCup-2000 in Melbourne, Australia; RoboCup-99 in Stockholm; RoboCup-98 in Paris; and RoboCup-97 in Osaka. This article discusses in detail each one of the events at RoboCup-2001, focusing on the competition leagues.

RoboCup-97, The First Robot World Cup Soccer Games and Conferences, was held at the Fifteenth International Joint Conference on Artificial Intelligence. There were two leagues: (1) real robot and (2) simulation. Ten teams participated in the real-robot league and 29 teams in the simulation league. Over 150 researchers attended the technical workshop. The world champions are CMUNITED (Carnegie Mellon University) for the small-size league, DREAMTEAM (University of Southern California) and TRACKIES (Osaka University, Japan) for the middle-size league, and AT-HUMBOLDT (Humboldt University) for the simulation league. The Scientific Challenge Award was given to Sean Luke (University of Maryland) for his genetic programming- based simulation team LUKE, and the Engineering Challenge Awards were given to UTTORI UNITED (Utsunomiya University, Toyo University, and Riken, Japan) and RMIT (Royal Melbourne Institute of Technology, Australia) for designing novel omnidirectional driving mechanisms. Over 5000 spectators and 70 international media covered the competition worldwide. RoboCup-98, the Second Robot World Cup Soccer, was held in conjunction with the Third International Conference on Multiagent Systems in Paris, France, in July 1998.