This Robot Could Help Fulfill Your Online Shopping Sprees

Imagine for a moment that you have suction cups for fingertips--unless you're currently on hallucinogens, in which case you should not imagine that. Each sucker is a different size and flexibility, making one fingertip ideal for sticking onto a flat surface like cardboard, another more suited to a round thing like a ball, another better for something more irregular, like a flower pot. On its own, each digit may be limited in which things it can handle. But together, they can work as a team to manipulate a range of objects. This is the idea behind Ambi Robotics, a lab-grown startup that is today emerging from stealth mode with sorting robots and an operating system for running such manipulative machines.

RPA Use Cases in Retail and E-commerce Industry

The retail sector has witnessed a huge change since the turn of the century. What once was considered a hit is no more in vogue or even makes sense. The way people shop has seen a swift shift and organizations that really want to stay at the top of their game better shift as swiftly. There are multiple factors which are influencing this wave of change. To help businesses stay afloat and thrive, we bring to you this blog on RPA use cases in retail and E-commerce industry, which will help you understand why your business needs the expert assistance of RPA or robotic process automation today.

Top Robotics Jobs to Apply for in March 2021

A few decades back, robotics was science fiction and anything related to robotics, including job opportunities were seen as a thing of the future. Now, the future is here by changing robotic science fiction into science fact. The robotic industry is opening top robotic jobs from across the globe. Robotics is a branch of engineering, which deals with the making and managing of robots and robotic process automation. Robots are programmed machines that carry out tasks autonomously to streamline the routine process. 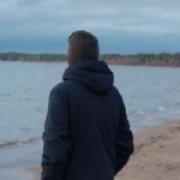 Mostly warehouse management of such giants remains an issue in daily operations. Amazon, as of now has more than 15,000 robots active for their warehouse management. The use of mobile robots for order fulfillment is a new trend to meets the logistic expectations of customers. Logistic companies like XPO are addressing warehouse issues through robotics. The operational efficiency of any organization can be achieved by opting for RPA.

Inside the mind of Jeff Bezos

The first thing I ever bought on Amazon was an edutainment DVD for babies. I don't recall making the purchase, but the data is unequivocal on this point: on 14 November 2004, I bought Baby Einstein: Baby Noah – Animal Expedition for the sum of £7.85. My nearest guess is that I got it as a Christmas present for my nephew, who would at that point have been one year old, and at the very peak of his interest in finger-puppet animals who cavort to xylophone arrangements of Beethoven. This was swiftly followed by three more DVD purchases I have no memory of making. Strangely, I bought nothing at all from Amazon the following year, and then, in 2006, I embarked on a PhD and started ramping up my acquisition of the sort of books that were not easily to be found in brick-and-mortar establishments. Everything ever published by the American novelist Nicholson Baker. I know these things because I recently spent a desultory morning clicking through all 16 years of my Amazon purchase history. Seeing all those hundreds of items bought and delivered, many of them long since forgotten, was a vaguely melancholy experience. I experienced an estranged recognition, as if reading an avant-garde biography of myself, ghost-written by an algorithm. From the bare facts of the things I once bought, I began to reconstruct where I was in life, and what I was doing at the time, and what I was (or wanted to be) interested in. And yet an essential mystery endured.

Retail will be transformed by emerging tech. The pandemic has left irreversible changes within the retail industry as consumer behavior during a time of limited and regulated movement evolved. A PYMNTS 2020 Remote Payments Study reported that mobile devices are the most popular device for online shopping, with up to 72% of consumers using their mobile devices to shop. The explosion of online shopping saw an increase of 146% in online retail orders as of April 21, 2020 when compared to the same period last year. While e-commerce's growth has accelerated by "four to six years" according to a recent report published by Adobe indicated that on the ground retailers are now embracing digital-first approaches in order to acclimate to the new norms of social distancing and minimized contact.

Amazon has laid off "dozens" of employees working on the firm's drone project while also seeking out manufacturing deals with third-parties. The Financial Times reported on Thursday that the e-commerce giant is axing staff involved in the Prime Air drone program's research, development, and manufacturing units. According to sources close to the matter, Amazon is still "years away" from the project properly lifting off the ground. See also: Amazon's Prime Air drone delivery system earns key FAA certification First revealed in 2013, Amazon Prime Air aims to use octocopter drones to deliver small parcels ordered through the Amazon e-commerce platform in as little as 30 minutes. While the US Federal Aviation Administration (FAA) has recently granted Amazon permission to begin testing customer drone deliveries in the US -- four years after the company agreed to a partnership with the UK government to "explore the steps needed to make the delivery of parcels by small drones a reality" -- it seems a shake-up is in order.

Artificial intelligence stocks are rarer than you might think. Many companies tout AI technology initiatives and machine learning. But there really are few -- if any -- public, pure-play artificial intelligence stocks. The "AI" stock ticker, though, has been claimed. Startup C3.ai, which sells AI software for the enterprise market, filed on Nov. 13 for an initial public offering. Thomas Siebel, who started Siebel Systems and sold it to Oracle for nearly $6 billion in 2006, founded Redwood City, Calif.-based C3.ai.

Applitools, provider of a next generation test automation platform powered by Visual AI and Ultrafast Test Cloud, announced the Applitools Holiday Shopping Hackathon. The holiday themed contest provides developers, quality assurance (QA) professionals, and test automation engineers with a fun, real-world scenario that shows how next generation test automation cloud and Visual AI can help online retailers deliver perfect apps to make the most of the holiday sales season. Each participant competes to win prizes as they spend roughly two hours to test the functional and visual quality of the "Applifashion" retail app and make sure it is impeccable ahead of the busy online holiday shopping season. Holiday e-commerce sales totaled $167.8 billion in 2019 according to the National Retail Federation. This year, 96% of retailers expect online holiday sales to increase.*

Amazon Australia has announced plans to open a second fulfilment centre in Melbourne, Victoria late next year. With construction in Ravenhall, Melbourne already underway, the new centre, according to the global e-commerce giant, will more than double the company's footprint in Victoria. "Our investment in this new Melbourne fulfilment centre will benefit customers around Victoria, while creating hundreds of jobs for Melbournians in a safe work environment, with competitive pay at a time when they are needed most," Amazon Australia director of operations Craig Fuller said. "This fulfilment centre will also provide additional capacity for Victorian-based small and medium-sized businesses who utilise the Fulfilment By Amazon service to benefit from our expanded capability and seamlessly serve customers across the country." When completed, the new centre will be 37,000 square metres, with capacity to house up to six million items from its online store.