Footage has emerged of one of Boston Dynamics' robotic dogs patrolling a SpaceX test site in the US. The video allegedly shows SpaceX using the $75,000 (£60,000) robotic dog to inspect the aftermath of its test site in Boca Chica, Texas. SpaceX had just been conducting a cryogenic pressure test on the Starship SN7 dome tank prototype, according to Tesmanian. SN7 was filled with sub-cooled liquid nitrogen and it was intentionally pressurised to its capacity before it burst and collapsed on its side. The stainless-steel commercial spacecraft, once operational, will be capable of transporting passengers on long-duration voyages to the Moon and Mars. But until the launch vehicle is ready, Elon Musk's company appears to be employing a little help from a trusty robotic companion.

Elon Musk's Starhopper has taken another major step toward reality. The prototype ship blasted off from the Boca Chica, Texas test site on Tuesday evening just after 5 p.m. local time (6 p.m. ET) for its 150-meter untethered flight test. While it was at first enshrouded in smoke and flames, the water tower-shaped vehicle emerged moments later to be seen rising high above the ground without any obstructions to the view. The successful test comes after SpaceX was forced to abandon its attempt on Monday to allow for a last-minute inspection of the craft's igniters. Musk tweeted his congratulations to the SpaceX team not long after Tuesday's achievement wrapped up. 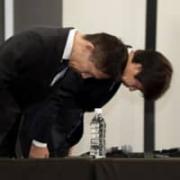 FORT WORTH, TEXAS – Consumers got a glimpse of the future this week when an unmanned delivery drone jointly developed by Japan's Yamato Holdings Co. and U.S. aerospace manufacturer Bell Helicopter Textron Inc. made its first successful flight. Autonomous Pod Transport 70 was tested at Bell's proving ground in the suburbs of Fort Worth, Texas, on Monday. The two companies hope to put the drone into service in Japan by the early 2020s, before taking it global. The development of such drones comes amid rapid growth in parcel deliveries fostered by the trend for shopping online. The number of deliveries in Japan hit 4.25 billion in fiscal 2017, up 5.8 percent on the previous year, transport ministry data shows.

Now, thanks to researchers in the Cockrell School of Engineering at The University of Texas at Austin, robots may soon be able to experience similar functionality. Luis Sentis, associate professor in the Department of Aerospace Engineering and Engineering Mechanics, and his team in the Human Centered Robotics Laboratory have successfully demonstrated a novel approach to human-like balance in a biped robot. Their approach has implications for robots that are used in everything from emergency response to defense to entertainment. The team will present their work this week at the 2018 International Conference on Intelligent Robots and Systems (IROS2018), the flagship conference in the field of robotics. By translating a key human physical dynamic skill -- maintaining whole-body balance -- into a mathematical equation, the team was able to use the numerical formula to program their robot Mercury, which was built and tested over the course of six years.

What's NeXt? Boeing will work AI and blockchain into drone traffic system

Boeing says it's aiming to create a traffic management system for drones that makes use of artificial intelligence, blockchain technology -- and one of the companies in its investment portfolio. SparkCognition will be Boeing's partner in the traffic management project. Last year, the Texas-based AI company benefited from a $32.5 million investment round that included funding from Boeing HorizonX Ventures. Boeing is also creating a new business group, known as Boeing NeXt, to leverage the company's research and development activities and investments in areas such as autonomous flight, smart cities, advance propulsion and other parts of the wider transportation ecosystem. "We're at a point in history where technological advances and societal trends are converging to demand bold solutions and a different way to travel," Greg Hyslop, Boeing's chief technology officer, said today in a statement issued to coincide with this week's Farnborough International Airshow near London.

More people now live in cities than at any other time in history, and their number is predicted to increase: 66% of the world's population will live in urban areas by 2050. To house all these people, innovators are developing solutions for smaller, more efficient, and environmentally sustainable abodes that incorporate digital technologies. The house of the future is small and smart. Jeff Wilson founded Kasita, based in Austin, Texas, after spending a year living in a 33-square-foot converted dumpster to experience the challenges of (very) small living for himself. Kasita's homes combine design minimalism with smart home technology that makes new housing efficient to run, inexpensive to own, simple to maintain, and quick to install (in as little as a day).

On Monday, Elon Musk's SpaceX became the first to re-fly a cargo spacecraft to the International Space Station and back, according to Space.com. A SpaceX Falcon 9 rocket, with a Dragon spacecraft onboard, left Earth on June 3, carrying over 4,100 pounds of cargo to the International Space Station. It successfully landed in the Pacific Ocean, southwest of the California coast on Monday morning at 8:14 a.m. SpaceX planned to take the spacecraft back to Long Beach, California after it landed, remove important cargo and send it to Houston, Texas for NASA analysis, according to a NASA blog post. Afterward, Dragon would return to a SpaceX test facility in McGregor, Texas.

Get set for Mars base camp

In 2028, a space station could be circling Mars, if a new concept comes to fruition. As a prelude to human expeditions to the planet's surface, researchers aboard the proposed orbiting lab would aim to answer key questions about the complex world. The six-person Mars Base Camp is led by researchers at aerospace giant Lockheed Martin, who unveiled the concept last year and fleshed out more details of the project here at the 48th Lunar and Planetary Science Conference (LPSC), held March 21-25 in The Woodlands, Texas. The Mars Base Camp is designed to vastly amplify the collection of imagery and scientific data from multiple sites on the planet over a full year of crewed occupation. This work could help identify the best spots for humans to explore on the Martian surface, Lockheed Martin representatives have said.