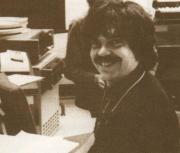 Goldman tells it in another way. In 1969 Xerox had simply purchased Scientific Knowledge Methods (SDS), a mainframe pc producer. "When Xerox purchased SDS," he recalled, "I walked promptly into the workplace of Peter McColough and stated, 'Look, now that we're on this digital pc enterprise, we higher damned nicely have a analysis laboratory!' " In any case, the outcome was the Xerox Palo Alto Analysis Middle (PARC) in California, probably the most uncommon company analysis organizations of our time. PARC is one in all three analysis facilities inside Xerox; the opposite two are in Webster, N.Y., and Toronto, Ont., Canada. It employs roughly 350 researchers, managers, and help employees (by comparability, Bell Laboratories earlier than the AT&T breakup employed roughly 25,000). Within the mid-Seventies, near half of the highest 100 pc scientists on the earth have been working at PARC, and the laboratory boasted comparable energy in different fields, together with solid-state physics and optics.

Artificial intelligence (AI) is currently one of the most disruptive technologies, and it is a great means for startups to achieve their hyper-growth goals. Artificial intelligence has numerous applications in fields such as big data, computer vision, and natural language processing, and is revolutionizing businesses, industries, and people's lives. Among the most well-funded and promising independent startups, the majority of the top Artificial Intelligence companies are from the US or China, with many more countries participating. The benefits of AI in many industries are evident in these two key countries, but each country seems to have slightly different concerns. The largest AI startups in the U.S. are particularly present in the areas of big data analytics and process automation for business, autonomous driving and biotechnology.

How Drive.ai Is Mastering Autonomous Driving with Deep Learning

Among all of the self-driving startups working towards Level 4 autonomy (a self-driving system that doesn't require human intervention in most scenarios), Mountain View, Calif.-based Drive.ai's Drive sees deep learning as the only viable way to make a truly useful autonomous car in the near term, says Sameep Tandon, cofounder and CEO. "If you look at the long-term possibilities of these algorithms and how people are going to build [self-driving cars] in the future, having a learning system just makes the most sense. There's so much complication in driving, there are so many things that are nuanced and hard, that if you have to do this in ways that aren't learned, then you're never going to get these cars out there." It's only been about a year since Drive went public, but already, the company has a fleet of four vehicles navigating (mostly) autonomously around the San Francisco Bay Area--even in situations (such as darkness, rain, or hail) that are notoriously difficult for self-driving cars.

As Level 3, 4 and 5 autonomous driving becomes the target hastening the next transformation of transportation, Jaguar Land Rover announced Wednesday it is partnering with Santa Clara, California-based Nvidia to jointly develop Jaguar Land Rover's next generation of AI-enabled automotive software. "Our long-term strategic partnership with Nvidia will unlock a world of potential for our future vehicles as the business continues its transformation into a truly global, digital powerhouse," said Thierry Bolloré, Jaguar Land Rover chief executive officer. "Jaguar Land Rover will become the creator of the world's most desirable luxury vehicles and services for the most discerning customers." All Jaguar and Land Rover vehicles will be built on the "Nvidia Drive" software-defined platform starting in 2025, the same time that Jaguar's line of vehicles go fully electric. It will allow JLR to customize its AI experience to provide a number of active safety, automated driving, and parking systems, as well as provide driver assistance systems.

How Do You Build a Better Robot? By Understanding People.

Whether it's autonomous vehicles or assistive technology in healthcare that can do things like help the elderly do core tasks like feeding themselves, some of the most challenging problems in the field of robotics involve how robots interact with humans, with all of our many complexities. Drawing from fields as varied as cognitive neuroscience, psychology, and behavioral economics, Stanford computer scientist Dorsa Sadigh is exploring how to train robots to better understand humans – and how to give humans the skills to more seamlessly work with robots. Stanford HAI's mission is to advance AI research, education, policy and practice to improve the human condition. 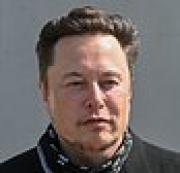 A Tesla Model 3 car in'Full Self-Driving' mode has been captured colliding with a bike lane barrier post, in a potential setback for Elon Musk's firm. The footage was captured during a drive in downtown San Jose, California, by a YouTuber who goes by the name AI Addict, and provides the first recorded evidence that the feature has been directly responsible for an accident. It shows the latest version of Tesla's self-driving software, Full Self-Driving (FSD) Beta version 10.10, veering the Model 3 into the bollard separating a bike lane. Even though the driver is hitting the brakes and furiously spins the steering wheel away from the obstacle, the AI-powered FSD system hits the bollard with a big thud. Worryingly, at other points in the video the Model 3 appears to run a red light and attempts to go down a railroad track and later a tram lane.

Autonomous vehicle company Nuro has unveiled its third-generation self-driving electric delivery vehicle in partnership with BYD North America. Simply called Nuro, it's described as the most advanced zero-occupant vehicle designed by the company to date. With the new model, the Mountain View, California-based startup hopes to scale its services to millions of people across the country. Nuro's third-generation vehicle is designed to carry more goods--it offers twice the cargo volume of its predecessor--and enable more deliveries thanks to a higher top speed of 45 mph (72 km/h). Its compartments can hold a combined 27 cubic feet (0.76 cubic meters) of stuff, which equates to about 24 bags of groceries.

Augmented reality technology has taken off in spine and orthopedic surgery in 2021. In December, ClarifyEye expanded in Spain and Oman. The hospital is the first in Denver to implement Augmedics' Xvision system. Riverside Healthcare partnered with Brainlab to add its Zeiss Kinevo Microscope to its spine program. The first spine case combining augmented reality and a surgical robot was recently performed by Kornelis Poelstra, MD, PhD, director of The Robotic Spine Institute of Silicon Valley in Los Gatos, Calif., in May.