Tesla drives on Autopilot through a regulatory gray zone

BERKELEY, California – The fatal crash of a Tesla with no one apparently behind the wheel has cast a new light on the safety of semiautonomous vehicles and the nebulous U.S. regulatory terrain they navigate. Police in Harris County, Texas, said a Tesla Model S smashed into a tree on Saturday at high speed after failing to negotiate a bend and burst into flames, killing one occupant found in the front passenger seat and the owner in the back seat. Tesla Chief Executive Elon Musk tweeted on Monday that preliminary data downloaded by Tesla indicate the vehicle was not operating on Autopilot, and was not part of the automaker's "Full Self-Driving" (FSD) system. Tesla's Autopilot and FSD, as well as the growing number of similar semi-autonomous driving functions in cars made by other automakers, present a challenge to officials responsible for motor vehicle and highway safety. U.S. federal road safety authority, the National Highway Traffic Safety Administration (NHTSA), has yet to issue specific regulations or performance standards for semi-autonomous systems such as Autopilot, or fully autonomous vehicles (AVs). 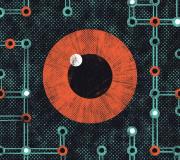 Artificial intelligence has the power to change the world -- and it, as it advances from useful to essential, then from essential to mandatory and finally from mandatory to directive. "Machines will tell us what to do," warns entrepreneur and author Bill Bishop. Gillian K. Hadfield, the director of the Schwartz Reisman Institute for Technology and Society, agrees AI will present new problems but is confident society will be bold and come up with new ideas for regulating AI. To paraphrase Tolstoy, all nice, helpful robots are alike, but all dangerous robots are dangerous in their own unique way. In this debate, I will show that we need to fear the dangerous robots (AIs), not by acting like paranoid Luddites, but to ensure we fear AIs enough to pay attention to potential threats, and to take proactive steps to mitigate them.

Humans and Robots: Understanding Our Connection

With a big surge of interest in artificial intelligence and robotics in the past few years, the press is eagerly speculating about our future with robots, with headlines like "Will Robots Steal Your Job?," "The Robots Are Coming, Prepare for Trouble," and "Welcome, Robot Overlords. Please Don't Fire Us?" In 2013, a widely promoted University of Oxford study predicted that almost half of all employment in the United States was at high risk of being replaced by robots and AI within ten to twenty years, and others have predicted even greater vulnerability. Technology is advancing at a breathtaking pace, they say. And robots, the story goes, will soon be able to do everything that humans do, while never tiring, never complaining, and working twenty-four hours a day. A 2017 Pew Research study showed that 77 percent of Americans think that during their lifetime, robots and AI will be able to do many of the jobs currently done by humans.

A small helicopter opened a new chapter of space exploration this morning when it lifted off the surface of Mars, marking humankind's first powered flight on another planet. The 19-inch-tall chopper called Ingenuity kicked up a little rusty red dust as it lifted about 10 feet off the ground, hovered in place, turned slightly, and slowly touched back down. The flight lasted only about 40 seconds, but it represents one of history's most audacious engineering feats. "A lot of people thought it was not possible to fly at Mars," says MiMi Aung, the project manager of Ingenuity at NASA's Jet Propulsion Laboratory (JPL). "There is so little air."

Tesla offers a $10,000 feature called Full Self-Driving Capability. It includes futuristic goodies like the ability to summon the car via app in a parking lot, and it can detect and react to traffic lights and stop signs. FSD, as Tesla enthusiasts call it, includes Autopilot, a feature that "automatically" drives on highways, changing lanes, keeping a car within its lane and at a consistent distance from other vehicles. But even people who shell out for Full Self-Driving don't own a self-driving car, and vehicles with Autopilot can't automatically pilot themselves. Lengthy blocks of text in Tesla owners' manuals describe when, where, and how the features should be used: by a fully attentive driver who is holding the steering wheel and is "mindful of road conditions and surrounding traffic."

Is AI there yet?

It's a cold winter day in Detroit, but the sun is shining bright. Robert Williams decided to spend some quality time rolling on his house's front loan with his two daughters. Suddenly, police officers appeared from nowhere and brought to an abrupt halt a perfect family day. Robert was ripped from the arms of his crying daughters without an explanation, and cold handcuffs now gripped his hands. The police took him away in no time! His family were left shaken in disbelief at the scene which had unfolded in front of their eyes. What followed for Robert were 30 long hours in police custody.

A small robotic helicopter named Ingenuity made space exploration history on Monday when it lifted off the surface of Mars and hovered in the wispy air of the red planet. It was the first machine from Earth ever to fly like an airplane or a helicopter on another world. The achievement extends NASA's long, exceptional record of firsts on Mars. "We together flew at Mars," MiMi Aung, the project manager for Ingenuity, said to her team during the celebration. "And we together now have this Wright brothers moment."

For investors looking for momentum, Global X Robotics & Artificial Intelligence ETF BOTZ is probably a suitable pick. The fund just hit a 52-week high and is up 99.4% from its 52-week low price of $18.49/share. Let's take a look at the fund and its near-term outlook to gain an insight into where it might be headed: This ETF seeks to invest in companies that potentially stand to benefit from increased adoption and utilization of robotics and AI, including those involved with industrial robotics and automation, non-industrial robots, and autonomous vehicles. It has AUM of $2.60 billion and charges 68 basis points (bps) in annual fees. Due to the coronavirus outbreak, the robotics market is flooded with opportunities as robots are being used for jobs such as sanitizing hospitals, homes and workplaces along with monitoring, surveying, handling, and delivering food and medicines.