Toyota's e-Palette is back in service. As Roadshow reports, the automaker has resumed use of its self-driving shuttle at the Paralympic Games in Tokyo following a collision with a visually impaired athlete. Not surprisingly, both Toyota and the games' Organizing Committee have made changes in light of the crash -- they've determined that both the autonomous vehicle and the circumstances around it were to blame. The company noted there were only two guide people at the intersection where the collision occurred, making it difficult for them to watch all vehicles and pedestrians at the same time. It simply wasn't possible to ensure safety at this signal-free intersection without everyone working together, Toyota said.

Toyota has apologised for the "overconfidence" of a self-driving bus after it ran over a Paralympic judoka in the athletes' village and said it would temporarily suspend the service. The Japanese athlete, Aramitsu Kitazono, will be unable to compete in his 81kg category this weekend after being left with cuts and bruises following the impact with the "e-Palette" vehicle. His injuries prompted a personal intervention from the president of Toyota, Akio Toyoda. As part of its sponsorship of Tokyo 2020, Toyota has been showcasing its autonomous vehicles via a shuttle service, which has been running around the clock in the athletes' village. On Thursday, however, one of the buses pulled away from a T-junction and drove through a pedestrian crossing while Kitazono, a visually impaired athlete, was walking across.

Four days into the Tokyo Paralympic Games, Toyota removed its self-driving e-Palette vehicles from the event following a collision with a pedestrian. The automaker made the decision Friday, according to Reuters, a day after one of the pods hit a visually impaired athlete who was walking nearby. According to a video statement from Toyota CEO Akio Toyoda, reported in English by Reuters, the vehicle had stopped at a junction and was about to turn under manual control from an onboard operator when it hit the pedestrian at one or two kilometers-per-hour. The identity of the athlete has not been released to the public. Toyota first announced its plans to deploy e-Palettes at the games in October 2019, before the coronavirus pandemic forced the organizers of the Olympics to delay the 2020 games by a year.

The Olympic Games may be taking place a year late because of the pandemic, but it will still be a chance for host nation Japan to show off its world-class robotics technology. And despite spectators being kept away from the events by Covid restrictions, there will still be a string of robotic participants to help run the Tokyo Games. Japanese automaker Toyota has developed a suite of robots that will be deployed at the Games, but which are designed to show off their wider everyday applications. "The Tokyo 2020 Games are a unique opportunity for us to display Japanese robot technology," said Hirohisa Hirukawa, who is the leader of the Tokyo 2020 Robot Project. "This project will not simply be about exhibiting robots, but showcasing their practical real-life deployment helping people. 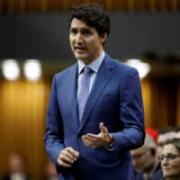 Toyota Motor Corp. has unveiled an upgraded version of its human-shaped T-HR3 robot. The robot, which is controlled remotely by a person wearing a headset and wiring on his or her arms and hands, now has faster and smoother finger movements because the controlling device is lighter and easier to use. Such a robot could, in the future, be used to perform surgery in a distant place where a doctor cannot travel. It also might allow people to feel like they're participating in events they can't actually attend. In a recent demonstration in Tokyo, a person wearing a headset and wiring made the robot move in exactly the same way he was moving, waving or making dance-like movements.

Toyota will roll out a fleet of approximately 3,700 vehicles for the 2020 Olympics, 90 percent of which will be electrified. The Japanese automaker says it aims to achieve "the lowest emissions target level of any official vehicle fleet used at the Olympic and Paralympic Games." Following the reveal of the Accessible People Mover (APM) specially designed shuttle, Toyota has released details about two models modified for the Olympics: the e-Palette and Concept-i electric vehicles. The e-Palette is battery-electric shuttle with Level 4 autonomous driving capability that supports smooth transport over short distances. It features a low-floor and electrically-operated platform that leaves little to no gap or opening between the curb and the bus at stops. 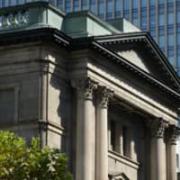 When athletes and organizers descend on Tokyo for the 2020 Olympic Games, they'll be ferried around in autonomous cars, while torch relay runners will be accompanied by AI-equipped cars. Robots will ferry javelins and hammers. All told, Toyota Motor Corp. will provide 3,700 vehicles, including dozens of self-driving cars, about 500 fuel-cell vehicles and 850 battery-electric cars to the international sports competition. As a top sponsor of the Tokyo Olympics and an automaker facing a murky future when gasoline-powered engines will fade away, Toyota is doing everything it can to market its transition into an eventual provider of on-demand transportation for consumers and businesses, instead of being merely an industrial manufacturer. "We want to use the Olympics and Paralympics that happen every two years as a milestone," Masaaki Ito, general manager of Toyota's Olympic and Paralympic Division, said in an interview.

TOKYO (Reuters) - Toyota Motor Corp has designs on making robot helpers for your home, and has enlisted a Japanese startup that specializes in artificial intelligence to jump-start its plan. Japan's biggest automaker and Tokyo-based Preferred Networks Inc will carry out joint research to develop so-called service robots that are "capable of learning in typical living environments", the companies said in statements on Wednesday. The two firms have already been collaborating on driverless vehicles since 2014. Eighty-year-old manufacturing giant Toyota is trying to transform itself and adapt to technology, such as ride-hailing and automated driving, that is disrupting the auto industry. Toyota sees robots as part of that effort, particularly in Japan, where it aims to have them in homes and hospitals to support one of the world's fastest ageing populations.

TOKYO (Reuters) - Miniature remote controlled cars have proved to be a crowd pleaser at track and field throwing events, but for the Tokyo 2020 Olympics Toyota Motor Corp is upping the game with a hi-tech way to fetch javelins and hammers: pint-sized, self-driving A.I. robot cars. The Japanese automaker on Monday unveiled a prototype of its next-generation field support robot, a miniature shuttle bus-shaped contraption based on its "e-Palette" ride-sharing vehicle under development, to be used at the Tokyo Games. The vehicle, roughly the size of a toddler's ride-on toy car, can travel at a maximum speed of 20 kilometers per hour and sports three cameras and one lidar sensor which enable it to "see" its surroundings. Draped around the top of its body is a band of LED lights which illuminate when the vehicle uses artificial intelligence to follow event officials toward the equipment hurled by athletes onto the pitch during shot put, discus throw, hammer throw and javelin events. After the equipment, which can weigh as much as eight kilograms for hammers, is loaded into the vehicle by the official, a press of a button located toward its front sends the car zipping back to athletes for later use.