China's Ministry of Industry and Information Technology, in collaboration with 14 other government departments, revealed how it will continue to grow the country's robotics industry in its 14th five-year plan. China's five-year plans are a series of social and economic development initiatives that have been issued by the Chinese government since 1953. The document lays out several smaller goals for the Chinese robotics industry before 2025, but the overarching goal is to make China a key source of global robotics innovation. The government also expects the average annual growth rate of operating income in the robotics industry to exceed 20%. A study by the Center for Security and Emerging Technology published in November 2021 found that China is the global leader in the total number of robotics patents issued.

China lays out five-year plan to be global robotics hub

China has unveiled a five-year plan to drive its ambition of becoming a global innovation hub for robotics by 2025. It hopes to get there by focusing on enhancements in key components such as servomotors and control panels. In releasing the five-year roadmap, China's Ministry of Industry and Information Technology on Tuesday said operating income from the country's robotics industry was projected to grow an average of 20% between 2021 and 2025. This sector expanded at an average annual growth rate of 15% between 2016 and 2020, with operating income passing 100 billion yuan ($15.69 billion) for the first time last year. An executive guide to the technology and market drivers behind the $135 billion robotics market.

The World Artificial Intelligence (AI) Conference kicked off on Thursday in Shanghai, where tech industry leaders like Alibaba founder Jack Ma and Tesla's Elon Musk are mingling with government officials and top scientists to discuss the future of AI. Here are some of the three-day conference's highlights so far: Shanghai plans to sign over 70 deals with leading tech companies and institutions, including a tie-up between the Pudong district government and telecommunications giant Huawei to build a 5G "innovation center." Didi says it could soon put passengers into driverless cars, and that self-driving tech has already cut accidents involving Didi drivers by 15% in the first half of the year. Ma and Musk traded thoughts in a 50-minute conversation -- but couldn't see eye to eye on how much we should fear AI and whether traveling to Mars is a worthy goal. China's Ministry of Science and Technology has added 10 companies including telecommunications giant Huawei and surveillance-technology maker Hikvision to a major national AI development program.

In July 2018, the battle between Apple and Samsung to be the world's most popular smartphone maker was finally interrupted. After eight years, a Chinese upstart had entered the fray to challenge Samsung – but few people outside of Asia had ever heard of them. Huawei had overtaken Apple by selling more than 54 million units in the space of three months, largely helped by the success of its hugely popular flagship phones that boasted some of the most impressive specs on the market. Yet various political issues meant only a few thousand of those sales came from the highly lucrative US market. Since then, several other western governments have raised concerns about Huawei in relation to the firm's alleged ties with the Chinese government, with allegations that Huawei devices are being used as spy tools by Beijing.

The founder of Chinese tech giant Huawei said on Tuesday that his company would refuse to disclose secrets about its customers and their communication networks, trying to lay to rest concerns the company might spy for Beijing. Ren Zhengfei spoke in a rare meeting with foreign reporters as Huawei Technologies Ltd tries to protect its access to global telecom carriers that are investing heavily in next-generation technology. Ren's comments were the most direct public response to accusations that his company is controlled by the ruling Communist Party or is required to facilitate Chinese spying. Huawei, the biggest global supplier of network equipment used by phone and internet companies, is China's first global tech brand. The United States, Australia, Japan and some other governments have imposed curbs on the use of its technology over concerns raised by the accusations against the company.

China's tech giants want to go global. Just one thing might stand in their way. 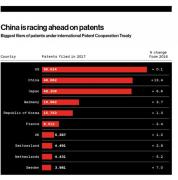 In the early 1980s, a cluster of fledging computer companies opened up shop in a chaotic corner of northwest Beijing, near the campuses of Peking and Tsinghua Universities. Electronics Street, as the area became known, was a tangle of sturdy bicycles and hand-drawn signs, loud with heated bouts of haggling. Dusty banners hung over pedestrians' heads, while boxes of copy paper stacked 10 or 12 high blocked their path. Pirated software was so abundant that some preferred the moniker Crook Street. The existence of a burgeoning PC market was remarkable, given that many Chinese still did not own a refrigerator. But more remarkable was that the businesses of Electronics Street were private enterprises. Their foray into capitalism was an experiment launched with China's economic reforms, which early on were linked to investments in science and technology. 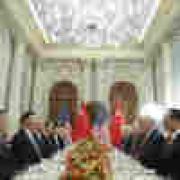 BT is removing Huawei technology from the phone networks amid fears that the Chinese government could be using its infrastructure to spy on citizens. The company says it will no longer use Huawei's equipment in its existing 3G and 4G networks, and that it would not use it to build the 5G ones that it is building at the moment. It is just the latest operator to announce that it would not use the Chinese companies equipment amid fears that phone messages they are relaying could be intercepted. New Zealand and Australia have stopped telecom operators using Huawei's equipment in new 5G networks because they are concerned about possible Chinese government involvement in their communications infrastructure. Huawei, the world's biggest network equipment maker ahead of Ericsson and Nokia, has said Beijing has no influence over its operations.

The world's best playground for AI and blockchain 7wData

Imagine a country with an army of techies, a government that supports AI and blockchain by setting a mandate and investing billions, large scale tech companies that are rapidly experimenting and implementing at scale, and an abundance of data to feed the application of these technologies. This just about covers the AI and blockchain playground that is China. The gloves are off, and over the coming years some of the greatest advancements will emanate from the east. An ambitious AI strategic plan was laid by the China's State Council in July 2017, aiming to create a domestic 1 trillion yuan ($150 billion) AI industry by 2030. Following this, Chinese president Xi Jinping called upon his country to take the lead in developing new technologies like artificial intelligence, the internet of things, and blockchain.