Japanese company joins march back to the moon in 2022 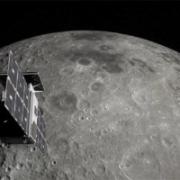 A Japanese company is pushing ahead with plans to launch a private moon lander by the end of 2022, a year packed with other moonshot ambitions and rehearsals that could foretell how soon humans get back to the lunar surface. If the plans hold, the company, ispace, which is based in Tokyo, would accomplish the first intact landing by a Japanese spacecraft on the moon. And by the time it arrives, it may find other new visitors that already started exploring the moon's regolith this year from Russia and the United States. Other missions in 2022 plan to orbit the moon, particularly the NASA Artemis-1 mission, a crucial uncrewed test of the American hardware that is to carry astronauts back to the moon. South Korea could also launch its first lunar orbiter later this year.

GITAI Partners With JAXA to Send Telepresence Robots to Space

GITAI is a robotics startup with offices in Japan and the United States that's developing tech to put humanoid telepresence robots in space to take over for astronauts. Today, GITAI is announcing a joint research agreement with JAXA (the Japanese Aerospace Exploration Agency) to see what it takes for robots to be useful in orbit, with the goal of substantially reducing the amount of money spent sending food and air up to those demanding humans on the International Space Station. It's also worth noting that GITAI has some new hires, including folks from the famous (and somewhat mysterious) Japanese bipedal robot company SCHAFT. A quick reminder about SCHAFT: The company was founded by members of the JSK Laboratory at the University of Tokyo in order to build a robot to compete in the DARPA Robotics Challenge Trials in 2013. SCHAFT won the DRC Trials by a substantial margin, scoring 27 points out of a possible 32, 7 more points than the second place team (IHMC).