Zoox, the autonomous vehicle company owned by Amazon, said it will test its vehicles on the hilly, rain-drenched streets of Seattle. The company also plans on opening an office there in 2022. Seattle will be the third city to host Zoox's autonomous vehicles, after San Francisco and Las Vegas. The company said it will deploy a small number of vehicles to "get the lay of the land" before deciding how to expand its operations there. "We're excited to be testing in Seattle. The data we're gathering will be invaluable for the continued development of our AI stack," said Jesse Levinson, CTO and co-founder of Zoox, in a statement.

Amazon-owned Zoox to start testing its autonomous vehicles in Seattle

Zoox has been testing its Level-3 (L3) autonomous vehicles in Las Vegas and the Bay Area for four years, way before Amazon acquired the self-driving company in 2020. But to be able to train its technology further, it has to hold trials in other locations with different environmental conditions -- like Seattle. Zoox has announced that it will soon start testing its L3 vehicles in the city to collect data and trial new hardware in the face of frequent rains. "It rains more frequently in Seattle than it does in San Francisco," the company said in its announcement. Zoox built special hardware into its sensors to give its vehicles the capability to automatically remove water and debris when needed.

In 2017, Kyle Vogt, the founder of GM-backed autonomous car company Cruise, promised that the startup would begin testing driverless vehicles in New York City by 2019. That didn't come to pass -- Cruise put the brakes on the pilot in August 2018 -- but driverless cars have scaled significantly in the years since Vogt's pronouncement. Last month, Ford and Argo AI announced they would work together to launch self-driving cars on Lyft's ride-hailing network in Miami and Austin, Texas. Motional, a joint venture of Aptiv and Hyundai, plans to start testing autonomous vehicles in Los Angeles following a deployment in Downtown Las Vegas. And Intel's Mobileye recently became among the first to pilot self-driving cars in New York City, beating rival Cruise to the punch.

Motional has announced it wants to more than double its number of employees in the state, and most of them will work in Los Angeles as human operators for self-driving cars that will learn, inch-by-inch, mile-by-mile, how to drive themselves. Until Motional gets the required permits from the California DMV, the self-driving car fleet will have to always have human drivers behind the wheel and ready to step in at a moment's notice. Motional is already testing vehicles in Las Vegas, Pittsburgh, Boston, and Singapore. Initially, the vehicles will map the roads, and self-driving tests will be conducted once that stage is completed. The first stage will focus on the Santa Monica area, where Motional has set up an office and an operations facility. Furthermore, Motional will hire people for its new research and development office in San Francisco, so those interested in career opportunities in this field should check out the company's website.

Motional, a joint autonomous vehicle venture between Aptiv and Hyundai, is expanding its operations in California. The company plans to start public road mapping and testing of its robotaxi in Los Angeles this month. Motional is currently testing the AV in Boston, Pittsburgh, Las Vegas (including driverless tests) and Singapore. The company and partner Lyft plan to start a robotaxi service in several US markets in 2023. Extensive road mapping and testing are essential precursors for that to happen.

That's the future the team at Halo wants you to imagine with its new app-based rideshare service, which delivers a car to the user, lets them drive where they need to go, and then spirits the car away via remote control. The T-Mobile-backed company announced plans Thursday to launch in Las Vegas later this year. Its system of nine cameras, radar, and ultrasonic sensors will be built into a fleet of modified Kia Niro EVs. So far, the remote-controlled cars have been testing on Las Vegas streets. Halo's technology is different from other autonomous car platforms like Waymo, Cruise, and Zoox. General Motors has inched slightly closer to fulfilling its quest to put the world in flying cars. As part of the 2021 virtual Consumer Electronics Show on Tuesday, GM showed renderings and animation of what it dubbed its Cadillac Halo concepts: the Cadillac Personal Autonomous Vehicle, which is like a fancy self-driving taxi, and Cadillac Vertical Take-off and Landing (VTOL) vehicle, a sleek and futuristic drone-like flying car. "The VTOL is GM's first foray into air travel," said Michael Simcoe, GM's vice president of global design. Advances in electric vehicles and other technology are now "making personal air travel possible," he said. Simcoe's presentation came in the middle of GM CEO Mary Barra's keynote address to CES, the annual exhibition normally held in Las Vegas that features the latest technology. 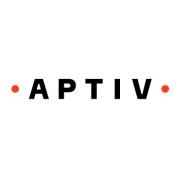 At Aptiv, we believe that our mobility solutions have the power to change the world. Our Autonomous Mobility team is focused on developing and commercializing self-driving cars and systems that enable point-to-point mobility in challenging urban driving environments. With talented teams working across the globe in Boston, Pittsburgh, Las Vegas, Santa Monica, and Singapore, Aptiv is the first company to deploy commercial robotaxis to the public. Today, Aptiv has provided over 80,000 autonomous rides to members of the public passengers in Las Vegas -- the world's largest public deployment of self-driving vehicles. In September 2019, Aptiv announced a 50/50 joint venture with Hyundai Motor Group, bringing together HMG and Aptiv's advanced engineering and R&D capabilities, our global footprint, and shared commitment to advancing autonomous driving technology.