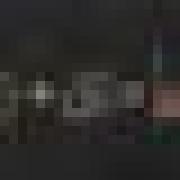 You are in your bed, with a book and a cup of coffee in hand. It's raining, and you are savouring the sound of rain droplets buffeting your window panes while your favourite songs play in the background. And most likely, the song you are listening to is recommended by your music app. Music apps -- that leverages the latest AI, ML technologies -- have become an essential part of our daily routines. The app has over 50 million songs and collects a lot of information about music tastes, search habits, playlists, geographical location, and most-used devices.

Description Here's a basic definition of machine learning: "Algorithms that parse data, learn from that data, and then apply what they've learned to make informed decisions" An easy example of a machine learning algorithm is an on-demand music streaming service. For the service to make a decision about which new songs or artists to recommend to a listener, machine learning algorithms associate the listener's preferences with other listeners who have a similar musical taste. This technique, which is often simply touted as AI, is used in many services that offer automated recommendations. Machine learning fuels all sorts of automated tasks that span across multiple industries, from data security firms that hunt down malware to finance professionals who want alerts for favorable trades. The AI algorithms are programmed to constantly be learning in a way that simulates as a virtual personal assistant--something that they do quite well.

A Survey on Personality-Aware Recommendation Systems

Gunrock 2.0 is built on top of Gunrock with an emphasis on user adaptation. Gunrock 2.0 combines various neural natural language understanding modules, including named entity detection, linking, and dialog act prediction, to improve user understanding. Its dialog management is a hierarchical model that handles various topics, such as movies, music, and sports. The system-level dialog manager can handle question detection, acknowledgment, error handling, and additional functions, making downstream modules much easier to design and implement. The dialog manager also adapts its topic selection to accommodate different users' profile information, such as inferred gender and personality. The generation model is a mix of templates and neural generation models. Gunrock 2.0 is able to achieve an average rating of 3.73 at its latest build from May 29th to June 4th.

Media services providers, such as music streaming platforms, frequently leverage swipeable carousels to recommend personalized content to their users. However, selecting the most relevant items (albums, artists, playlists...) to display in these carousels is a challenging task, as items are numerous and as users have different preferences. In this paper, we model carousel personalization as a contextual multi-armed bandit problem with multiple plays, cascade-based updates and delayed batch feedback. We empirically show the effectiveness of our framework at capturing characteristics of real-world carousels by addressing a large-scale playlist recommendation task on a global music streaming mobile app. Along with this paper, we publicly release industrial data from our experiments, as well as an open-source environment to simulate comparable carousel personalization learning problems.

Listener Modeling and Context-aware Music Recommendation Based on Country Archetypes

Music preferences are strongly shaped by the cultural and socio-economic background of the listener, which is reflected, to a considerable extent, in country-specific music listening profiles. Previous work has already identified several country-specific differences in the popularity distribution of music artists listened to. In particular, what constitutes the "music mainstream" strongly varies between countries. To complement and extend these results, the article at hand delivers the following major contributions: First, using state-of-the-art unsupervised learning techniques, we identify and thoroughly investigate (1) country profiles of music preferences on the fine-grained level of music tracks (in contrast to earlier work that relied on music preferences on the artist level) and (2) country archetypes that subsume countries sharing similar patterns of listening preferences. Second, we formulate four user models that leverage the user's country information on music preferences. Among others, we propose a user modeling approach to describe a music listener as a vector of similarities over the identified country clusters or archetypes. Third, we propose a context-aware music recommendation system that leverages implicit user feedback, where context is defined via the four user models. More precisely, it is a multi-layer generative model based on a variational autoencoder, in which contextual features can influence recommendations through a gating mechanism. Fourth, we thoroughly evaluate the proposed recommendation system and user models on a real-world corpus of more than one billion listening records of users around the world (out of which we use 369 million in our experiments) and show its merits vis-a-vis state-of-the-art algorithms that do not exploit this type of context information.

Computers have been used to analyze and create music since they were first introduced in the 1950s and 1960s. Beginning in the late 1990s, the rise of the Internet and large scale platforms for music recommendation and retrieval have made music an increasingly prevalent domain of machine learning and artificial intelligence research. While still nascent, several different approaches have been employed to tackle what may broadly be referred to as "musical intelligence." This article provides a definition of musical intelligence, introduces a taxonomy of its constituent components, and surveys the wide range of AI methods that can be, and have been, brought to bear in its pursuit, with a particular emphasis on machine learning methods.

An efficient manifold density estimator for all recommendation systems

Many unsupervised representation learning methods belong to the class of similarity learning models. While various modality-specific approaches exist for different types of data, a core property of many methods is that representations of similar inputs are close under some similarity function. We propose EMDE (Efficient Manifold Density Estimator) - a framework utilizing arbitrary vector representations with the property of local similarity to succinctly represent smooth probability densities on Riemannian manifolds. Our approximate representation has the desirable properties of being fixed-size and having simple additive compositionality, thus being especially amenable to treatment with neural networks - both as input and output format, producing efficient conditional estimators. We generalize and reformulate the problem of multi-modal recommendations as conditional, weighted density estimation on manifolds. Our approach allows for trivial inclusion of multiple interaction types, modalities of data as well as interaction strengths for any recommendation setting. Applying EMDE to both top-k and session-based recommendation settings, we establish new state-of-the-art results on multiple open datasets in both uni-modal and multi-modal settings. We release the source code and our own real-world dataset of e-commerce product purchases, with special focus on modeling of the item cold-start problem.

Modern RecSys: How does a recommender work?

I have worked in the data industry for over seven years and had the privilege of designing, building, and deploying two recommender systems (RecSys) that went on to serve millions of customers. For each chapter, I will walk through case studies and share my experience designing RecSys. This is part of my Modern Visual RecSys series; feel free to check out the rest of the series at the end of the article. We begin with a case study of Spotify to understand how RecSys works and introduce several key concepts, including a modern approach called convolutional neural networks (CNN), applied to music. Let us take a look at my personalized music recommendations from Spotify.