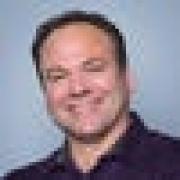 Matthew Miller started using mobile devices in 1997 and has been writing news, reviews, and opinion pieces ever since. He was a co-host, with Kevin Tofel, of the MobileTechRoundup podcast for 13 years and authored three Wiley Companion series books. Last year we were impressed with the Samsung Google partnership and Samsung's efforts to integrate Wear OS into its smartwatches running its Samsung Exynos mobile processor. We then purchased and tested the Galaxy Watch 4 Classic and deemed it a worthy competitor to the Apple Watch. A few months ago Samsung released a major software update that improved health and wellness features, while also confirming to the public that Google Assistant was still in the works.