Anti-surveillance makeup, used by people who do not want to be identified to fool facial recognition systems, is bold and striking, not exactly the stuff of cloak and daggers. While experts' opinions vary on the makeup's effectiveness to avoid detection, they agree that its use is not yet widespread. Anti-surveillance makeup relies heavily on machine learning and deep learning models to "break up the symmetry of a typical human face" with highly contrasted markings, says John Magee, an associate computer science professor at Clark University in Worcester, MA, who specializes in computer vision research. However, Magee adds that "If you go out [wearing] that makeup, you're going to draw attention to yourself." The effectiveness of anti-surveillance makeup has been debated because of racial justice protesters who do not want to be tracked, Magee notes.

A central challenge in face perception research is to understand how neurons encode face identities. This challenge has not been met largely due to the lack of simultaneous access to the entire face processing neural network and the lack of a comprehensive multifaceted model capable of characterizing a large number of facial features. Here, we addressed this challenge by conducting in silico experiments using a pre-trained face recognition deep neural network (DNN) with a diverse array of stimuli. We identified a subset of DNN units selective to face identities, and these identity-selective units demonstrated generalized discriminability to novel faces. Visualization and manipulation of the network revealed the importance of identity-selective units in face recognition. Importantly, using our monkey and human single-neuron recordings, we directly compared the response of artificial units with real primate neurons to the same stimuli and found that artificial units shared a similar representation of facial features as primate neurons. We also observed a region-based feature coding mechanism in DNN units as in human neurons. Together, by directly linking between artificial and primate neural systems, our results shed light on how the primate brain performs face recognition tasks. A deep neural network that was trained to identify celebrity faces can be used to model primate face recognition, and reveals the importance of identity-selective neural units in face recognition.

There are 24 unique pages with 3 different home pages included where you can find most type of pages. This template is suitable for any type of Machine Learning, Deep Learning, Artificial Intelligence, Computer Vision, Natural Language Processing (NLP), Face Recognition, Speech Analysis, Self Driving Car & any Startup Business Websites. This template include less file so you can change template color easily without any hassle. It's 100% fluid responsive & fits any device perfectly. By using this template you can easily build your own website just you like it.! Features: 03 Unique Awesome Home Pages 20 HTML Templates Available Product Demo pa Read more

Each passing day, the technologies surrounding AI-generated ultra-realistic faces become better and better. According to the artist, the project is a test of a Maya viewport applied in a real-time deepfake. To create the deepfake itself, the author used DeepFace Live. The workflow was based on that of Brielle Garcia, an AR/VR Software Developer, who is also known for creating realistic deepfakes.

But how do machines 'learn'?

The term "machine learning" is attaining more and more popularity, especially in the last couple of decades. It has become a mere routine to hear or read about the advancements in technology, such as state-of-the-art face recognition software, voice agents, intelligent robots, and so on. Hypothetically, there could be several reasons lying behind such hype. One obvious reason could be the fact that such advancements are meant to play facilitating roles in people's daily lives. Thus, the excitement of people for such a helping hand should come as no surprise. Another potential reason for the prevalence of the "machine learning" term could be, indeed, its naming.

In brief Miscreants can easily steal someone else's identity by tricking live facial recognition software using deepfakes, according to a new report. Sensity AI, a startup focused on tackling identity fraud, carried out a series of pretend attacks. Engineers scanned the image of someone from an ID card, and mapped their likeness onto another person's face. Sensity then tested whether they could breach live facial recognition systems by tricking them into believing the pretend attacker is a real user. So-called "liveness tests" try to authenticate identities in real-time, relying on images or video streams from cameras like face recognition used to unlock mobile phones, for example.

How to Detect Emotions in Images using Python 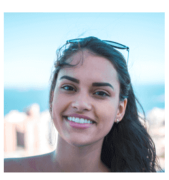 One of the easiest, and yet also the most effective, ways of analyzing how people feel is looking at their facial expressions. Most of the time, our face best describes how we feel in a particular moment. This means that emotion recognition is a simple multiclass classification problem. We need to analyze a person's face and put it in a particular class, where each class represents a particular emotion. In Python, we can use the DeepFace and FER libraries to detect emotions in images.

Learning theory alone is not enough. This is why everyone encourages students to try out AI projects. For beginners in AI, the best thing is to work on real-time AI projects. Once you start with the right AI curriculum and work on some hands-on projects, your basics will become clearer. To understand the field of artificial intelligence and implement it to solve business problems, it is necessary to know the latest tools and techniques associated with this field.

When artificial intelligence is tasked with visually identifying objects and faces, it assigns specific components of its network to face recognition -- just like the human brain. The human brain seems to care a lot about faces. It's dedicated a specific area to identifying them, and the neurons there are so good at their job that most of us can readily recognize thousands of individuals. With artificial intelligence, computers can now recognize faces with a similar efficiency -- and neuroscientists at MIT's McGovern Institute for Brain Research have found that a computational network trained to identify faces and other objects discovers a surprisingly brain-like strategy to sort them all out. The finding, reported on March 16, 2022, in Science Advances, suggests that the millions of years of evolution that have shaped circuits in the human brain have optimized our system for facial recognition.

Highlights: Face recognition represents an active area of research for more than 3 decades. This paper, FaceNet, published in 2015, introduced a lot of novelties and significantly improved the performance of face recognition, verification, and clustering tasks. Here, we explore this interesting framework that become popular for introducing 1) 128-dimensional face embedding vector and 2) triplet loss function. In addition to the theoretical background, we give an outline of how this network can be implemented in PyTorch. FaceNet method developed a novel design for the final layer of the CNN to embed the face image. This, so called, embedding vector is of size 128 elements.