The world of Artificial Intelligence

Humans are the most advanced form of Artificial Intelligence (AI), with an ability to reproduce. Artificial Intelligence (AI) is no longer a theory but is part of our everyday life. Services like TikTok, Netflix, YouTube, Uber, Google Home Mini, and Amazon Echo are just a few instances of AI in our daily life. This field of knowledge always attracted me in strange ways. I have been an avid reader and I read a variety of subjects of non-fiction nature. I love to watch movies – not particularly sci-fi, but I liked Innerspace, Flubber, Robocop, Terminator, Avatar, Ex Machina, and Chappie. When I think of Artificial Intelligence, I see it from a lay perspective. I do not have an IT background.

The world of Artificial Intelligence

Humans are the most advanced form of Artificial Intelligence (AI), with an ability to reproduce. Artificial Intelligence (AI) is no longer a theory but is part of our everyday life. Services like TikTok, Netflix, YouTube, Uber, Google Home Mini, and Amazon Echo are just a few instances of AI in our daily life. This field of knowledge always attracted me in strange ways. I have been an avid reader and I read a variety of subjects of non-fiction nature. I love to watch movies – not particularly sci-fi, but I liked Innerspace, Flubber, Robocop, Terminator, Avatar, Ex Machina, and Chappie. When I think of Artificial Intelligence, I see it from a lay perspective. I do not have an IT background.

How AI Could Become Sentient 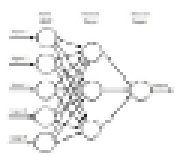 I propose to consider the question, 'Can machines think?' - Alan Turing, Computing Machinery and Intelligence, 1950. No one really knows, but everyone agrees humans do it, so let's start with the human brain as a model. Your brain consists of billions of neurons, arranged in delicate patterns to coordinate thought, emotion, behavior, and movement. Each neuron is connected with other neurons by synapses, and when something new is learned, a new neuron is created. Electrical signals between the neurons allows them to'communicate', or transfer information.

Is Fine Art the Next Frontier of AI?

In 1950, Alan Turing developed the Turing Test as a test of a machine's ability to display human-like intelligent behavior. "Are there imaginable digital computers which would do well in the imitation game?" In most applications of AI, a model is created to imitate the judgment of humans and implement it at scale, be it autonomous vehicles, text summarization, image recognition, or product recommendation. By the nature of imitation, a computer is only able to replicate what humans have done, based on previous data. This doesn't leave room for genuine creativity, which relies on innovation, not imitation.

A History Of Artificial Intelligence -- From the Beginning

In the seminal paper on AI, titled Computing Machinery and Intelligence, Alan Turing famously asked: "Can machines think?" -- or, more accurately, can machines successfully imitate thought? Turing clarifies that he's interested in machines that "are intended to carry out any operations which could be done by a human computer." In other words, he's interested in complex digital machines. Since the achievement of a thinking digital machine is a matter of the evolution of machines, it reasons to start at the beginning of machine history. A machine is a device that does work. 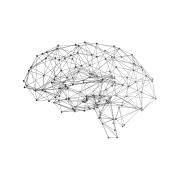 To differentiate themselves from researchers solving narrow AI problems, a few research teams have claimed an almost proprietary interest in producing human-level intelligence (or more) under the name "artificial general intelligence." Some have adopted the term "super-intelligence" to describe AGI systems that by themselves could rapidly design even more capable systems, with those systems further evolving to develop capabilities that far exceed any possessed by humans.

As well as playing a key role in cracking the Enigma code at Bletchley Park during the Second World War, and conceiving of the modern computer, the British mathematician Alan Turing owes his public reputation to the test he devised in 1950. Crudely speaking, it asks whether a human judge can distinguish between a human and an artificial intelligence based only on their responses to conversation or questions. This test, which he called the "imitation game," was popularised 15 years later in Philip K Dick's science-fiction novel Do Androids Dream of Electric Sheep? But Turing is also widely remembered as having committed suicide in 1954, quite probably driven to it by the hormone treatment he was instructed to take as an alternative to imprisonment for homosexuality (deemed to make him a security risk), and it is only comparatively recently that his genius has been afforded its full due. In 2009, Gordon Brown apologised on behalf of the British government for his treatment; in 2014, his posthumous star rose further again when Benedict Cumberbatch played him in The Imitation Game; and in 2021, he will be the face on the new £50 note.

History of the first AI Winter

AI has a long history. One can argue it even started long before the term was first coined; mostly in stories and later in actual mechanical devices called automata. This chapter only covers events relevant to the periods of AI winters without being too exhaustive in hope to extract knowledge that can be applied today. To aid understanding the phenomenon of AI Winters, the events leading up to them are examined. Many early ideas about thinking machines appeared in the late 1940s to '50s by people like Turing or Von Neumann.

As I read Melanie Mitchell's "Artificial Intelligence: A Guide for Thinking Humans," I found myself recalling John Updike's 1986 novel "Roger's Version.'' One of its characters, Dale, is determined to use a computer to prove the existence of God. Dale's search leads him into a mind-bending labyrinth where religious-metaphysical questions overwhelm his beloved technology and leave the poor fellow discombobulated. I sometimes had a similar experience reading "Artificial Intelligence." In Mitchell's telling, artificial intelligence (AI) raises extraordinary issues that have disquieting implications for humanity. AI isn't for the faint of heart, and neither is this book for nonscientists. To begin with, artificial intelligence -- "machine thinking," as the author puts it -- raises a pair of fundamental questions: What is thinking and what is intelligence? Since the end of World War II, scientists, philosophers, and scientist-philosophers (the two have often seemed to merge during the past 75-odd years) have been grappling with those very questions, offering up ideas that seem to engender further questions and profound moral issues. Mitchell, a computer science professor at Portland State University and the author of "Complexity: A Guided Tour," doesn't resolve these questions and issues -- she as much acknowledges that they are irresolvable at present -- but provides readers with insightful, common-sense scrutiny of how these and related topics pervade the discipline of artificial intelligence. Mitchell traces the origin of modern AI research to a 1956 Dartmouth College summer study group: its members included John McCarthy (who was the group's catalyst and coined the term artificial intelligence); Marvin Minsky, who would become a noted artificial intelligence theorist; cognitive scientists Herbert Simon and Allen Newell; and Claude Shannon ("the inventor of information theory"). Mitchell describes McCarthy, Minsky, Simon, and Newell as the "big four'' pioneers of AI.

Artificial Intelligence, Deep Learning, and How it Applies to Entertainment

In 1955, computer scientist John McCarthy coined the term artificial intelligence. Just five years before, English Mathematician Alan Turing had posed the question, "Can Machines Think?" Turing proposed a test: could a computer be built which is indistinguishable from a human? This test, often referred to as the Turing Test, has sparked the imagination of AI researchers ever since and been a key idea in the field. In the late 1990s artificial intelligence made its mark again, when IBM's Deep Blue beat the world chess champion Gary Kasparov. Since then, advances in computing power and data accumulation have led to a proliferation of new technologies driven by artificial intelligence.