It seems plausible to me that the neural networks in our brain are similar to classification networks, which map inputs into a reduced space learned representation. If so, it may be that psychedelics cause those networks to map to slightly adjacent areas of the learned representation, producing hallucinations that are perceptually adjacent to the inputs. One thing I've seen gaining more traction in recent years, with some small (but quickly growing) evidence behind it and the support of some well known people in the field (David E. Nichols and Dr Robin Carhart-Harris, is that psychedelics change the larger scale network of networks like the default mode network. The idea being that psychedelics can increase or decrease signals through these networks, and that e.g. Going through all paths that aren't normally used for that purpose would explain a lot of the basic effects, and could also explain why you see things in greater detail on psychedelics (I can't find it now but David E. Nichols went through this in a presentation before, I believe he showed that e.g. a lot of visual data is thrown out at the end of the network path, and that psychedelics stop it being discarded and it instead reaches the conscious parts).

Choosing the right architecture for your deep learning model can drastically change the results achieved. Using too few neurons can lead to the model not finding complex relationships in the data, whereas using too many neurons can lead to an overfitting effect. With tabular data it is usually understood that not many layers are required, one or two will suffice. To help understand why this is enough look at the Universal Approximation Theorem, which proves (in simple terms) that a neural network with one layer and a finite number of neurons can approximate any continuous function. However, how do you pick the number of neurons for that neural network?

Researchers from TU Wien, IST Austria and MIT have developed a recurrent neural network (RNN) method for application to specific tasks within an autonomous vehicle control system. What is interesting about this architecture is that it uses just a small number of neurons. This smaller scale allows for a greater level of generalization and interpretability compared with systems containing orders of magnitude more neurons. The researchers found that a single algorithm with 19 control neurons, connecting 32 encapsulated input features to outputs by 253 synapses, learnt to map high-dimensional inputs into steering commands. This was achieved by use of a liquid time-constant RNN, a concept that they introduced in 2018.

Computer Vision (CV) is nowadays one of the main application of Artificial Intelligence (eg. In this article, I will walk you through some of the main steps which compose a Computer Vision System. We will now briefly walk through some of the main processes our data might go through each of these three different steps. When trying to implement a CV system, we need to take into consideration two main components: the image acquisition hardware and the image processing software. One of the main requirements to meet in order to deploy a CV system is to test its robustness.

A warning to mobile users: this article has some chunky gifs in it. Generative Adversarial Networks (GANs) are being hailed as the Next Big Thing in generative art, and with good reason. New technology has always been a driving factor in art -- from the invention of paints to the camera to Photoshop -- and GANs are a natural next step. For instance, consider the following images, published in a 2017 paper by Elgammal et al. If you're unfamiliar with GANs, this article includes a succinct overview of the training process.

If we want to calculate the physical properties of matter (such as the electronic state), we need to describe the state of the electron. The equations of motion that we are familiar with cannot describe the states of small objects such as electrons, so we need to use something called quantum mechanics. In quantum mechanics, the state of an electron is described by a complex function, the "wave function". "wave function" is, roughly speaking, electrons' orbitals. The equation below, called the Schrödinger equation, is a basic equation in quantum mechanics that shows the relationship between the wave function and the energy (Hamiltonian, H-hat on the right side), where ψ is the wave function.

Application service providers manage huge and complex infrastructures. Like any complex systems, things could go wrong from time to time, due to various reasons (for example, network connection response problems, infrastructure resource limitations, software malfunctioning issues, and so on). As a result, the question of how to quickly resolve issues when they happen becomes critical to help improve customer satisfaction and retention. Note: Performance numbers claimed in this post are based on public data sets and not specific to a particular project or organization. Recently, the fast advancement of natural language processing (NLP) algorithms have helped solve many practical problems by analyzing text information.

The Exponential Growth of AI in Brain Care and Treatment 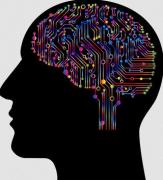 Advances in computer science are helping to accelerate a broad spectrum of scientific research. The more complex the problem, the greater the potential for artificial intelligence (AI) machine learning to help identify patterns and make predictions. How widely is machine learning being used in treating diseases and disorders of the brain? A new study published earlier this month in the science journal APL Bioengineering examines the state-of-the-art uses of AI for brain disease, and shows there has been exponential growth in over a decade. The biological brain has been the inspiration for artificial neural networks, a type of artificial intelligence (AI) machine learning model.

The essence behind an award-winning photo -- an AI approach

Convolutional neural networks (CNNs) allow the computer to classify images. Apart from classifying objects they also are able to give us insights on what makes a picture. What is the essence of a picture? By visualizing the layers of CNN architectures we dive into the understanding of how machines process images. This gives provides also insights into how the human "sees" pictures.