Artificial intelligence (AI) has become a part of everyday conversation and our lives. It is considered as the new electricity that is revolutionizing the world. AI is heavily invested in both industry and academy. However, there is also a lot of hype in the current AI debate. AI based on so-called deep learning has achieved impressive results in many problems, but its limits are already visible. AI has been under research since the 1940s, and the industry has seen many ups and downs due to over-expectations and related disappointments that have followed. The purpose of this book is to give a realistic picture of AI, its history, its potential and limitations. We believe that AI is a helper, not a ruler of humans. We begin by describing what AI is and how it has evolved over the decades. After fundamentals, we explain the importance of massive data for the current mainstream of artificial intelligence. The most common representations for AI, methods, and machine learning are covered. In addition, the main application areas are introduced. Computer vision has been central to the development of AI. The book provides a general introduction to computer vision, and includes an exposure to the results and applications of our own research. Emotions are central to human intelligence, but little use has been made in AI. We present the basics of emotional intelligence and our own research on the topic. We discuss super-intelligence that transcends human understanding, explaining why such achievement seems impossible on the basis of present knowledge,and how AI could be improved. Finally, a summary is made of the current state of AI and what to do in the future. In the appendix, we look at the development of AI education, especially from the perspective of contents at our own university.

The TriRhenaTech alliance presents the accepted papers of the 'Upper-Rhine Artificial Intelligence Symposium' held on October 27th 2021 in Kaiserslautern, Germany. Topics of the conference are applications of Artificial Intellgence in life sciences, intelligent systems, industry 4.0, mobility and others. The TriRhenaTech alliance is a network of universities in the Upper-Rhine Trinational Metropolitan Region comprising of the German universities of applied sciences in Furtwangen, Kaiserslautern, Karlsruhe, Offenburg and Trier, the Baden-Wuerttemberg Cooperative State University Loerrach, the French university network Alsace Tech (comprised of 14 'grandes \'ecoles' in the fields of engineering, architecture and management) and the University of Applied Sciences and Arts Northwestern Switzerland. The alliance's common goal is to reinforce the transfer of knowledge, research, and technology, as well as the cross-border mobility of students.

This is an intermediate-level free artificial intelligence course. This course will teach the basics of modern AI as well as some of the representative applications of AI including machine learning, probabilistic reasoning, robotics, computer vision, and natural language processing. To understand this course, you should have some previous understanding of probability theory and linear algebra.

Created by Laxmi Kant KGP Talkie Students also bought Unsupervised Machine Learning Hidden Markov Models in Python Machine Learning and AI: Support Vector Machines in Python Cutting-Edge AI: Deep Reinforcement Learning in Python Ensemble Machine Learning in Python: Random Forest, AdaBoost Deep Learning: Advanced Computer Vision (GANs, SSD, More!) Unsupervised Deep Learning in Python Preview this course GET COUPON CODE Description Welcome to KGP Talkie's Natural Language Processing course. It is designed to give you a complete understanding of Text Processing and Mining with the use of State-of-the-Art NLP algorithms in Python. We Learn Spacy and NLTK in details and we will also explore the uses of NLP in real-life. This course covers the basics of NLP to advance topics like word2vec, GloVe. In this course, we will start from level 0 to the advanced level.

Its impact is drastic and real: Youtube's AIdriven recommendation system would present sports videos for days if one happens to watch a live baseball game on the platform [1]; email writing becomes much faster with machine learning (ML) based auto-completion [2]; many businesses have adopted natural language processing based chatbots as part of their customer services [3]. AI has also greatly advanced human capabilities in complex decision-making processes ranging from determining how to allocate security resources to protect airports [4] to games such as poker [5] and Go [6]. All such tangible and stunning progress suggests that an "AI summer" is happening. As some put it, "AI is the new electricity" [7]. Meanwhile, in the past decade, an emerging theme in the AI research community is the so-called "AI for social good" (AI4SG): researchers aim at developing AI methods and tools to address problems at the societal level and improve the wellbeing of the society.

The TriRhenaTech alliance universities and their partners presented their competences in the field of artificial intelligence and their cross-border cooperations with the industry at the tri-national conference 'Artificial Intelligence : from Research to Application' on March 13th, 2019 in Offenburg. The TriRhenaTech alliance is a network of universities in the Upper Rhine Trinational Metropolitan Region comprising of the German universities of applied sciences in Furtwangen, Kaiserslautern, Karlsruhe, and Offenburg, the Baden-Wuerttemberg Cooperative State University Loerrach, the French university network Alsace Tech (comprised of 14 'grandes \'ecoles' in the fields of engineering, architecture and management) and the University of Applied Sciences and Arts Northwestern Switzerland. The alliance's common goal is to reinforce the transfer of knowledge, research, and technology, as well as the cross-border mobility of students.

What Should I Learn First: Introducing LectureBank for NLP Education and Prerequisite Chain Learning

Recent years have witnessed the rising popularity of Natural Language Processing (NLP) and related fields such as Artificial Intelligence (AI) and Machine Learning (ML). Many online courses and resources are available even for those without a strong background in the field. Often the student is curious about a specific topic but does not quite know where to begin studying. To answer the question of "what should one learn first," we apply an embedding-based method to learn prerequisite relations for course concepts in the domain of NLP. We introduce LectureBank, a dataset containing 1,352 English lecture files collected from university courses which are each classified according to an existing taxonomy as well as 208 manually-labeled prerequisite relation topics, which is publicly available. The dataset will be useful for educational purposes such as lecture preparation and organization as well as applications such as reading list generation. Additionally, we experiment with neural graph-based networks and non-neural classifiers to learn these prerequisite relations from our dataset. 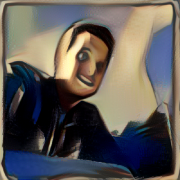 It emphasizes flexibility through the elegant use of object-oriented design patterns.