You are familiar with the term data lake. A data lake is a repository used to store unlimited volume of data. These days, most of the cloud service providers allow us to host scalable data lakes for storing data as it arrives. For using these data lakes, it is not required to structure the data and we can run different types of applications on it. Usually they are applications for big data analytics and machine learning.

How does a Data Scientist Build a Machine Learning Model in 8 Steps?

Machine learning an integral component of Artificial Intelligence algorithms has reshaped businesses and our life's for quite some time for now! Be it be from opening your phone by facial recognition to the more complex recommender algorithms which assists you what you will watch or shop next, machine learning is making quite a noise for now. In simple words, machine learning is defined as making machines learn to initiate human actions, through complex coding done in Python, R, C, C#, Java and so on. There is nothing like a perfect machine learning roadmap, a path which is filled with trial and error. Data Scientists, Data Analysts who are ML experts constantly tweak and alter their algorithms and models for the desired accuracy. 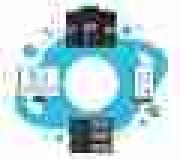 To objective of this article is to show how a single data scientist can launch dozens or hundreds of data science-related tasks simultaneously (including machine learning model training) without using complex deployment frameworks. In fact, the tasks can be launched from a "data scientist"-friendly interface, namely, a single Python script which can be run from an interactive shell such as Jupyter, Spyder or Cloudera Workbench. The tasks can be themselves parallelised in order to handle large amounts of data, such that we effectively add a second layer of parallelism. "Data science" and "automation" are two words that invariably go hand-in-hand with each other, as one of the keys goals of machine learning is to allow machines to perform tasks more quickly, with lower cost, and/or better quality than humans. Naturally, it wouldn't make sense for an organization to spend more on tech staff that are supposed to develop and maintain systems that automate work (data scientists, data engineers, DevOps engineers, software engineers and others) than on the staff that do the work manually.

Amazon Simple Storage Service (S3) is an object storage service that offers high availability and reliability, easy scaling, security, and performance. Many companies all around the world use Amazon S3 to store and protect their data. PostgreSQL is an open-source object-relational database system. In addition to many useful features, PostgreSQL is highly extensible, and this allows to organize work with the most complicated data workloads easily. In this article, we will show how to load data into Amazon S3 and PostgreSQL, then how to connect these sources to Dremio, and how to perform data curation.

"Enterprise Machine Learning requires looking at the big picture […] from a data engineering and a data platform perspective," lectured Justin Norman during the talk on the deployment of Machine Learning models at this year's DataWorks Summit in Barcelona. Indeed, an industrial Machine Learning system is a part of a vast data infrastructure, which renders an end-to-end ML workflow particularly complex. The challenges linked to the development, deployment, and maintenance of the real-world ML systems should not be overlooked as we pursue the finest ML algorithms. Machine Learning is not necessarily meant to replace human decision making, it is mainly about helping humans make complex judgment base decisions. The talk I attended, Machine Learning Model Deployment: Strategy to Implementation, was given by Cloudera's experts, Justin Norman and Sagar Kewalramani.

Your preferred abstraction level can lie anywhere between writing C code with CUDA extensions to using a highly abstracted canned estimator, which lets you do a lot (optimize, train, evaluate) with fewer lines of code but at the cost of less control on implementation. It mostly depends on the complexity and novelty of the solution that you intend to develop.

SnapLogic recently joined Vanson Bourne for the'Busting Through Digital Transformation Roadblocks' research study, surveying 500 IT decision makers from medium to large firms in the US and UK to gain insight into the issues impeding digital transformation. The study found that 68% of those surveyed view AI and machine learning technology to be integral to digital transformation, but an industry-wide shortfall in ML expertise limiting the tech's uptake was found by a separate McKinsey Global Institute study. The SnapLogic Data Science self-service solution will enable companies to rapidly build and deploy machine learning programs without the need for advanced coding, circumventing the issue of limited expertise by increasing the accessibility and ease with which machine learning systems can be constructed and integrated into existing models. Through Data Science's drag-and-drop-based UI, engineers, data scientists, and DevOps teams will be able to coordinate data acquisition, data analysis and preparation, model training and validation, through to full deployment. "Every enterprise in every industry will need to employ AI and machine learning in order to keep pace with today's most progressive businesses," said Greg Benson, SnapLogic's Chief Scientist, in the firm's press release.

Check out the "Ethics and Privacy" sessions at the Strata Data conference in New York, September 11-13, 2018. Subscribe to the O'Reilly Data Show Podcast to explore the opportunities and techniques driving big data, data science, and AI. Find us on Stitcher, TuneIn, iTunes, SoundCloud, RSS. In this episode of the Data Show, I spoke with Chang Liu, applied research scientist at Georgian Partners. In a previous post, I highlighted early tools for privacy-preserving analytics, both for improving decision-making (business intelligence and analytics) and for enabling automation (machine learning).

Operationalizing machine learning for a specific business purpose has traditionally been an exacting process. Data scientists were tasked with procuring representative data samples, understanding business objectives in relation to them, then working on a seemingly ceaseless cycle of testing and retesting for useful predictive results. Attempts to alter the model, or perhaps supplant it with another, only aggravated the process, considerably delaying time to value for business users attempting to leverage the performance benefits of Artificial Intelligence. Moreover, there were oftentimes intrinsic delays simply with putting those models into production, which created the same effect. "When you're deploying a new model you have to figure out how to test it," MapR Senior Vice President of Data and Operations Jack Norris said about this traditional method.