We are excited to bring Transform 2022 back in-person July 19 and virtually July 20 - 28. Join AI and data leaders for insightful talks and exciting networking opportunities. In the midst of the heated debate about AI sentience, conscious machines and artificial general intelligence, Yann LeCun, Chief AI Scientist at Meta, published a blueprint for creating "autonomous machine intelligence." LeCun has compiled his ideas in a paper that draws inspiration from progress in machine learning, robotics, neuroscience and cognitive science. He lays out a roadmap for creating AI that can model and understand the world, reason and plan to do tasks on different timescales. While the paper is not a scholarly document, it provides a very interesting framework for thinking about the different pieces needed to replicate animal and human intelligence. It also shows how the mindset of LeCun, an award-winning pioneer of deep learning, has changed and why he thinks current approaches to AI will not get us to human-level AI.

As a Machine Learning Developer in the NLP team at Coveo you will get fully immersed in our Support Case Assist and Question-Answering projects. You will play a key role in the design and implementation of NLP-based systems and applications. You will also be involved in the efforts to build and improve tools to support ML Scientists, such as experimentation and training frameworks for Deep Learning NLP Tasks. Seize the opportunity to have an impact on the core AI technologies and the value they bring to our customers through the Coveo Relevance Cloud Platform! Do you think you can bring this role to life? 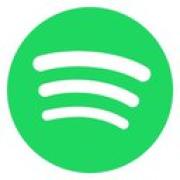 While the Machine Learning world was still coming to terms with the impressive results of DALL-E 2, released earlier this year, Google upped the ante by releasing its own text-to-image model Imagen, which appears to push the boundaries of caption-conditional image generation even further. Imagen, released just last month, can generate high-quality, high-resolution images given only a description of a scene, regardless of how logical or plausible such a scene may be in the real world. These impressive results no doubt have many wondering how Imagen actually works. In this article, we'll explain how Imagen works at several levels. First, we will examine Imagen from a bird's-eye view in order to understand its high-level components and how they relate to one another. We'll then go into a bit more detail regarding these components, each with its own subsection, in order to understand how they themselves work. Finally, we'll perform a Deep Dive into Imagen that is intended for Machine Learning researchers, students, and practitioners. Without further ado, let's dive in! In the past few years, there has been a significant amount of progress made in the text-to-image domain of Machine Learning. A text-to-image model takes in a short textual description of a scene and then generates an image which reflects the described scene. An example input description (or "caption") and output image can be seen below: It is important to note that high-performing text-to-image models will necessarily be able to combine unrelated concepts and objects in semantically plausible ways.

Fox News Flash top entertainment and celebrity headlines are here. Check out what clicked this week in entertainment. Machine Gun Kelly has explained some of his bold actions. The 32-year-old was just trying to get everybody's attention when he smashed a glass against his head during an appearance Tuesday night at Catch in New York City. "You know when you clink a champagne glass with a fork to kind of get people's attention?"

Sinequa said its neural search function can answer natural language questions, thanks to four deep learning models it developed with Microsoft Azure and Nvidia teams. Enterprise search company Sinequa is adding a neural search option to its platform with the aim of giving improved accuracy and relevance to customers. Sinequa said the new AI function is the first commercially available system to use four deep learning language models. Combined with the platform's natural language processing and semantic search abilities, Sinequa said this will lead to improved question-answering and search relevance. The Sinequa Search Cloud platform is designed to help employees find relevant information and insights from all enterprise sources in any language in the context of their work.

We are excited to bring Transform 2022 back in-person July 19 and virtually July 20 - 28. Join AI and data leaders for insightful talks and exciting networking opportunities. It's simple: In financial services, customer data offers the most relevant services and advice. But, oftentimes, people use different financial institutions based on their needs – their mortgage with one; their credit card with another; their investments, savings and checking accounts with yet another. And in the financial industry more so than others, institutions are notoriously siloed. Largely because the industry is so competitive and highly regulated, there hasn't been much incentive for institutions to share data, collaborate or cooperate in an ecosystem. Customer data is deterministic (that is, relying on first-person sources), so with customers "living across multiple parties," financial institutions aren't able to form a precise picture of their needs, said Chintan Mehta, CIO and head of digital technology and innovation at Wells Fargo.

The past month has seen a frenzy of articles, interviews, and other types of media coverage about Blake Lemoine, a Google engineer who told The Washington Post that LaMDA, a large language model created for conversations with users, is "sentient." After reading a dozen different takes on the topic, I have to say that the media has become (a bit) disillusioned with the hype surrounding current AI technology. A lot of the articles discussed why deep neural networks are not "sentient" or "conscious." This is an improvement in comparison to a few years ago, when news outlets were creating sensational stories about AI systems inventing their own language, taking over every job, and accelerating toward artificial general intelligence. But the fact that we're discussing sentience and consciousness again underlines an important point: We are at a point where our AI systems--namely large language models--are becoming increasingly convincing while still suffering from fundamental flaws that have been pointed out by scientists on different occasions.

Welcome to Machine Learning: Natural Language Processing in Python (Version 2). This is a massive 4-in-1 course covering: 1) Vector models and text preprocessing methods 2) Probability models and Markov models 3) Machine learning methods 4) Deep learning and neural network methods In part 1, which covers vector models and text preprocessing methods, you will learn about why vectors are so essential in data science and artificial intelligence. You will learn about various techniques for converting text into vectors, such as the CountVectorizer and TF-IDF, and you'll learn the basics of neural embedding methods like word2vec, and GloVe. You'll then apply what you learned for various tasks, such as: Document retrieval / search engine Along the way, you'll also learn important text preprocessing steps, such as tokenization, stemming, and lemmatization. You'll be introduced briefly to classic NLP tasks such as parts-of-speech tagging.