The Lottery Ticket Hypothesis That Shocked The World 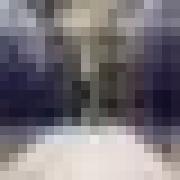 In machine learning, bigger may not always be better. As the datasets and the machine learning models keep expanding, researchers are racing to build state-of-the-art benchmarks. However, larger models can be detrimental to the budget and the environment. Over time, researchers have developed several ways to shrink the deep learning models while optimizing training datasets. In particular, three techniques–pruning, quantization, and transfer learning–have been instrumental in making models run faster and more accurately at lesser compute power.

AI pioneer Geoff Hinton: "Deep learning is going to be able to do everything" – MIT Technology Review

The modern AI revolution began during an obscure research contest. It was 2012, the third year of the annual ImageNet competition, which challenged teams to build computer vision systems that would recognize 1,000 objects, from animals to landscapes to people. In the first two years, the best teams had failed to reach even 75% accuracy. But in the third, a band of three researchers--a professor and his students--suddenly blew past this ceiling. They won the competition by a staggering 10.8 percentage points.

A Discussion of Machine Learning Competitions

Define some objective, then let a population of algorithms compete against one another, mixing and refining characteristics of the most successful of their predecessors, and occasionally introducing novel approaches. They are rather ubiquitous in today's research and commercial environment, but what are they good for, and what should one know about them? I'm here to ask some of these questions, and maybe produce a few answers along the way. Although it can be misleading to mix metaphors in a discipline that already overburdens its terminology over different granularities and levels of description, I invoked the essence of genetic algorithms in order to convince people that an observable of any recurring competition is that the metric it judges contestants by tends to be optimized over time. I also wanted to get the idea of diversity and its relationship with an incentivized selection process such as competition primed in our minds.

CatBoost [2] has beaten many other popular machine learning algorithms on benchmark datasets where logloss was the error metric. It beat mainly LightGBM and XGBoost, which have recently been the standard before in not only data science competitions, but also in professional settings as well. Now is the time to learn this powerful library, and below is how you can implement it in four easy steps. This tutorial will be using popular data science tools like Python and Jupyter Notebook. First, we will start off with the three simple installation commands, then move on to all the necessary imports that you would need for your first, basic CatBoost regression model -- which, as you will see, might be your first and last, because that is how impressively great CatBoost is without much tuning or additional code.

Council Post: From Digital To Physical: The Ultimate Challenge For AI

In the summer of 2012, Google made a big media splash when it showed that its researchers "trained a network of 1,000 computers wired up like a brain to recognize cats." While AI, neural networks and its most recent rebranding, "deep learning," were already established fields with decades of research and countless real-world applications behind them, the world at large (and all its cats) took notice. Deep learning, a branch of AI that closely mimics how neurons wire and fire, was becoming more powerful: The massive amounts of digital data and compute power needed for training these systems were now available to companies like Google. Since 2012, applications of AI have expanded to both the consumer and enterprise realms. For instance, AI can be applied to make smart phone pictures more beautiful, delete spam messages, recognize faces, translate languages, make video games more appealing and optimize sales engagements, among many others.

Autonomous Greenhouse Challenge Winner on the Power of Artificial Intelligence

In 2018, five teams grew cucumbers in a ground-breaking Autonomous Greenhouse Challenge international competition. The twist: only one of the teams consisted of experienced human growers operating their greenhouse compartment manually. The remaining four teams consisted of international experts in the fields of horticulture and artificial intelligence (AI). They worked to develop AI solutions to manage their crops remotely and autonomously. The goal of the competition, the world's first Autonomous Greenhouse Challenge, was to drive breakthroughs in sustainable food production.

This paper presents a new dataset of Peter the Great's manuscripts and describes a segmentation procedure that converts initial images of documents into the lines. The new dataset may be useful for researchers to train handwriting text recognition models as a benchmark for comparing different models. It consists of 9 694 images and text files corresponding to lines in historical documents. The open machine learning competition Digital Peter was held based on the considered dataset. The baseline solution for this competition as well as more advanced methods on handwritten text recognition are described in the article. Full dataset and all code are publicly available.

This book chapter describes a novel approach to training machine learning systems by means of a hybrid computer setup i.e. a digital computer tightly coupled with an analog computer. As an example a reinforcement learning system is trained to balance an inverted pendulum which is simulated on an analog computer, thus demonstrating a solution to the major challenge of adequately simulating the environment for reinforcement learning.