How Artificial Intelligence Can Help with Home Builders & Developers

When most people think of Artificial Intelligence (AI) they probably think about their Amazon's Alexa, self-driving cars or Apple's Siri. However, AI can help be used for many other functions, including marketing and construction. Home builders and developers can incorporate AI in their marketing and construction efforts to impact growth in business and employee retention. The benefits of AI include improving efficiency in the workplace, solving complex problems, and even freeing up your time. Many businesses use AI-related machines or bots and other technologies today so they can use their time more wisely.

CBMM Panel Discussion: Is the theory of Deep Learning relevant to applications? 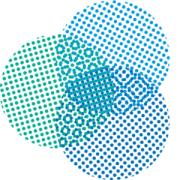 Abstract: Deep Learning has enjoyed an impressive growth over the past few years in fields ranging from visual recognition to natural language processing. Improvements in these areas have been fundamental to the development of self-driving cars, machine translation, and healthcare applications. This progress has arguably been made possible by a combination of increases in computing power and clever heuristics, raising puzzling questions that lack full theoretical understanding. Here, we will discuss the relationship between the theory behind deep learning and its application. This panel discussion will be hosted remotely via Zoom.

Amazon Go is the first store where no checkout is required. Customer simply enter the store using the Amazon Go app to browse and take the required products or items they want and then leave. Customer being able to purchase, products without suing a counter or checkout. The following video shows how Self-driving Robot (Delivery Bot and named as YAPE) brings goods directly to you, it uses Facial Recognition to recognize the customer to deliver. It makes delivery fast and easy, bot easily navigates sidewalks. YAPE has a 70 kg loading capacity and can travel 80km on a single charge.

Artificial intelligence (AI) can become more efficient and reliable if it is made to mimic biological models. New approaches in AI research are hugely successful in experiments. Artificial intelligence has arrived in our everyday lives--from search engines to self-driving cars. This has to do with the enormous computing power that has become available in recent years. But new results from AI research now show that simpler, smaller neural networks can be used to solve certain tasks even better, more efficiently, and more reliably than ever before.

Here's a topic that entails intense controversy, oftentimes sparking loud arguments and heated responses. Do you think that men are better drivers than women, or do you believe that women are better drivers than men? Seems like most of us have an opinion on the matter, one way or another. Stereotypically, men are often characterized as fierce drivers that have a take-no-prisoners attitude, while women supposedly are more forgiving and civil in their driving actions. Depending on how extreme you want to take these tropes, some would say that women shouldn't be allowed on our roadways due to their timidity, while the same could be said that men should not be at the wheel due to their crazed pedal-to-the-metal predilection.

A course that will help you implement reinforcement learning in your projects!! In the last few years, we heard about Google's AlphaGo defeating the GO champion; we heard that the latest AIs are now playing Super Mario or Dota2, or even AI-powered self-driving cars (Tesla) have started carrying passengers without human assistance. If all this sounds crazy, then brace yourself for the future because development in AI is increasing at a pace like never before. Reinforcement learning is one such development in AI that has opened a whole new world. To help you learn this concept, we are set to launch an entire curation dedicated to Reinforcement Learning.

People, bicycles, cars or road, sky, grass: Which pixels of an image represent distinct foreground persons or objects in front of a self-driving car, and which pixels represent background classes? This task, known as panoptic segmentation, is a fundamental problem that has applications in numerous fields such as self-driving cars, robotics, augmented reality and even in biomedical image analysis. At the Department of Computer Science at the University of Freiburg Dr. Abhinav Valada, Assistant Professor for Robot Learning and member of BrainLinks-BrainTools focuses on this research question. Valada and his team have developed the state-of-the-art "EfficientPS" artificial intelligence (AI) model that enables coherent recognition of visual scenes more quickly and effectively. This task is mostly tackled using a machine learning technique known as deep learning where artificial neural networks that are inspired from the human brain, learn from large amounts of data, explains the Freiburg researcher.

What is Computer Vision and How is it Transforming Our World? 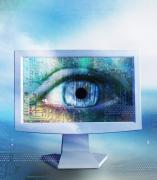 Vision is the biggest gift given to humans. As we continue to struggle towards making technology more and more like us, this is one thing we need to put the most effort into. Machines are now easily able to capture images, but recognizing the surrounding environment and objects cannot be done if they don't let how to interpret the information that lies in them. That's why Computer Vision is important if we want to make humans truly intelligent. Let's see what it is and how it is making different fields better.