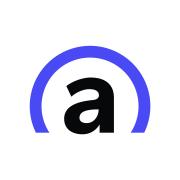 At Affirm, People Come First is one of our core values, and that's why diversity and inclusion are vital to our priorities as an equal opportunity employer. You can read about our D&I program here and our progress thus far in our 2020 DEI Report. We also believe It's On Us to provide an inclusive interview experience for all, including people with disabilities. We are happy to provide reasonable accommodations to candidates in need of individualized support during the hiring process. We will consider for employment qualified applicants with arrest and conviction records in accordance with applicable federal, state, and local laws, including the San Francisco Fair Chance Ordinance.

LinkedIn released its list of the top emerging jobs for 2020. These jobs have grown substantially in the last five years, and LinkedIn predicts they will continue to increase demand in the new year. Demand for artificial intelligence specialists grew 74% over the last five years. The job requires fluency in deep learning and machine learning. Cities hiring the most for artificial intelligence specialists include Boston and San Francisco.

Nightfall (formerly Watchtower AI), a San Francisco-based provider of cloud data loss prevention solutions, today emerged from stealth with $20.3 million in funding led by Bain Capital Ventures and Venrock, with participation from Pear VC and Atlassian CTO Sri Viswanath. CEO Isaac Madan said the proceeds from this latest round will bolster Nightfall's R&D and market expansion. "Our mission at Nightfall is to build the control plane for cloud data, enabling enterprises to know what data they have across the cloud, and to proactively manage and protect that information," said Madan, who was previously with Venrock's investment division. Nightfall's eponymous platform monitors data flowing into and out of the services a customer uses, which machine learning algorithms classify as sensitive, personally identifiable (PII), noncompliant (with regulations like HIPAA and GDPR), or safe to share. Using a visual dashboard, admins can set up automated workflows for quarantines, deletions, alerts, and more that integrate with dozens of software-as-a-service (SaaS) platforms and APIs, and view analytics metrics like real-time and historical PII count by type.

Artificial intelligence is quickly becoming a foundational technology for enterprise software development and startups have begun addressing a variety of issues around using AI to make software and processes much more efficient. To that end, we are delighted to announce that Jocelyn Goldfein, a Managing Director at Zetta Venture Partners will be joining on us a panel to discuss AI in the enterprise. It will take place at the TechCrunch Sessions: Enterprise show on September 5 at the Yerba Buena Center in San Francisco. It's not just startups that are involved in AI in the enterprise. Some of the biggest names in enterprise software including Salesforce Einstein, Adobe Sensei and IBM Watson have been addressing the need for AI to help solve the enterprise data glut.

If you've ever found yourself wishing you could do all the things you've been able to do with a hypervisor and regular virtual machines but on a GPU cluster – in your own data center or in the cloud – Nvidia and VMware are now saying your wish is about to come true. Monday morning, in conjunction with the start of VMworld in San Francisco, the two companies announced that VMware Cloud on AWS, the VMware-operated cloud service running on bare-metal infrastructure in AWS data centers, will soon feature virtualized GPUs you'll be able to provision and manage using the same vSphere tools you use with regular VM infrastructure. You'll be able to share a single physical GPU among multiple VMs, but you'll also be able to aggregate the power of many GPUs to train a machine-learning model at massive scale, the companies said. Related: VMworld: Look at Acquisitions for Virtualization's Cloud Play The play here is to get VMware into the infrastructure mix for the emerging set of enterprise computing workloads that benefit from GPU acceleration, such as AI and machine learning, as well as more traditional Big Data analytics. Also on Monday, the company announced a broad strategy for tackling the hybrid cloud opportunity, which is essentially to provide a single set of tools for managing all enterprise infrastructure, on premises and/or in any public cloud, in a uniform way.

Nvidia and VMware today announced an enterprise-grade hybrid cloud on AWS that is optimized for machine learning, AI, and data science workflows. The VMware Cloud on AWS with Nvidia is capable of operating from cloud and on-premise servers and will make it easier to migrate VMware vSphere-based applications to the cloud to accelerate high-performance computing or machine learning for research, experimentation, and deployment in production. Today's news comes at the beginning of the VMworld conference in San Francisco and just days after VMware acquired cloud security and app development startups Pivotal and Carbon Black for $5 billion. Nvidia today also introduced vCompute Server for the GPU-accelerated deployment of workloads in virtual environments, including VMware's vSphere, vCenter, and VMware Cloud. The latest virtual GPU offering from Nvidia can make the completion of deep learning training up to 50 times faster than with a CPU alone.

What a program for The IT Press Tour #28

The IT Press Tour, the leading IT event for IT press, has unveiled a few days ago participating companies for the 28th edition scheduled mid-October in San Francisco. Nine companies will joins us with 7 new and 2 who come back respectively for the second time for Platfom.sh and third time for Sysdig. All seven others are new participants, here is the full list: Aera Technology, AI/ML for enterprise management, H2O.ai, open source data science and machine learning platform, Kinetica, GPU database, LogicMonitor, SaaS-based performance monitoring, Mabl, ML-driven test automotion service, Odaseva, Salesforce data management and GDPR, Platform.sh, The week will be dense with hot topics and great speakers and leaders, the tour will rock again. I invite you to follow us with @ITPressTour, #ITPT, various publications and reporters Twitter handles.