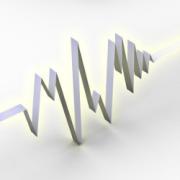 In a critical episode of The Mandalorian, a TV series set in the Star Wars universe, a mysterious Jedi fights his way through a horde of evil robots. As the heroes of the show wait anxiously to learn the identity of their cloaked savior, he lowers his hood, and--spoiler alert-- they meet a young Luke Skywalker. Actually, what we see is an animated, de-aged version of the Jedi. Then Luke speaks, in a voice that sounds very much like the 1980s-era rendition of the character, thanks to the use of an advanced machine learning model developed by the voice technology startup Respeecher. "No one noticed that it was generated by a machine," says Dmytro Bielievtsov, chief technology officer at Respeecher.