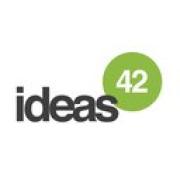 Our approach is based on a deep understanding of human behavior and why people make the decisions they do. We work closely with our partners from leading government, foundations, NGOs and companies. The Project Director, Machine Learning in US Health will lead ideas42's portfolio of work at the intersection of behavioral science and machine learning in health. This person will drive a new and rapidly growing initiative within ideas42 and should anticipate many opportunities for entrepreneurship and innovation. They will be primarily based within ideas42's US health team; though on occasion they will also relate to organization-wide machine learning initiatives, as well as non-machine learning efforts within the broader US health portfolio.

Robots being able to understand and react to language is a prerequisite for them to be able to interact with us. Therefore, it is a very active topic of research with newer, better and mostly bigger neural networks coming out on a very regular basis. It is extremely difficult to keep up with the state-of-the-art. Especially for people new to the topic, it can be very cumbersome to start off. Having recently gotten into Natural Language Processing (NLP), I want to give an overview of the basics of NLP for the interested reader.

Building a culture of pioneering responsibly

As chief operating officer of one of the world's leading artificial intelligence labs, I spend a lot of time thinking about how our technologies impact people's lives – and how we can ensure that our efforts have a positive outcome. This is the focus of my work, and the critical message I bring when I meet world leaders and key figures in our industry. For instance, it was at the forefront of the panel discussion on'Equity Through Technology' that I hosted this week at the World Economic Forum in Davos, Switzerland. Inspired by the important conversations taking place at Davos on building a greener, fairer, better world, I wanted to share a few reflections on my own journey as a technology leader, along with some insight into how we at DeepMind are approaching the challenge of building technology that truly benefits the global community. In 2000, I took a sabbatical from my job at Intel to visit the orphanage in Lebanon where my father was raised. For two months, I worked to install 20 PCs in the orphanage's first computer lab, and to train the students and teachers to use them.

Changes are coming to the borders of the European Union and Canada, with the former recommended to adopt an integrated system of nation-level biometric databases for watchlist checks and the latter's government working slowly towards taking the task of air traveler screening on from airlines. The EU's Future Group on Travel Intelligence, established by Europol and Frontex in 2019, has produced its final report on'Travel Intelligence and Border Management,' which advises the establishment of a more integrated border control ecosystem in the EU, introducing pre-arrival traveler screening and risk assessments, which may be carried out with artificial intelligence. The 83-page report, spotted by Statewatch, describes the establishment of an'EU Border and Travel Continuum' consisting of 10 steps. A European System for Traveller Screening (ESTS) would be established, possibly using AI and machine learning algorithms. The report acknowledges the "critical operational, cultural, technological, legal (e.g.

At Vasudev Innovative Software, the most important thing is to build and maintain trusting connections with customers. Our experts will assist you in safely entering a new market while analyzing risk exposures. We help businesses use Artificial Intelligence & Machine Learning Solutions, and predictive analytics to make better business decisions and achieve more fruitful results. Machine Learning (ML) is the study of teaching computers to learn and act in the same way that humans do, and to enhance their learning over time in a self-contained manner by providing them with data in the form of observations and real-world interactions.

Correlation measures the degree to which two phenomena are related to one another. For example, there is a correlation between summer temperatures and ice cream sales. When one goes up, so does the other. Two variables are positively correlated if a change in one is associated with a change in the other in the same direction, such as the relationship between height and weight. Taller people weigh more (on average); shorter people weigh less. A correlation is negative if a positive change in one variable is associated with a negative change in the other, such as the relationship between exercise and weight.

AI and Machine Learning in the Management of Liver Disease 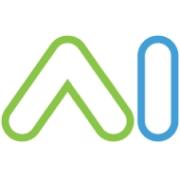 So, how do organizations empower their employees with machine learning? One option is to completely disregard the end-user experience and make the model available behind some endpoint where the user can directly query the model. This is, of course, technically complex and not entirely intuitive. For example, a user within their workflow identifies a gap in their knowledge that can be addressed with an available machine learning model, determines what information will adequately allow the model to fill that knowledge gap, and then selects the correct input to pass into the model. Next, the user exits their workflow to e.g. a command-line interface, Jupyter notebook, etc. to make a call to the model deployed model, receives a JSON output from the model endpoint, parses the model output to determine the answer to their original question, and then returns to their original workflow armed with the model output.