Bet On The Bot: AI Beats The Professionals At 6-Player Texas Hold 'Em 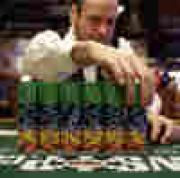 A Poker-Playing Robot Goes to Work for the Pentagon

In 2017, a poker bot called Libratus made headlines when it roundly defeated four top human players at no-limit Texas Hold'Em. Now, Libratus's technology is being adapted to take on opponents of a different kind--in service of the US military. Libratus--Latin for balanced--was created by researchers from Carnegie Mellon University to test ideas for automated decision-making based on game theory. Early last year, the professor who led the project, Tuomas Sandholm, founded a startup called Strategy Robot to adapt his lab's game-playing technology for government use, such as in wargames and simulations used to explore military strategy and planning. Late in August, public records show, the company received a two-year contract of up to $10 million with the US Army.