"Cognitive science is the interdisciplinary study of mind and intelligence, embracing philosophy, psychology, artificial intelligence, neuroscience, linguistics, and anthropology. Its intellectual origins are in the mid-1950s when researchers in several fields began to develop theories of mind based on complex representations and computational procedures."
– Paul Thagard. Cognitive Science , in The Stanford Encyclopedia of Philosophy.

How physically taxing jobs can affect the brain

Fox News Flash top headlines are here. Check out what's clicking on Foxnews.com. Physically taxing jobs can hinder one's cognitive health, potentially causing a person's brain to age faster and leave them with a poorer memory as they grow older, a new study suggests. In a study published in the Frontiers in Human Neuroscience in July, researchers surveyed nearly 100 cognitively healthy older adults between ages 60 and 80 years old in order to better understand how stress plays a role in how the human brain ages. Their analysis indicated that adults who reported having higher levels of physical stress in their most recent job were also people who had a smaller hippocampal volume and poorer memory performance. The hippocampus is commonly associated with memory.

From Medical To Consumer Facing: Next Wave of NeuroScience Technology - Herbert R. Sim

Brain-computer interfaces are seeing massive AI breakthroughs including neural bridges being built for learning, treatment of specific diseases and overcoming the electrical-to-biochemical language barrier. These trends are what will optimise the information bandwidth that comes with neuroscience technology. "A monkey has been able to control a computer with its brain." That almost unimaginable yet remarkably accurate observation was made by Elon Musk, author and CEO of Tesla. In his presentation, Musk switched between varying forms of "what is" to "what could be", before announcing the details surrounding Tesla Energy.

Elon Musk plans to link human brains to computers using tiny implants, but a new report warns the implants could leave us vulnerable to hackers. Speaking with Zdnet, Experts said cybercriminals can access these brain-computer interfaces (BCIs) to erase your skills and read thoughts or memories – a breach worse than any other system. To make the technology secure, systems need to'ensure that no unauthorized person can modify their functionality.' This could mean using similar security protocols found in smartphones such as encryption to antivirus software. Musk has been working on his startup Neuralink since 2016, which he says will one-day human brains to computers in order to avoid our species from being outpaced by artificial intelligence.

How thoughts could one day control electronic prostheses, wirelessly

The team has been focusing on improving a brain-computer interface, a device implanted beneath the skull on the surface of a patient's brain. This implant connects the human nervous system to an electronic device that might, for instance, help restore some motor control to a person with a spinal cord injury, or someone with a neurological condition like amyotrophic lateral sclerosis, also called Lou Gehrig's disease. The current generation of these devices record enormous amounts of neural activity, then transmit these brain signals through wires to a computer. But when researchers have tried to create wireless brain-computer interfaces to do this, it took so much power to transmit the data that the devices would generate too much heat to be safe for the patient. Now, a team led by electrical engineers and neuroscientists Krishna Shenoy, PhD, and Boris Murmann, PhD, and neurosurgeon and neuroscientist Jaimie Henderson, MD, have shown how it would be possible to create a wireless device, capable of gathering and transmitting accurate neural signals, but using a tenth of the power required by current wire-enabled systems. 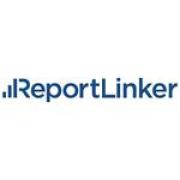 GNW - Data corresponding to global AI markets and their employability in HIV/AIDS and main medical issues - Discussion of recent achievements and breakthrough therapies related to HIV/AIDS disease segments - Underlying technological trends and major issues related to the utilization of AI for diagnosis and treatment of HIV/AIDS - Coverage of artificial neural networks and deep learning as primary AI algorithm types and their feasible healthcare applications within this field Summary: Artificial intelligence (AI) is a term used to identify a scientific field that covers the creation of machines aimed at reproducing wholly or in part the intelligent behavior of human beings. These machines include computers, sensors, robots, and hypersmart devices. GNW About Reportlinker ReportLinker is an award-winning market research solution. Reportlinker finds and organizes the latest industry data so you get all the market research you need - instantly, in one place.

The human brain has a limit on how much information it can process at once due to a finite energy supply, a new study reveals. UK neuroscientists say that energy supply to the brain remains constant and can't exceed an upper limit, however challenging a task is. But as the brain uses more energy in processing the task at hand, less energy is supplied to processing outside our immediate focus, they say. This results in what's known as'inattentional blindness' – when stimuli that's available in plain sight doesn't register, even if it's valuable to us. This can help explain why we are sometimes unable to concentrate on what our family members are telling us while we're playing video games or watching TV.

Realizing the full potential of AI in the workplace

Artificial intelligence (AI) is one of the signature issues of our time, but also one of the most easily misinterpreted. The prominent computer scientist Andrew Ng's slogan "AI is the new electricity"2 signals that AI is likely to be an economic blockbuster--a general-purpose technology3 with the potential to reshape business and societal landscapes alike. Just as electricity transformed almost everything 100 years ago, today I actually have a hard time thinking of an industry that I don't think AI will transform in the next several years.4 Such provocative statements naturally prompt the question: How will AI technologies change the role of humans in the workplaces of the future? An implicit assumption shaping many discussions of this topic might be called the "substitution" view: namely, that AI and other technologies will perform a continually expanding set of tasks better and more cheaply than humans, while humans will remain employed to perform those tasks at which machines ...

The Neuroscience of Spatial Navigation and the Relationship to Artificial Intelligence

Recent advances in artificial intelligence (AI) and neuroscience are impressive. In AI, this includes the development of computer programs that can beat a grandmaster at GO or outperform human radiologists at cancer detection. A great deal of these technological developments are directly related to progress in artificial neural networks—initially inspired by our knowledge about how the brain carries out computation. In parallel, neuroscience has also experienced significant advances in understanding the brain. For example, in the field of spatial navigation, knowledge about the mechanisms and brain regions involved in neural computations of cognitive maps—an internal representation of space—recently received the Nobel Prize in medicine. Much of the recent progress in neuroscience has partly been due to the development of technology used to record from very large populations of neurons in multiple regions of the brain with exquisite temporal and spatial resolution in behaving animals. With the advent of the vast quantities of data that these techniques allow us to collect there has been an increased interest in the intersection between AI and neuroscience, many of these intersections involve using AI as a novel tool to explore and analyze these large data sets. However, given the common initial motivation point—to understand the brain—these disciplines could be more strongly linked. Currently much of this potential synergy is not being realized. We propose that spatial navi...

Assistant HHS Secretary Admiral Brett Giroir weighs in on the coronavirus pandemic on'The Daily Briefing.' The leaders of the House Problem Solvers Caucus Friday expressed optimism that Republicans and Democrats will soon come together on a major coronavirus deal to continue supplemental unemployment benefits, help struggling small businesses and fund the reopening of schools. Tom Reed, R-N.Y., and Josh Gottheimer, D-N.J., predict an agreement will come within a matter of days. Negotiators are under pressure to act due to Friday's expiration of $600-per-week federal unemployment benefits, schools needing help to reopen this month and lawmakers wanting to preserve their August recess. "I think we're going to get this done this coming week," Gottheimer said in an interview with Fox News on Friday.

The Ethics of AI and Emotional Intelligence - The Partnership on AI

The experimental use of AI spread across sectors and moved beyond the internet into the physical world. Stores used AI perceptions of shoppers' moods and interest to display personalized public ads. Schools used AI to quantify student joy and engagement in the classroom. Employers used AI to evaluate job applicants' moods and emotional reactions in automated video interviews and to monitor employees' facial expressions in customer service positions. It was a year notable for increasing criticism and governance of AI related to emotion and affect.