Python is one of the most widely used programming languages in the world, and for good reason. Because of its vast libraries and flexible structure, it's simple to learn, has consistent and easy-to-parse syntax, and is utilized for artificial intelligence applications. The platform's spectacular ascent has sparked a devoted community, fueled in no little part by its adoption by big companies such as DropBox, Reddit, and Instagram, to name a few. Check out this list of Python developers to follow if you're seeking Python programmers who are leading the charge. The people on this list have solid technical credentials, are constantly adding new and interesting features to the platform, and have a strong social media presence.

(Part 2 of 4) How to Modernize Enterprise Data and Analytics Platform - by Alaa Mahjoub, M.Sc. Eng. In many cases, for an enterprise to build its digital business technology platform, it must modernize its traditional data and analytics architecture. A modern data and analytics platform should be built on a services-based principles and architecture. This part, provides a conceptual-level reference architecture of a modern D&A platform. Parts 3 and 4, will explain how these two reference architectures can be used to modernize an existing traditional D&A platform. This will be illustrated by providing an example of a Transmission System Operator (TSO) that modernizes its existing traditional D&A platform in order to build a cyber-physical grid for Energy Transition. However, the approaches used in this example can be leveraged as a toolkit to implement similar work in other vertical industries such as transportation, defence, petroleum, water utilities, and so forth.

Darren Oberst, Senior Corporate Vice President and Global Head of HCL Software, joins Innodata's Podcast, Absolute AI, as a guest on the topic, Conversations With the Humans Behind Artificial Intelligence. Darren discusses how he transformed his lifelong passion into a career in international leadership. At 10 years old, Darren learned to program. He wrote computer games, sold them to friends and even wrote his own computer language. As a techie at heart and a machine learning hobbyist, he eventually moved to the business side.

At its Build developers conference, Microsoft unveiled its first features in a customer product powered by GPT-3, the powerful natural language model developed by OpenAI, which will help users build apps without needing to know how to write computer code or formulas. GPT-3 will be integrated in Microsoft Power Apps, the low code app development platform that helps everyone from people with little or no coding experience -- so-called "citizen developers" -- to professional developers with deep programming expertise build applications to improve business productivity or processes. This includes apps to review non-profit gift donations, manage travel during COVID-19 or reduce overtime required to maintain wind turbines. For instance, the new AI-powered features will allow an employee building an e-commerce app to describe a programming goal using conversational language like "find products where the name starts with'kids.'" A fine-tuned GPT-3 model then offers choices for transforming the command into a Microsoft Power Fx formula, the open source programming language of the Power Platform, such as "Filter('BC Orders' Left('Product Name',4) "Kids").

Predictions about the New Software Development Trends in 2021–22

Software development is always changing, and it will continue to do so in the months ahead. Many of the changes we're likely to witness are driven by technological and societal needs. For example, the necessity for a safe means to execute contracts is propelling blockchain forward, while new applications of artificial intelligence (AI) are compelling the industry to consider "ethical AI." Every year, the situation for cybersecurity experts deteriorates. Regardless of how well-developed defenses get, attack methods continue to improve. Due to the rising use of home networks and personal devices, the switch to remote working increased the danger of security breaches for most enterprises.

Paravision has introduced a Software Development Kit (SDK) with Person Detection and Advanced Attribute Analytics capabilities to compliment or run independently of its facial recognition. The new computer vision toolset uses video streams or still images, and operates on standard compute platforms, operating systems, and programming languages, to detect the presence and location of people without necessarily identifying who they are with biometrics, according to a company statement. The system can also associate certain attributes with individuals detected. The capabilities can be used alongside Paravision's facial recognition technology as long as the video streams and photos have high enough image quality. The Person Detection capability works on a wide range of deployment distances, from far away with lower-resolution to higher resolution close up views and in different operational environments.

The best tech certifications for every IT professional 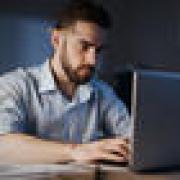 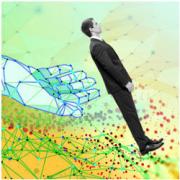 The pursuit of responsible AI raises the ante on both the trustworthy computing and formal methods communities.

A New Era for Mechanical CAD 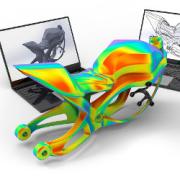 Computer-Aided Design (CAD) has been around since the 1950s. The first graphical CAD program, called Sketchpad, came out of MIT (designworldonline.com). Since then, CAD has become essential to designing and manufacturing hardware products. Today, there are multiple types of CAD. This article focuses on mechanical CAD, used for mechanical engineering. Digging into the history of computer graphics reveals some interesting connections between the most ambitious and notorious engineers. Ivan Sutherland, who received the Turing Award for Sketchpad in 1988, had Edwin Catmull as a student.