Even with the government's do not call list, spammers are still able to get through to millions of mobile phones each year. Not only are they annoying, but some people fall victim to their scams and give out personal information. To avoid this pitfall, you could decide to ignore all incoming phone calls or even try to screen them yourself, but these tactics are time-consuming and come with risks. Let an app like CallHero do the work for you by screening incoming calls and automatically blocking those that are spam. CallHero is part digital bouncer and part artificial intelligence secretary app that answers your calls when you don't want to.

The arms race between cybercriminals and cybersecurity professionals continues to escalate. And anyone watching the trajectory of this perpetual game of one-upmanship can see that this is a race towards implementing AI in the service of each side's goals. For instance, a report by Nokia revealed that AI-powered botnets look for vulnerabilities in Android devices, then load data-stealing malware that is only detected after the damage has been done. Networks now incorporate multi-cloud environments that are dynamic and often temporary, SD-WAN connections to branch offices to support critical business applications, and an increasingly mobile workforce. At the same time, devices are proliferating inside networks at an unprecedented pace, from a multitude of different end-user devices to IoT technology.

As Android has become increasingly popular, so has malware targeting it, thus pushing the research community to propose different detection techniques. However, the constant evolution of the Android ecosystem, and of malware itself, makes it hard to design robust tools that can operate for long periods of time without the need for modifications or costly re-training. Aiming to address this issue, we set to detect malware from a behavioral point of view, modeled as the sequence of abstracted API calls. We introduce MaMaDroid, a static-analysis based system that abstracts the API calls performed by an app to their class, package, or family, and builds a model from their sequences obtained from the call graph of an app as Markov chains. This ensures that the model is more resilient to API changes and the features set is of manageable size. We evaluate MaMaDroid using a dataset of 8.5K benign and 35.5K malicious apps collected over a period of six years, showing that it effectively detects malware (with up to 0.99 F-measure) and keeps its detection capabilities for long periods of time (up to 0.87 F-measure two years after training). We also show that MaMaDroid remarkably outperforms DroidAPIMiner, a state-of-the-art detection system that relies on the frequency of (raw) API calls. Aiming to assess whether MaMaDroid's effectiveness mainly stems from the API abstraction or from the sequencing modeling, we also evaluate a variant of it that uses frequency (instead of sequences), of abstracted API calls. We find that it is not as accurate, failing to capture maliciousness when trained on malware samples that include API calls that are equally or more frequently used by benign apps.

How to choose the best VPN for Android (Must read) 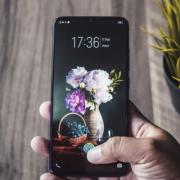 This is how you choose a good VPN for Android. The new year is upon us and pretty much each and every online consumer who is concerned about his/her online privacy knows that the modern world of the internet is no more a place that is safe. In fact, according to some experts, the past year was the most devastating in terms of the number of ransomware attacks launched and data centers hacked. If someone is using the internet on a regular basis without any protection then that someone is actually making a big mistake. It is pretty much inviting malicious and harmful privacy threats into one's home without any obstruction. On that note, it is also true that if software is eating up the world then artificial intelligence is eating up software. Artificial intelligence has taken a back seat to the term machine learning lately. And that data is something everyone wants from you.

Privacy as a product: The argument for trading your personal data for a cheaper car

The debate over privacy can leave consumers feeling torn between two bad options: disengage with the virtual world and maintain our anonymity or engage with the Internet and put our identity, finances, safety and perhaps even our democracy at risk. John Ellis, an auto futurist and formerly global technologist for Ford Motor Co., thinks we may have overlooked a third option. In his book, "The Zero Dollar Car," he argues that consumers should start thinking about their privacy as a product. Instead of concealing our private data, he argues, we should be able to sell it to companies, using the profits to lower the price of goods and services that feed off the information we produce. Ellis thinks the best way to start is with the modern car, a machine that has been transformed from a means of transportation into a sophisticated computer on wheels that offers even more access to our personal habits and behaviors than smartphones do.

The various pieces of technology that are in our lives could hand over our most personal information to hackers, the UK's most elite cyber security chiefs have warned. Smart phones, watches, televisions, and fitness trackers all collect information on their users that could be used to extort money from people or pose as them. An increasing amount of internet-connected deivces around the home allow hackers far more powerto use "aggressive" and "confrontational" tactics, according to a new report from the Cyber Security Centre (NCSC) and the National Crime Agency (NCA). It highlights the huge amount of personal information that those gadgets contain. Each of them has data including people's photos, personal messages and fitness information – which could be turned on their ownersm, according to the experts.