A Perspective on Theoretical Computer Science in Latin America 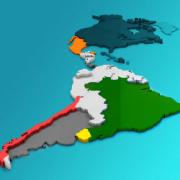 Theoretical computer science is everywhere, for TCS is concerned with the foundations of computing and computing is everywhere! In the last three decades, a vibrant Latin American TCS community has emerged: here, we describe and celebrate some of its many noteworthy achievements. Computer science became a distinct academic discipline in the 1950s and early 1960s. The first CS department in the U.S. was formed in 1962, and by the 1970s virtually every university in the U.S. had one. In contrast, by the late 1970s, just a handful of Latin American universities were actively conducting research in the area. Several CS departments were eventually established during the late 1980s. Often, theoreticians played a decisive role in the foundation of these departments. One key catalyst in articulating collaborations among the few but growing number of enthusiastic theoreticians who were active in the international academic arena was the foundation of regional conferences. 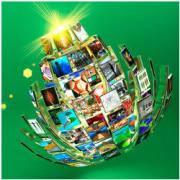 Welcome to the special section on Latin America, covering all the Spanish- and Portuguese-speaking countries from Rio Grande to Cape Horn. Latin America is a striving region, with many countries aiming at a developed status in the near future, while at the same time facing enormous challenges in inequality, education, and government. The region also supports a great wealth of biodiversity. With generally less resources for research and a more difficult path for technology transfer when compared to developed countries, we aimed at highlighting the excellent level of research in computer science that flourishes in the region, both on basic research and on problems that are unique to Latin America. We launched a general call for contributions welcoming research and development initiatives, large and small, aiming to cover as much as possible the diversity in development along the different countries.

8 Examples of Artificial Intelligence in our Everyday Lives

8 Examples of Artificial Intelligence in our Everyday Lives 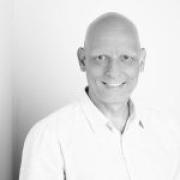 My last two articles of this column dealt with empowering sales, e-commerce and marketplaces and how to use them to increase business resilience by offering additional channels for customers. It is interesting (well, and a bit pleasing, too) to see that some of my arguments have been put into solutions, e.g. by Salesforce with its Salesforce Meetings and Salesforce Anywhere products, or by Zoho with it's Zoho Workplace suite that targets at enabling employees. In my consulting business I also see a notable rise of commerce projects, which also points in the same direction. In summary, it looks like corporations have acknowledged that they need to invest in business resilience and enabling sales. There are all sorts of customer service from low touch like FAQs to high touch like the visit of a service technician. Service centres get more distributed as agents shall not be crowded into confined workspaces, which makes software packages like the aforementioned even more important.

Its Shopsight application provides users access to project opportunities from ProdEX and enables remote assessment, quoting, and project management. Both systems incorporate 3Diligent's Connect interface which enables customers and manufacturers to communicate directly using a secure online portal and Zoom video conferencing tools. Operating similarly to traditional search engine marketing, manufacturers can create text ads that will display based on a customer's material and technology requirements. However, unlike traditional search engines, Connect is driven by RFQ inputs rather than generic keyword searches. As a result, manufacturers can customize their bids and visibility on dimensions such as material, technology, and program size to drive higher ROI.

How Google Is Using AI & ML To Improve Search Experience

Recently, the developers at Google detailed the methods and ways they have been using artificial intelligence and machine learning in order to improve its search experience. The announcements were made during the Search On 2020 event, where the tech giant unveiled several enhancements in AI that will help to get search results in the coming years. In 2018, the tech giant introduced the neural network-based technique for natural language processing (NLP) pre-training called Bidirectional Encoder Representations from Transformers or simply, BERT. Last year, the company introduced how BERT language understanding systems are helping to deliver more relevant results in Google Search. Since then, there have been enhancements in a lot of areas including the language understanding capabilities of the engine, search queries and more.

How AI is powering a more helpful Google - The WebShore

When I first came across the web as a computer scientist in the mid-90s, I was struck by the sheer volume of information online, in contrast with how hard it was to find what you were looking for. It was then that I first started thinking about search, and I've been fascinated by the problem ever since. We've made tremendous progress over the past 22 years, making Google Search work better for you every day. With recent advancements in AI, we're making bigger leaps forward in improvements to Google than we've seen over the last decade, so it's even easier for you to find just what you're looking for. Today during our Search On livestream, we shared how we're bringing the most advanced AI into our products to further our mission to organize the world's information and make it universally accessible and useful.

Got a song stuck in your head? Alphabet's (GOOG) Google can help. Now through its search widget, users can just hum, whistle, or sing a melody, and the search engine will provide the name of the song and who sings it. To use the new Google features, users will need to have the Google app and tap the microphone icon. Simply say to Google, "what's this song?' or click the "search a song" button.

Google has launched a new feature for its smart voice'Assistant' that lets you identify a song by simply humming, whistling or singing the tune. The feature, which is available on smartphones and smart speakers that use Google Assistant, uses machine learning to identify potential song matches. Users just need to tap the microphone on the search bar on the Google Assistant app and say'what's this song' or address their smart speakers by saying'Hey Google, what's this song?' before reciting it to the best of their ability. Without lyrics or even a perfect-pitch performance, the new tool will return potential matches and help the user identify the song that's been stuck in their head. In MailOnline's tests, the technology successfully identified 60 per cent of the songs hummed, sang or whistled into the Google Assistant mobile app.