Algorithmic Nudges Don't Have to Be Unethical Companies are increasingly using algorithms to manage and control individuals not by force, but rather by nudging them into desirable behavior -- in other words, learning from their personalized data and altering their choices in some subtle way. Since the Cambridge Analytica Scandal in 2017, for example, it is widely known that the flood of targeted advertising and highly personalized content on Facebook may not only nudge users into buying more products, but also to coax and manipulate them into voting for particular political parties. University of Chicago economist Richard Thaler and Harvard Law School professor Cass Sunstein popularized the term "nudge" in 2008, but due to recent advances in AI and machine learning, algorithmic nudging is much more powerful than its non-algorithmic counterpart. With so much data about workers' behavioral patterns at their fingertips, companies can now develop personalized strategies for changing individuals' decisions and behaviors at large scale. These algorithms can be adjusted in real-time, making the approach even more effective.

The Massachusetts College of Art and Design is holding a virtual auction to help support student scholarships. The silent auction portion of the fundraising event ends at noon on April 11, while a live auction takes place online on the evening of April 10. The 32nd annual MassArt Auction is the second conducted online due to the pandemic. Artists who have had their works juried into the auction donate either 50% or 100% of the sale price to support MassArt scholarships. The two auctions will feature over 300 works from MassArt students, graduates, members of the faculty and others.

McGill study aims to make social media contributions more useful to crisis managers Can combining deep learning (DL)— a subfield of artificial intelligence— with social network analysis (SNA), make social media contributions about extreme weather events a useful tool for crisis managers, first responders and government scientists? An interdisciplinary team of McGill researchers has brought these tools to the forefront in an effort to understand and manage extreme weather events. The researchers found that by using a noise reduction mechanism, valuable information could be filtered from social media to better assess trouble spots and assess users’ reactions vis-à-vis extreme weather events. The results of the study are published in the Journal of Contingencies and Crisis Management. Diving into a sea of information “We reduced the noise by finding out who was being listened to, and which were authoritative sources,” explains Renee Sieber, Associate Professor in McGill’s Department of Geography and lead author of this study. “This ability is important because it is quite difficult to assess the validity of the information shared by Twitter users.” The team based their study on Twitter data from the March 2019 Nebraska floods in the United States, which caused over $1 billion in damage and widespread evacuations of residents. In total, over 1,200 tweets were analyzed and classified. “Social network analysis can identify where ​people get their information during an extreme weather event. Deep learning allows us to better understand the content ​ of this information by classifying thousands of tweets into fixed categories, for example, ‘infrastructure and utilities damage’ or ‘sympathy and emotional support’,” says Sieber. The researchers then introduced a two-tiered DL classification model – a first in terms of integrating these methods in a way that could be useful to crisis managers. The study highlighted some issues regarding the use of social media analysis for this purpose, notably its failure to note that events are far more contextual than expected by labelled datasets, such as the CrisisNLP, and the lack of a universal language to categorize terms related to crisis management. The preliminary exploration performed by the researchers also found that a celebrity call out was featured prominently – this was indeed the case for the 2019 Nebraska floods, where a tweet from pop singer Justin Timberlake was shared by a large number of users, though it did not prove to be of use for crisis managers. “Our findings tell us that information content varies between different types of events, contrary to the belief that there is a universal language to categorize crisis management; this limits the use of labelled datasets on just a few types of events, as search terms may change from one event to another.” “The vast amount of social media data the public contributes about weather suggests it can provide critical information in crises, such as snowstorms, floods, and ice storms. We are currently exploring transferring this model to different types of weather crises and addressing the shortcomings of existing supervised approaches by combining these with other methods,” says Sieber. About this study “Using deep learning and social network analysis to understand and manage extreme flooding” by Renee Sieber and al. was published in the Journal of Contingencies and Crisis Management. This study was funded by Environment Canada. About McGill University Founded in Montreal, Quebec, in 1821, McGill University is Canada’s top ranked medical doctoral university. McGill is consistently ranked as one of the top universities, both nationally and internationally. It is a world-renowned institution of higher learning with research activities spanning two campuses, 11 faculties, 13 professional schools, 300 programs of study and over 40,000 students, including more than 10,200 graduate students. McGill attracts students from over 150 countries around the world, its 12,800 international students making up 31% per cent of the student body. Over half of McGill students claim a first language other than English, including approximately 19% of our students who say French is their mother tongue.

Opinion: How AI can protect users in the online world

With more than 74 percent of Gen Z spending their free time online – averaging around 10 hours per day – it's safe to say their online and offline worlds are becoming entwined. With increased social media usage now the norm and all of us living our lives online a little bit more, we must look for ways to mitigate risks, protect our safety and filter out communications that are causing concern. Step forward, Artificial Intelligence (AI) – advanced machine learning technology that plays an important role in modern life and is fundamental in how today's social networks function. With just one click AI tools such as chatbots, algorithms and auto-suggestions impact what you see on your screen and how often you see it, creating a customised feed that has completely changed the way we interact on these platforms. By analysing our behaviours, deep learning tools can determine habits, likes and dislike and only display material they anticipate you will enjoy. 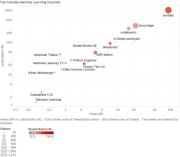 KDnuggets recently brought you the Top YouTube Channels for Data Science, employing a qualitative approach to identifying those channels of value on the platform. As the endeavour seemed to be be useful to some of our readers, we have repeated the exercise, this time bringing you the top machine learning channels that YouTube has to offer. For this iteration we changed up our metric for determining the "top" channels. We have maintained our quantitative approach, but tweaked the specifics. The results to this search were gathered on March 21, 2021, and appeared at this URL at the time. 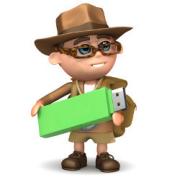 The world is facing enormous challenges, ranging from climate change to extreme poverty. The 2030 Agenda for Sustainable Development and its 17 Sustainable Development Goals (SDGs)a were adopted by United Nations Member States in 2015 as an operational framework to address these challenges. The SDGs include No Poverty, Quality Education, Gender Equality, Peace, Justice and Strong Institutions, among others, as well as a meta goal on Partnerships for the Goals. Despite limitations,7 the SDGs form a rare global consensus of all 193 UN member states on where we should collectively be heading. Goals are meaningless without a way to track their progress. Data on the SDGs and the associated indicatorsb are often outdated or unavailable, hindering progress during the Decade of Action leading up to 2030.c

Facebook has announced new updates for Instagram in order to keep young people safer on the platform, including making it more difficult for adults to direct message teenagers, encouraging private accounts, and safety notices in Instagram's direct messages. Many of the changes focus on direct messaging, where Instagram users can privately chat to other Facebook users, as well as increasing the use of machine learning and artificial intelligence to detect the real ages of users on the platform. Among the new features include blocking adults from sending messages to people under 18 who they are not already following; the adult user will then receive a notification from Instagram that direct messaging is not available. "This feature relies on our work to predict peoples' ages using machine learning technology, and the age people give us when they sign up. As we move to end-to-end encryption, we're investing in features that protect privacy and keep people safe without accessing the content of DMs," Instagram said.

As transparency becomes key for robotics and AI, it will be necessary to evaluate the methods through which transparency is provided, including automatically generated natural language (NL) explanations. Here, we explore parallels between the generation of such explanations and the much-studied field of evaluation of Natural Language Generation (NLG). Specifically, we investigate which of the NLG evaluation measures map well to explanations. We present the ExBAN corpus: a crowd-sourced corpus of NL explanations for Bayesian Networks. We run correlations comparing human subjective ratings with NLG automatic measures. We find that embedding-based automatic NLG evaluation methods, such as BERTScore and BLEURT, have a higher correlation with human ratings, compared to word-overlap metrics, such as BLEU and ROUGE. This work has implications for Explainable AI and transparent robotic and autonomous systems.

US researchers found attractiveness and race preferences were the top predictors of whether people would swipe left or right – and nearly twice as important as any other factors. Other individual characteristics – such as personality and hobbies – were poor predictors of which way someone would swipe. On dating apps, a swipe left means you're not interested in the person, while a swipe right means you are interested. The average time for swiping right was just below one second. However, if a swiper didn't like someone, this time got even shorter to about half a second.