Programming languages: Python just got a boost from Facebook's Meta

Meta, which owns Facebook, has given $300,00 to the Python Software Foundation (PSF), the group that maintains Core Python (CPython) – the open-source programming language that powers most machine learning (ML) and artificial intelligence apps. "Python is very important to Meta," said the PSF, noting that PyTorch is built on Python, accelerating the path from ML research and prototyping to production within Meta and across the open-source ML ecosystem. Cinder is Meta's performance-oriented version of Python that allows Instagram to run at global scale, while Pyre is a performant type-checker used by thousands of Python developers in Meta. Here's a list of the most popular programming languages and where to learn them Meta's investment in PSF will "provide critical support to the PSF and fund a second year of the successful Developer-in-Residence program," the PSF said in a blogpost. SEE: Worried your developers will quit?

Samsung said on Friday it will commence a software update "as soon as possible" to address consumer complaints about a preinstalled app limiting the performance of Galaxy S22 smartphones. The issue stems from the Game Optimising Service (GOS) app on the phones, which automatically limits the performance of devices when it detects a gaming app is in operation. The South Korean tech giant said it plans to add an option in its game launcher app to allow users to prioritise performance through the software update. More details on how this option will work are expected to be announced later. Samsung previously explained that the GOS app was put on devices to prevent them from overheating and losing battery too quickly during gaming for consumer safety.

Want to be a developer? These are the coding skills that can get you hired

There aren't enough developers to meet demand, making it a great time to get into coding. Technology recruiters say they are struggling to find experienced full-stack engineers to meet the growing demand for web app development in a candidate-driven tech jobs market. Developer recruitment platform CodinGame and online technical assessment platform CoderPad surveyed 4,000 tech recruiters to identify the most in-demand tech roles, technical skills, programming languages and frameworks in 2022. Over 10,000 developers were also polled to identify whether their skillsets and professional aspirations were aligned with the needs of employers. The top three skills recruiters are looking to hire for this year are web development, DevOps and AI/machine learning, the survey found.

SOMEBODY LESS driven than Tom Siebel would have long since thrown in the towel. In 2006 the entrepreneur, then 53 years old, sold his first firm, Siebel Systems, which made computer programs to track customer relations, to Oracle, a giant of business software. That left him a billionaire--but a restless one. In 2009, a few months after Mr Siebel had launched a new startup, he was trampled by an elephant while on safari in Tanzania. When, a dozen surgeries later, he could work again, the enterprise almost went bankrupt.

Although Raman spectroscopy is widely used for the investigation of biomedical samples and has a high potential for use in clinical applications, it is not common in clinical routines. One of the factors that obstruct the integration of Raman spectroscopic tools into clinical routines is the complexity of the data processing workflow. Software tools that simplify spectroscopic data handling may facilitate such integration by familiarizing clinical experts with the advantages of Raman spectroscopy. Here, RAMANMETRIX is introduced as a user-friendly software with an intuitive web-based graphical user interface (GUI) that incorporates a complete workflow for chemometric analysis of Raman spectra, from raw data pretreatment to a robust validation of machine learning models. The software can be used both for model training and for the application of the pretrained models onto new data sets. Users have full control of the parameters during model training, but the testing data flow is frozen and does not require additional user input. RAMANMETRIX is available in two versions: as standalone software and web application. Due to the modern software architecture, the computational backend part can be executed separately from the GUI and accessed through an application programming interface (API) for applying a preconstructed model to the measured data. This opens up possibilities for using the software as a data processing backend for the measurement devices in real-time. The models preconstructed by more experienced users can be exported and reused for easy one-click data preprocessing and prediction, which requires minimal interaction between the user and the software. The results of such prediction and graphical outputs of the different data processing steps can be exported and saved. 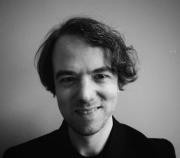 Rob Gibbon, Product Manager at Canonical, and Gabriel Aguiar Noury, Robotics Product Manager at Canonical, the publisher of Ubuntu discuss their predictions and AI/ML & IoT trends in 2022. Whilst the AI/ML adoption trend accelerates, shadow IT environments and ungoverned cloud run costs will increasingly become an unacceptable, untenable marker of bad business. Organizations have become savvy, and discerning buyers are increasingly looking to move cost-sensitive, high run-rate applications back on-premise as effective private cloud options gain currency. "The IoT market is in a defining stage. People have adopted more and more IoT devices and connected them to the Internet. However, they've also downloaded apps onto their phones to control these devices, without even reading the terms and conditions. They've also been providing passwords and more sensitive data without understanding where they will be stored and how they will be protected. And even more importantly, they're using devices without checking if they are getting security updates. The Morris worm was the first computer worm that gained significant mainstream media attention after it infested millions of computers and paralyzed the Internet for several days. It was because of this scandal that the US took cybersecurity risks seriously. And now, just like in 1988, people are not thinking enough about security risks, so it is up to the IoT companies themselves to take control of the situation. In 2022, we predict that more and more governments will start demanding that IoT manufacturers declare how long IoT devices will keep receiving security maintenance to their customers up-front. The UK is one of the first countries that start working on such regulations, conscious of the interconnected risk that IoT devices bring. The global IoT market is expected to reach a value of $1386 billion USD by 2026 (up from $761 billion USD in 2020). Either the industry and governments start taking security risks seriously, or another Morris worm will force the industry to change."