The UK's Information Commissioner's Office (ICO) has provisionally fined the facial recognition company Clearview AI £17 million ($22.6 million) for breaching UK data protection laws. It said that Clearview allegedly failed to inform citizens that it was collecting billions of their photos, among other transgressions. It has also (again, provisionally) ordered it to stop further processing of residents' personal data. The regulator said that Clearview apparently failed to process people's data "in a way that they likely expect or that is fair." It also alleged that the company failed to have a lawful reason to collect the data, didn't meet GDPR standards for biometric data, failed to have a process that prevents data from being retained indefinitely and failed to inform UK residents what was happening to their data.

A US company that gathered photos of people from Facebook and other social media sites for use in facial recognition by its clients is facing a £17m fine after the Information Commissioner's Office found it had committed "serious breaches" of data protection law. Clearview AI, which describes itself as the "world's largest facial network", allows its customers to compare facial data against a database of over 10bn images harvested from the internet. The database is "likely to include the data of a substantial number of people from the UK and may have been gathered without people's knowledge from publicly available information online, including social media platforms", the ICO said. Clearview's technology had been offered on a "free trial basis" to UK law enforcement agencies, the data regulator added. It said Clearview had broken data protection law by failing to process the information of people in the UK in a way they were likely to expect or that was fair.

Specialized webcams that support Windows Hello are still, surprisingly, rare. Microsoft's secure-login system using fingerprint, biometric, and facial recognition technology is, after all, a unique feature of Windows 10 and Windows 11. It makes sense users would want to pair a desktop PC or older laptop with a Windows Hello-compatible camera in order to get its convenient security benefits. You might think that Microsoft's just-announced Modern Webcam would be an option, but, alas, it offers no Windows Hello support! That omission is even weirder given that Microsoft's Windows 10 21H1 release prioritizes external, Windows Hello-enabled webcams over the integrated laptop camera.

Instagram is asking some users to upload video selfies in an attempt to cut down on the number of bots on the site. The Meta-owned social network started making the request back in August 2020, but it paused the program soon thereafter after running into some technical issues, according to XDA Developers. Screenshots posted by several insiders this week, however, indicate it's still engaging in the practice to some extent. In a series of tweets Tuesday evening, Instagram's PR team said the company introduced video selfies more than a year ago'to help confirm that there's a person behind an account, and not a bot.' Accounts that act suspiciously -- including liking lots of posts or following a ton of accounts'in a matter of seconds,' according to the Instagram Comms team -- may be asked to provide a video. According to Instagram, the platform is not using a facial recognition program or collecting biometric data and the clips are deleted within 30 days of being posted.

On the other hand, Clearview Ai company has decided to maintain its innocence and defende that their business wasn't concerned with Australia and has no Australian druggies. The CEO of the New York grounded company, Hoan Ton-That, the practice was n't illegal and was done keeping all the laws and regulation in mind. He cleared that the facial images which were scrapped of the multitudinous social media platforms similar as LinkedIn, Facebook, Instagram, and others, were the bones available on open internet and didn't violate any law. H indeed expressed his disheartening and disappointment over the fact that he respects the country, its citizens and the officers who spent time and energy on the inquiry, but his technology was misinterpreted and devaluated.

Facebook promises to delete over 1 billion face scans, but law enforcement still has the data

Its permanent searchable database is accessed by more than 2,400 police agencies including US Immigration and Customs Enforcement (ICE). Clearview AI uses an algorithm to extract unique features in the human face to create a trackable "faceprint." The EU has stringent personal privacy standards, including the GDPR and the Right to Be Forgotten, which are in conflict with Clearview AI's methods. Facial recognition technology has received substantial backlash for its racial bias and inaccuracy, which have resulted in numerous false arrests. At least 14 US cities have banned facial recognition use, and Maine and Massachusetts passed statewide laws banning the tech from law enforcement.

Facebook archived more than a billion user faces. Now it's deleting them. 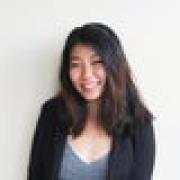 On Tuesday, Facebook announced that it was ending its Face Recognition system on the app and rolling back the technology in the coming weeks. In a press release, Jerome Pesenti, VP of artificial intelligence at Meta (the new name for Facebook's parent company), said that the shutting down of the Face Recognition system and the imminent deletion of Facebook's library of facial recognition templates is "a company-wide move away from this kind of broad identification, and toward narrower forms of personal authentication." Soon, Facebook will no longer automatically recognize people's faces in Memories, photos or videos uploaded to the app, or give suggestions for tagging who's in a photo or video. It will also not be able to notify users if they appear in other photos or videos across the site. However, users can still manually tag friends in photos.

Facebook is almost fully abandoning facial recognition, but its parent company Meta isn't. On November 2, the world's largest social media network said it's going to stop using facial recognition technology (FRT) systems on its platform and delete facial recognition templates for billions of people. However, Meta spokesperson Jason Grosse told Recode that the move doesn't apply to its upcoming metaverse products. The social media firm rebranded to Meta on October 29 when chief executive Mark Zuckerberg announced that the company is shifting its focus to building a future metaverse. "The next platform will be even more immersive -- an embodied internet where you're in the experience, not just looking at it. We call this the metaverse, and it will touch every product we build," Zuckerberg said in a letter following the Facebook Connect event.