My name is Sebastian, and I am a machine learning and AI researcher with a strong passion for education. As Lead AI Educator at Grid.ai, I am excited about making AI & deep learning more accessible and teaching people how to utilize AI & deep learning at scale. I am also an Assistant Professor of Statistics at the University of Wisconsin-Madison and author of the bestselling book Python Machine Learning. 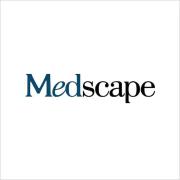 New and continuously improving treatment options such as thrombolysis and thrombectomy have revolutionized acute stroke treatment in recent years. Following modern rhythms, the next revolution might well be the strategic use of the steadily increasing amounts of patient-related data for generating models enabling individualized outcome predictions. Milestones have already been achieved in several health care domains, as big data and artificial intelligence have entered everyday life. The aim of this review is to synoptically illustrate and discuss how artificial intelligence approaches may help to compute single-patient predictions in stroke outcome research in the acute, subacute and chronic stage. We will present approaches considering demographic, clinical and electrophysiological data, as well as data originating from various imaging modalities and combinations thereof. We will outline their advantages, disadvantages, their potential pitfalls and the promises they hold with a special focus on a clinical audience.

In today’s era of technology, especially in the Internet commerce and banking, the transactions done by the Mastercards have been increasing rapidly. The card becomes the highly useable equipment for Internet shopping. Such demanding and inflation rate causes a considerable damage and enhancement in fraud cases also. It is very much necessary to stop the fraud transactions because it impacts on financial conditions over time the anomaly detection is having some important application to detect the fraud detection. A novel framework which integrates Spark with a deep learning approach is proposed in this work. This work also implements different machine learning techniques for detection of fraudulent like random forest, SVM, logistic regression, decision tree, and KNN. Comparative analysis is done by using various parameters. More than 96% accuracy was obtained for both training and testing datasets. The existing system like Cardwatch, web service-based fraud detection, needs labelled data for both genuine and fraudulent transactions. New frauds cannot be found in these existing techniques. The dataset which is used contains transaction made by credit cards in September 2013 by cardholders of Europe. The dataset contains the transactions occurred in 2 days, in which there are 492 fraud transactions out of 284,807 which is 0.172% of all transaction.

The company has raised $100 million in round C funding with the aim of becoming the "GitHub of machine learning". Inflection -- is an AI-first company aiming to redefine human-computer interaction. It is led by LinkedIn and DeepMind co-founders and was referenced in our Newsletter #68. The company has now raised $225 million in venture funding to use AI to help humans "talk" to computers. Unlearn -- aims to accelerate clinical trials by using AI, digital twins, and novel statistical methods to "enable smaller control groups while maintaining power and generating evidence suitable for supporting regulatory decisions".

A combined imaging–clinical risk prediction model including the use of deep learning to predict sudden cardiac death (SCD) seems promising in patients with ischemic cardiomyopathy. A deep learning model could potentially recommend precision implantable cardioverter–defibrillator (ICD) implantation, leading to a personalized approach to the primary prevention of SCD. Therefore, an urgent need exists to design deep-learning-guided clinical trials. A potential example could be randomizing patients to ICD implantation versus conventional therapy based either on deep learning model prediction or on traditional ICD indications, which are primarily based on left ventricular ejection fraction (LVEF) and New York Heart Association (NYHA) functional class (from the MADIT‐II and SCD‐HeFT trials). 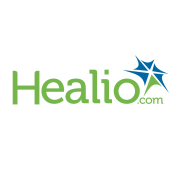 Automated deep learning analysis of fundus photographs showed high diagnostic accuracy in determining primary open-angle glaucoma, with increased ability to detect glaucoma earlier than human readers. A deep learning (DL) algorithm was trained, validated and tested on the fundus stereophotographs of participants enrolled in the Ocular Hypertension Treatment Study (OHTS), a randomized clinical trial evaluating the safety and efficacy of IOP-lowering medications in preventing progression from ocular hypertension to primary open-angle glaucoma (POAG). Assessment of optic disc and visual field changes in the OHTS was performed by two reading centers and a masked committee of glaucoma specialists, "a demanding, laborious and complicated task," according to the authors. The OHTS data set consisted of fundus photographs from 1,636 participants, of which 1,147 were included in the training set, 167 in the validation set and 322 in the test set. The DL model detected conversion to POAG with high diagnostic accuracy, suggesting that artificial intelligence can offer a reliable tool to automate the determination of glaucoma for clinical trial management, simplifying the process of human interpretation and, possibly, making it more standardized, objective and accurate.