All About Decision Tree from Scratch with Python Implementation

Formally a decision tree is a graphical representation of all possible solutions to a decision. These days, tree-based algorithms are the most commonly used algorithms in case of supervised learning scenarios. They are easier to interpret and visualize with great adaptability. We can use tree-based algorithms for both regression and classification problems, However, most of the time they are used for classification problem. Let's understand a decision tree from an example: Yesterday evening, I skipped dinner at my usual time because I was busy taking care of some stuff. Later in the night, I felt butterflies in my stomach.

This article was published as a part of the Data Science Blogathon. Decision Tree is one of the most intuitive and effective tools present in a Data Scientist's toolkit. It has an inverted tree-like structure that was once used only in Decision Analysis but is now a brilliant Machine Learning Algorithm as well, especially when we have a Classification problem on our hands. These decision trees are well-known for their capability to capture the patterns in the data. But, excess of anything is harmful, right?

A decision tree is a non-parametric supervised machine learning algorithm. It is extremely useful in classifying or labels the object. It works for both categorical and continuous datasets. It is like a tree structure in which the root node and its child node should be present. It has a child node that denotes a feature of the dataset. Prediction can be made with a leaf or terminal node.

HDTree: A Customizable and Interactable Decision Tree Written in Python

This story will introduce yet another implementation of Decision Trees, which I wrote as part of my thesis. Firstly, I will try to motivate why I have decided to take my time to come up with an own implementation of Decision Trees; I will list some of its features but also will list the disadvantages of the current implementation. Secondly, I will guide you through the basic usage of HDTree using code snippets and explaining some details along the way. Lastly, there will be some hints on how to customize and extend the HDTree with your own chunks of ideas. However, this article will not guide you through all of the basics of Decision Trees. There are really plenty of resources out there [1][2][3][16].

So now that we've covered the basics of machine learning with regression models, let's move onto something a little more sophisticated: Decision Trees. What is a decision tree you ask? A decision tree is a set of questions you can ask to classify different data points. It's called a tree because it's in a tree like shape, just inverted. If you've got the weather forecast for the day, it'd be pretty easy to look at it and determine if you'd want to go play tennis that day. 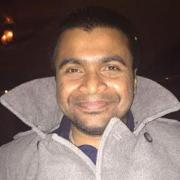 Contributions are very welcome, please share back with the wider community (and get credited for it)! Please have a look at the CONTRIBUTING guidelines, also have a read about our licensing policy.

Nonlinear metrics, such as the F1-score, Matthews correlation coefficient, and Fowlkes-Mallows index, are often used to evaluate the performance of machine learning models, in particular, when facing imbalanced datasets that contain more samples of one class than the other. Recent optimal decision tree algorithms have shown remarkable progress in producing trees that are optimal with respect to linear criteria, such as accuracy, but unfortunately nonlinear metrics remain a challenge. To address this gap, we propose a novel algorithm based on bi-objective optimisation, which treats misclassifications of each binary class as a separate objective. We show that, for a large class of metrics, the optimal tree lies on the Pareto frontier. Consequently, we obtain the optimal tree by using our method to generate the set of all nondominated trees. To the best of our knowledge, this is the first method to compute provably optimal decision trees for nonlinear metrics. Our approach leads to a trade-off when compared to optimising linear metrics: the resulting trees may be more desirable according to the given nonlinear metric at the expense of higher runtimes. Nevertheless, the experiments illustrate that runtimes are reasonable for majority of the tested datasets.

SeqROCTM: A Matlab toolbox for the analysis of Sequence of Random Objects driven by Context Tree Models

In several research problems we face probabilistic sequences of inputs (e.g., sequence of stimuli) from which an agent generates a corresponding sequence of responses and it is of interest to model/discover some kind of relation between them. To model such relation in the context of statistical learning in neuroscience, a new class of stochastic process have been introduced [5], namely sequences of random objects driven by context tree models. In this paper we introduce a freely available Matlab toolbox (SeqROCTM) that implements three model selection methods to make inference about the parameters of this kind of stochastic process.