Women Leaders in Data Science: Top Influentials from the Industry

The thriving industry of Data Science is continuously evolving with the technological advancements in Machine Learning and Artificial intelligence. This has opened up whole new avenues for Data Scientists worldwide. Professionals who can handle Big Data and have the necessary knowledge required for understanding, analysing and processing data are in high demand in the job market. However, there is one important thing that also needs to be addressed is the raging problem caused by the gender gap in this sector. As per the statistical report from the Boston Consulting Group, only 15 to 22 per cent of the Data Science-related professional roles are occupied by women.

CPOs and their teams can take a page from this book and set themselves up for success going forward. Here's what they can consider: Focus on relationships and influence across functions and supply markets: Our research found that high performers and agility masters perform better on a higher "quality of [stakeholder] influence" rather than just the "quantity of sourcing-centric [spend] influence." Procurement organizations need to think of managed service providers and ecosystem partners as their extended enterprise and put stakeholder/customer management at the center of their strategy. They can build collaborative muscle by flipping their linear sourcing-centric approach to third-party/partner management and developing a holistic supplier management approach. Define a truly balanced scorecard: CPOs have generally done well in terms of achieving their savings targets.

Deloitte: How sensitive AI data may become more private and secure in 2022

With consumers concerned about their privacy and security, ensuring that user data is protected should be a top priority for any organization. But throw artificial intelligence into the mix, and the obstacles become even greater. New tools that can better safeguard AI-based data are already here. Though they're not yet practical, organizations should be aware of how they may play out in 2022 and beyond. In a report released on Wednesday, consulting firm Deloitte describes two tools that can make AI tasks such as machine learning more private and secure. 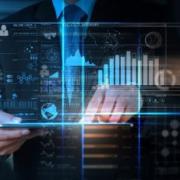 As AI is adopted by a growing number of organizations and functions within an organization, it is a capability that must command the attention and active governance of the C-suite and board of directors.

AI has now made it onto CEOs' agendas. While the topic certainly isn't new, CEOs have learned that the idea of AI is far simpler than its effective application. To get there, companies need to start with their business objectives and then use AI in ways that advance those objectives rather than just implementing AI for AI's sake and hoping it can add value later. Meanwhile, CEO attitudes about AI and machine learning or ML (a subset of AI techniques) have been changing as it relates to digital disruption. In the beginning, it was about understanding what digital disrupters do and how they do it.

Biggest influencers in AI: The top ten individuals to follow

GlobalData has identified ten of the biggest influencers in AI on Twitter during Q3 2019, using its Influencer Platform. GlobalData research has found the top AI influencers based on their performance and engagement online. Using research from GlobalData's Influencer platform, Verdict has named ten of the most influential people in AI on Twitter during Q3 2019. Ronald van Loon is a Big Data expert and Director at Advertisement, a data and analytics consultancy firm. He helps data-driven companies in executing data and analytics strategies to become more successful.

Deloitte introduced ReadyAI, a full portfolio of capabilities and services to help organizations accelerate and scale their artificial intelligence (AI) projects. ReadyAI brings together skilled AI specialists and managed services in a flexible AI-as-a-service model designed to help clients scale AI throughout their organizations. The AI market is expected to exceed $191 billion by 2024, growing at 37% compound annual growth rate. As organizations accelerate their adoption of AI, many struggle with challenges such as limited access to specialized talent, slow development cycles, and the resources to continuously maintain AI models. Creating and sustaining AI models at scale typically requires people with capabilities across data science, IT operations and user experience (UX) who work seamlessly towards a common goal.

AI development, training at the tactical edge inches towards reality

The ability for networked communications, intelligence, surveillance, and reconnaissance (ISR) and other artificial intelligence (AI)-enabled end-user platforms to update and enhance their embedded AI algorithms, based on the data collected on the battlefield in real time, could soon be a reality. The current slate of AI-enabled tools and associated algorithms being integrated into deployable combat and intelligence platforms for US Armed Forces and government agencies can execute "inference at the edge", as in predictive analysis of collected data to narrow down a list of potential options or outcomes for a combat commander, said Booz Allen Hamilton vice president Justin Neroda. While actual AI algorithm training and development at that tactical edge is relatively non-existent with the current crop of AI systems, "I think that will become more and more prevalent," said Neroda, who heads the company's Strategic Innovation group focusing on AI, machine learning, and advanced analytics. "It is really about how do you do the math to compile that inference back to a central node, without sending all the data back. That is really the trick in that … and there are several approaches that we are looking at, in how do you do that effectively," he told Janes.